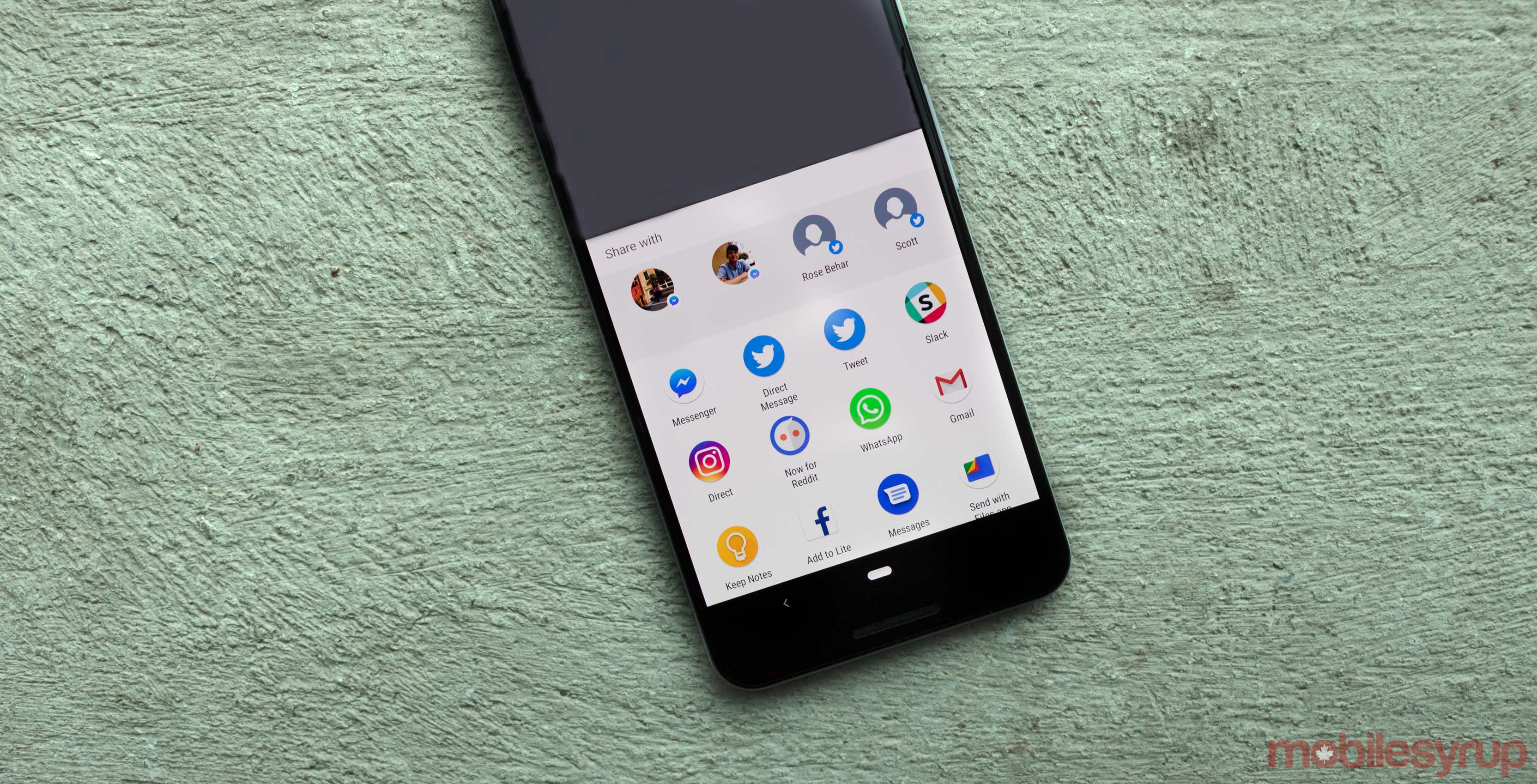 Google is working on a complete redesign of Android’s ‘Share Menu.’

However, the vice president of engineering for Android, David Burke, recent confirmed on Twitter that the company is working on fixing the issue.

It's a priority, just a big job. We're working on a redesign with a different underlying data model (push vs pull) that will be much faster and nicer to use.

Burke mentions that the Android ‘Share Menu’ is an important task on Google’s list and that the redesign will be “much faster and nicer to use.”

It’s unclear when the change will happen, though considering it’s a “big job” it might be a while before the Android “Share Menu’ update reaches Android phones.