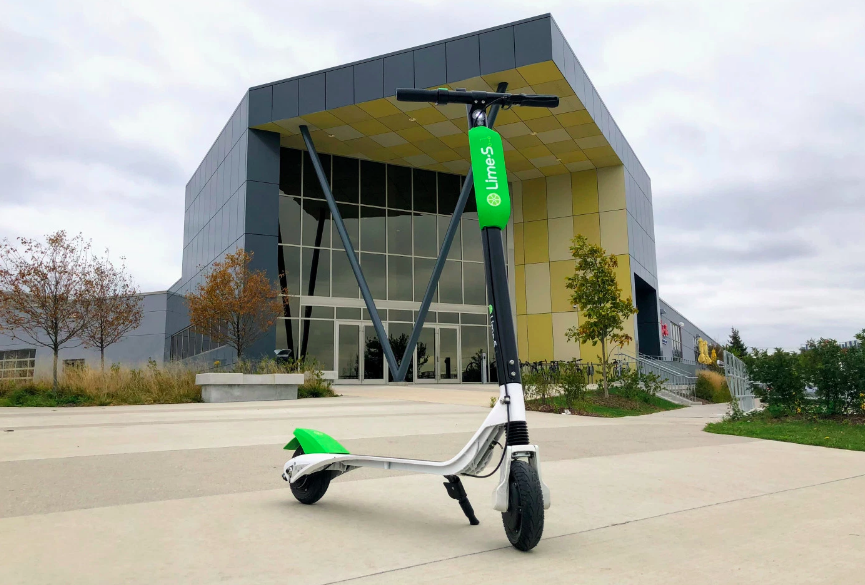 The future is now and it’s called the ‘e-scooter.’

While the electric scooter phenomena has taken shape in several cities in the United States, Canada has quietly watched from the sidelines.

However, the City of Waterloo and Lime, whose corporate name is Neutron Holdings, have come to a partnership that will see a pilot project go live during the summer of 2019. This pilot in the Waterloo region is set to be the first of its type in Ontario and possibly Canada.

In the United States, Lime‘s e-scooters are used on a rental/shared service and cost $1 to unlock plus $0.15 per minute in most areas.

“Mobility trends are evolving and the e-scooter market is growing quickly particularly in the United States. An e-scooter is an electric two-wheeled vehicle designed with a step-through frame with use of kickstand. This form of transport is popular in many university towns, as well as, tech communities, tourist locations with a niche to address the ‘last mile’ trip,” stated the transcript from the City of Waterloo’s agenda Council meeting minutes.

The ‘living lab experience’ for the pilot project is located between the David Johnston Research and Technology Park and extends into the Idea Quarter district and runs along the Laurel Trail to the Uptown Promenade.

As per the pilot project agreement, Lime e-scooters are permitted to operate between 7:00am to 9:00pm daily and all vehicles are to be removed from service after 9:00pm. The maximum speed of 24 kilometers per hour will apply to all e-scooters during this pilot project.