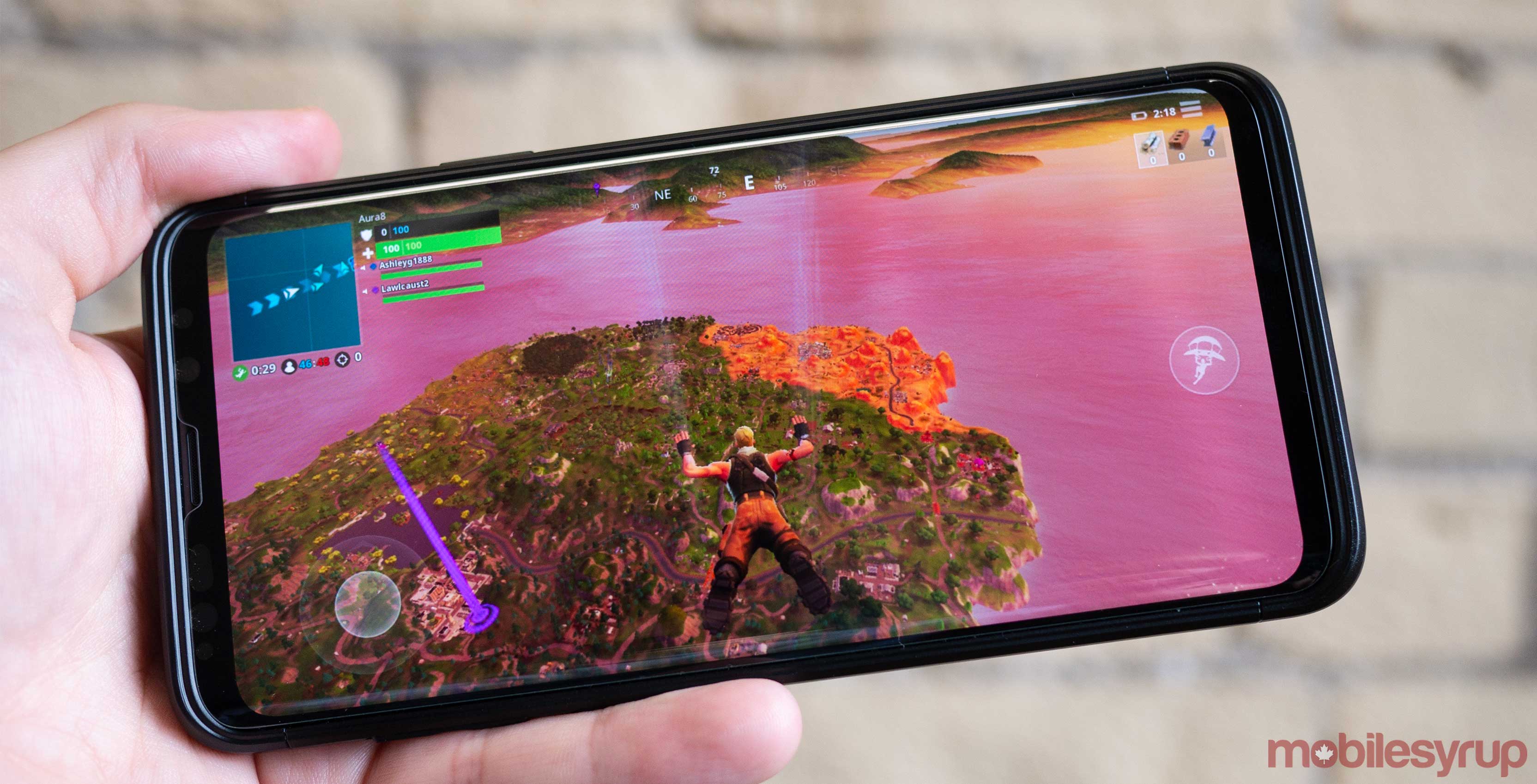 If you’ve been eager to get your hands on the Android version of Fortnite, unless you’re a Samsung device user, it’s more than likely may need to wait a little longer in order to actually play the game.

That said, downloading Fortnite, or even getting on the waiting list for the game’s current closed Android beta, isn’t as easy as navigating to the Google Play Store and searching for the game.

If you’re looking to play Epic’s ultra-popular battle royale game on your Android device, here are the steps you need to take.

Don’t bother with the Play Store

As previously mentioned, Epic isn’t listing Fortnite on the Play Store in order to circumvent the 30 percent cut Google typically takes from all games listed on its digital retail platform.

While Fortnite is free-to-play, Epic offers a variety of in-app transactions mostly centred around cosmetic items like skins and emotes.

Cutting Google out of the equation means Epic will generate more revenue on Android than it would have otherwise, but also makes the game a little harder to download.

In fact, searching for Fortnite in the Play store results in a warning from Google that says, “Fortnite Battle Royale by Epic Games, Inc is not available on Google Play.”

Are you using a Samsung device?

If you’re using a Samsung smartphone that’s a Galaxy S7/S7 Edge, S8/S8+, S9/S9+, Note 8, Note 9 or a tablet that’s the Tab S3 or S4, navigate over to Samsung’s Galaxy App Store to download the game’s launcher. You can find the Galaxy App Store by searching for it in your Samsung device’s app drawer (it comes pre-installed on all Samsung smartphones). Once you find Fortnite, you’ll then be prompted to download the game’s launcher.

Got that Fortnite beta invite for Android, and it works fantastic on Pixel 2 XL. ? pic.twitter.com/HCFZ9LD3Pi

Those using other Android devices need to first check if their smartphone is compatible with Fortnite. Most high-end Android games are included in Epic’s official compatibility list, such as the Zenfone 4 Pro, Pixel XL, Pixel, Pixel 2 and Pixel 2 XL. For a complete list of high-end smartphones capable of playing Fortnite, head over to Epic’s official FAQ page.

Now that you’ve confirmed your smartphone is compatible with the Android version of Fortnite, head over to Epic’s website and sign up for the official closed beta. You can do this on mobile or desktop since Epic is just asking for an email in order to get into the beta.

Next, you’ll be asked to log into your existing Epic account, whether you created it on PC, Sony’s PlayStation Network, or Microsoft’s Xbox Live platform. This also allows you to keep your Battle Pass progression, including specific skins and emotes, across various gaming platforms.

Epic says that players are being invited to the beta in waves and that “you’ll be notified via email one you’re invited.” It’s likely that invites will be sent out within a few days since that’s how the game developer’s rollout strategy worked with the Fortnite iOS beta. 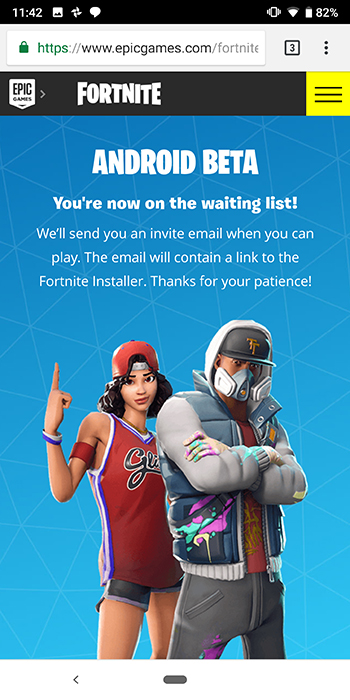 Once you receive the email stating that you’re on the waiting list for the beta, you’ll first need to download Fortnite’s installer, which features the game’s official APK file. To do this on most smartphones, you’ll need to turn on the ability to download third-party applications outside of the Google Play store in your phone’s settings. If you own a Samsung device, you’ll still need to download the Fortnite installer through Samsung’s Galaxy app store in order to get access to the game’s APK

Epic is advising players to keep the Fortnite installer on their devices since it’s going to be used for updating the game.

Once you’ve completed all of the above steps, you should be able to log into Fortnite on your smartphone. It’s also worth noting that because your Epic account first needs to be approved to play the Android beta of Fortnite, it won’t be possible to sideload the game’s APK.

How do I get the ‘Galaxy Outfit?’

The only way to get Fortnite’s exclusive Samsung skin is if you’re either a Note 9 or a Tab S4 user. 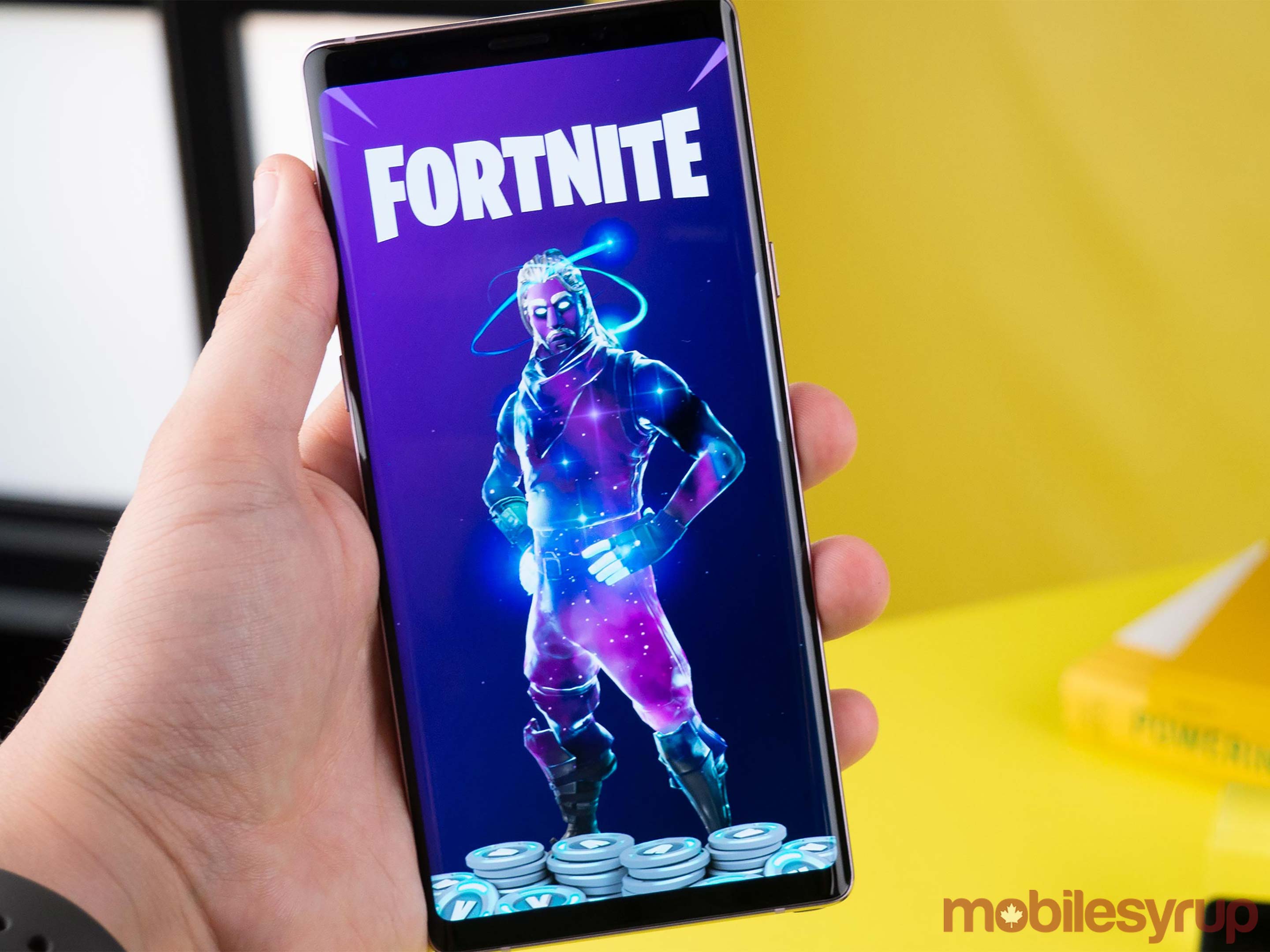 The outfit appears as a free item for players to claim through the in-game Fortnite store.

What about Bluetooth controller support?

Epic says that Bluetooth controller support for the Android version of Fornite “is coming at a later” date. It will be interesting to see if Samsung’s Note 9 supports Fortnite with a Bluetooth mouse and keyboard when running in DeX mode.

If this is the case, those running Fortnite though DeX with a mouse and keyboard would have a tremendous advantage over touchscreen and gamepad players.