Users can choose between the fire and the fox

Mozilla is working on potential redesigns for its Firefox browser and is seeking help from users.

The company feels it’s time to update the familiar fox logo because it doesn’t offer enough adaptability. While the current logo is certainly iconic, Mozilla can only change colours or isolate the fox aspect. This doesn’t result in a lot of options, especially for a company working on so many different apps and tools for users.

Instead, Mozilla wants to have a system of adaptable, recognizable icons that stay true to Firefox.

The company already has two systems for users to look at. However, Mozilla stresses that these icons and designs are not final. Everything will go under several rounds of refinement or change entirely.

Both systems incorporate a ‘masterbrand’ icon — an umbrella under which all the other product icons will live. These masterbrand icons determine the feel and look of all other icons. Right now, System 1 has a geometric fox head and System 2 has a fiery swoosh. Both look good, but some have noted that the System 1 icon is similar to the GitLab logo. 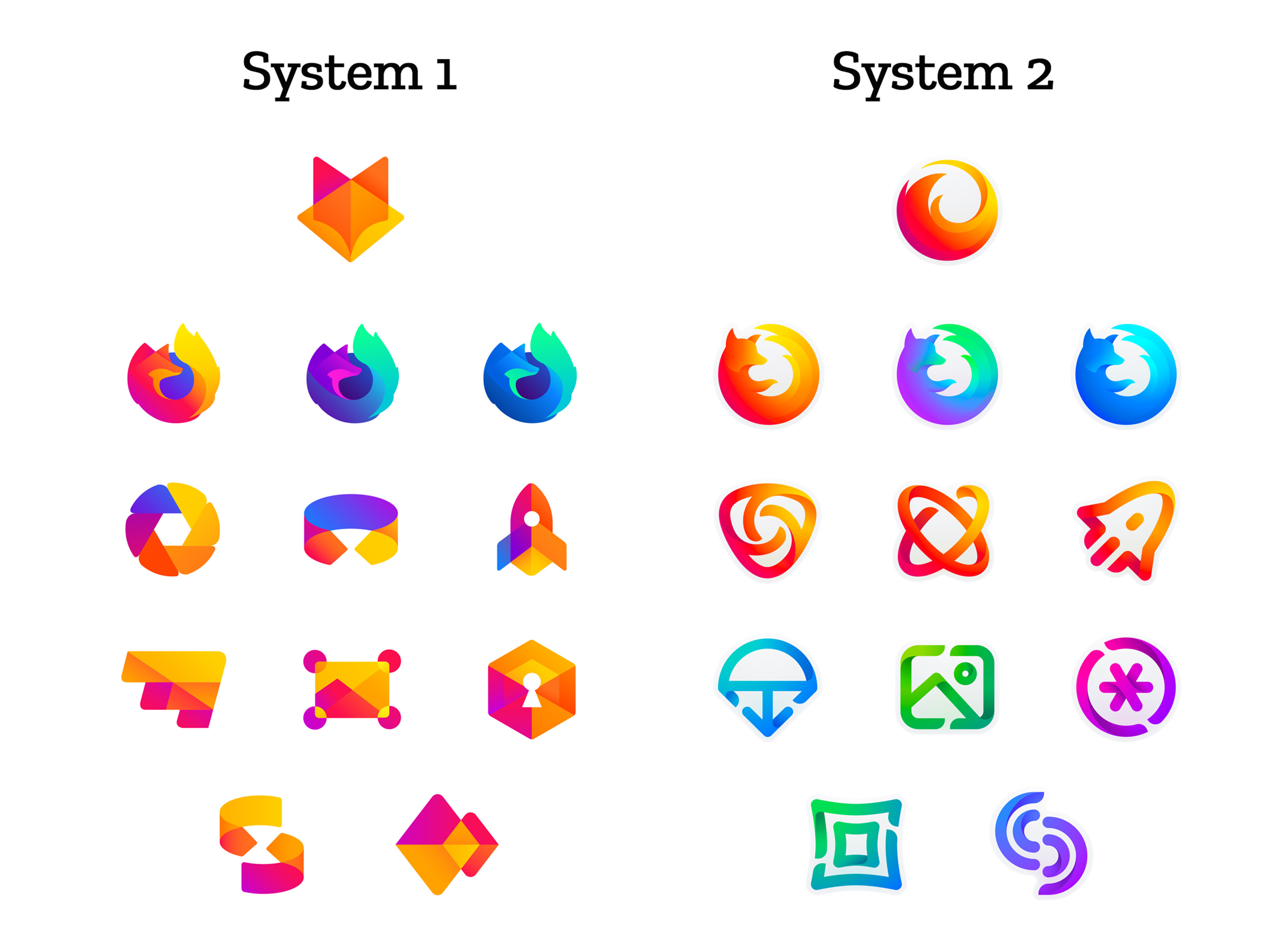 The systems also have new designs for Mozilla’s single-focus browsers, like Firefox Reality for VR and the privacy-focused Firefox Focus mobile browser.

Finally, the systems include five new icons for potential new services as an example of how the masterbrand can be adapted into a unique but familiar new icon.

Mozilla is encouraging users to make their opinions known. Importantly, the company says it isn’t crowdsourcing answers or asking people to vote on what they like. Instead, Mozilla wants people to share their thoughts on the designs in the blog post’s comments.

It’s also important to note that Mozilla is still exploring options for typography, graphic patterns, motion, naming and more as it works to overhaul the brand experience.