Now you can binge cat videos with friends 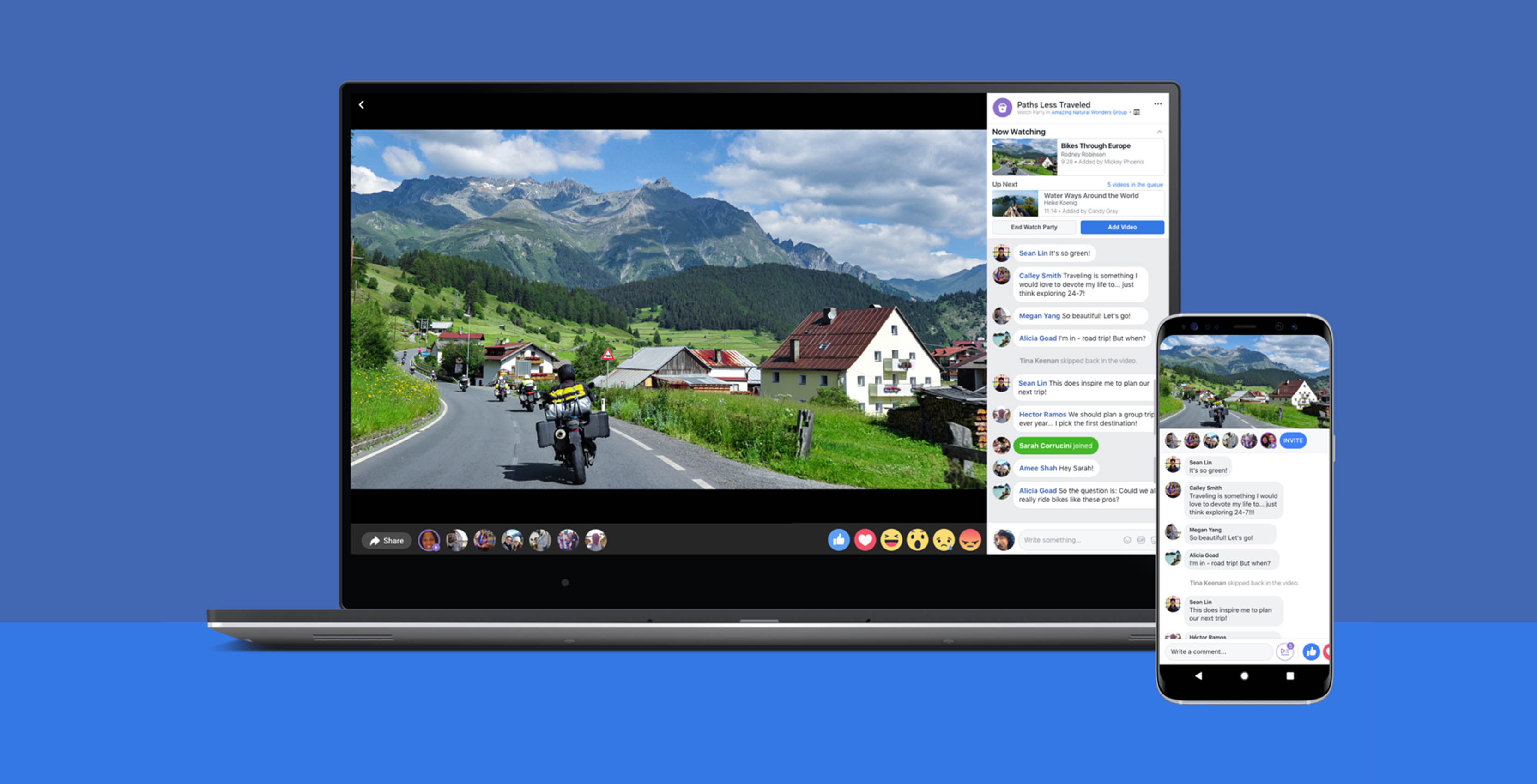 The new feature allows people to watch videos together in real time. Participants can watch live or recorded videos and interact with one another in the moment.

For now, only groups can access Watch Party. However, Facebook will start testing the ability to start Watch Parties outside of groups. For example, Facebook may allow users to start a Watch Party directly from their profile or from a video they’re watching. Facebook thinks this will make watching videos more social.

Facebook tested the feature for a while and saw a number of different uses. Groups big and small utilized the service for things like hosting Q&As, sharing behind-the-scenes details of a video, tutorials for cooking and makeup and more.

The feature is flexible, offering all kinds of options for users. Families can use Watch Party to share a viewing experience with close friends and family that can’t physically be there. For example, watching a loved one’s graduation. Another example Facebook shared was a group of friends watching funny videos.

Currently, a host must initiate a Watch Party. The host can start a video and invite people to join the group. Viewers can comment and like as the video plays. The host can also add other videos to the queue.

Additionally, Facebook will launch two new Watch Party features Wednesday. These features were based on feedback from testers.

The first feature is co-hosting, which allows hosts to designate other co-hosts who can add videos.

The other feature is called ‘crowdsourcing.’ Crowdsourcing allows viewers to suggest videos for hosts to add to the queue.