The Photos app will suggest options to fix brightness, rotate a photo or archive an old screenshot 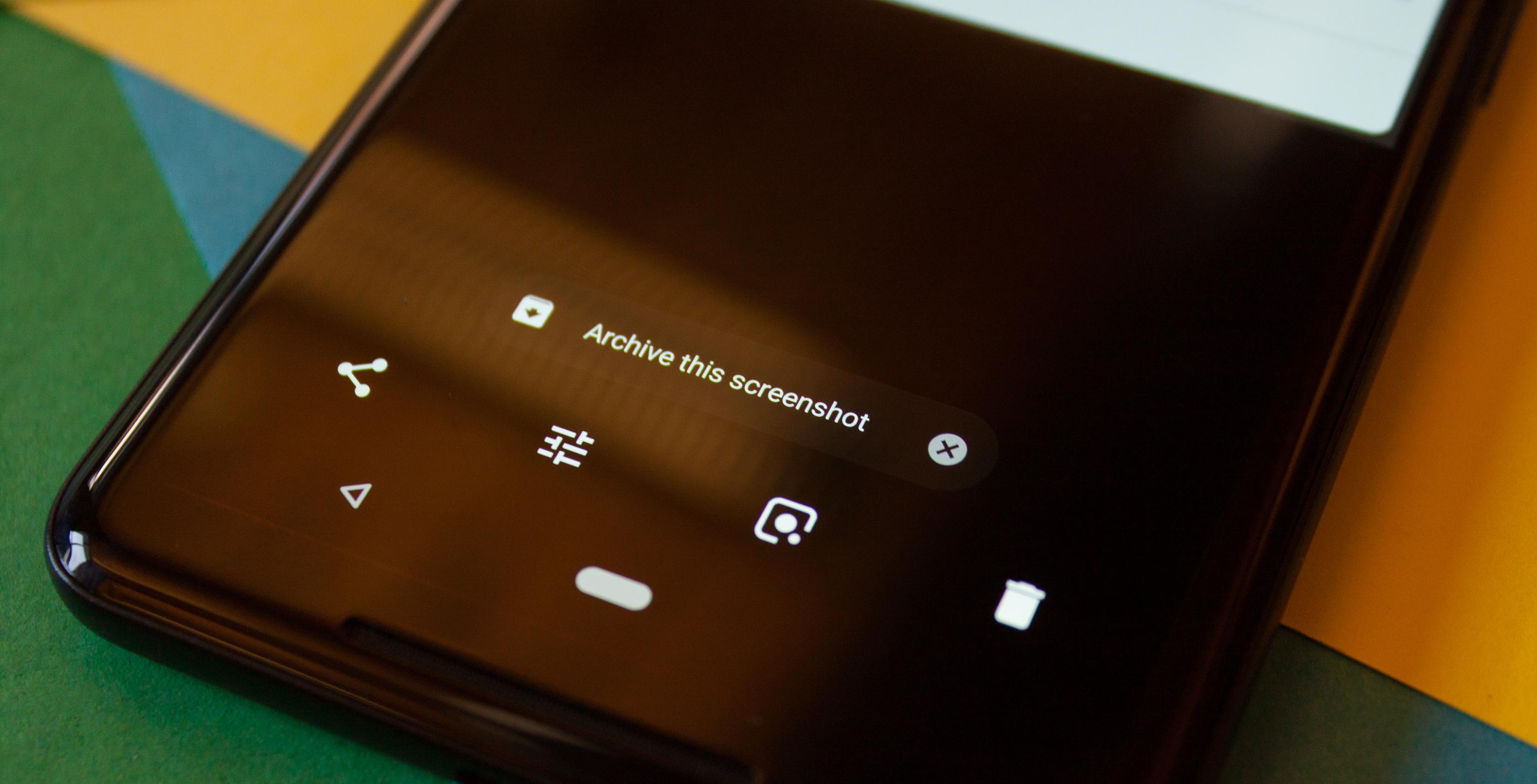 The features appear as prompts when looking at photos in app or on the web. Small grey bubbles pop up on dark photos saying ‘Fix brightness’ and on duplicates and screenshots saying ‘Archive this.’ 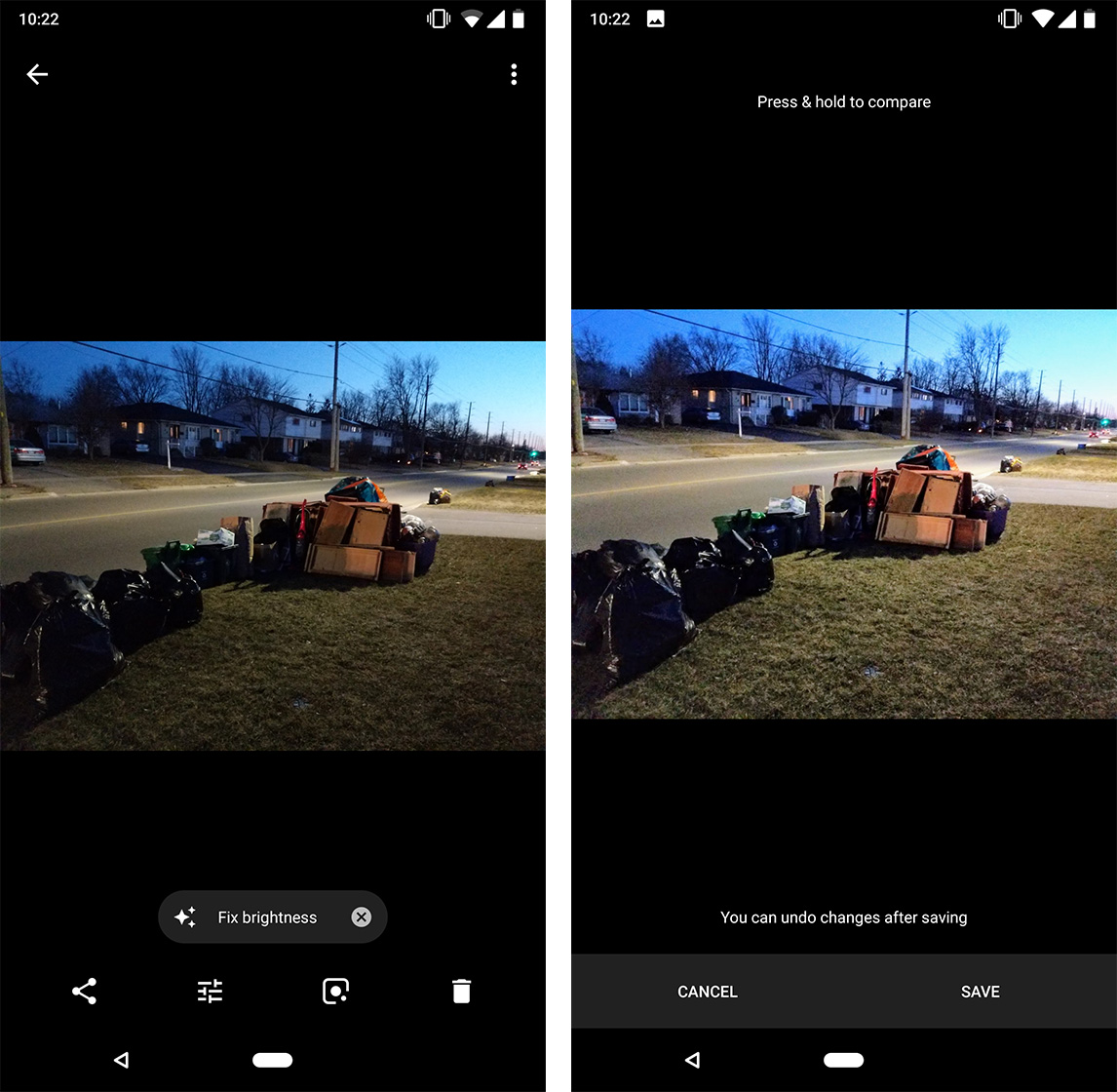 The brightness fixes can be a little hit or miss, but users shooting in RAW appear to get more impressive results. Another handy tool is the compare feature. By pressing and holding on the brightened image, users can see the original.

On top of that, Photos archival feature is expanding to new items. Photos will suggest archiving photos of restaurant menus and receipts. It even suggested I archive a photo of a price tag I snapped last I was in Best Buy. Granted, it still detects it as a screenshot, but other similar photos were identified as labels. 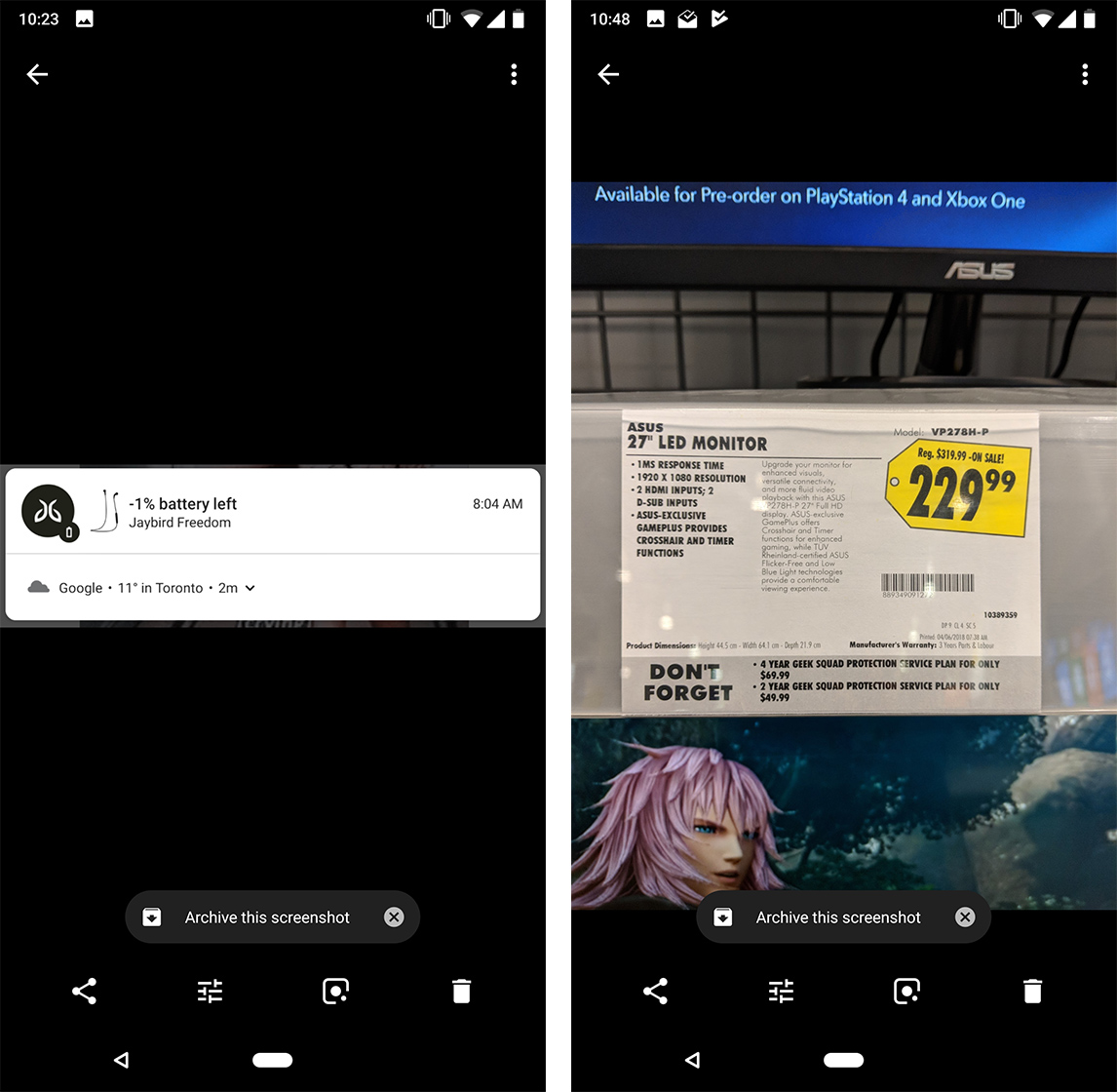 These are handy new features and aren’t very intrusive. The suggested actions really feel like just a suggestion. They pop up out of the way and are helpful if I need them and easy to ignore if I don’t. Along with the new colour pop feature, Google Photos continues to make helpful and fun improvements. If only we got that object removal feature as well.