After launching in the U.S. in 2017, the handy feature has now made its way north 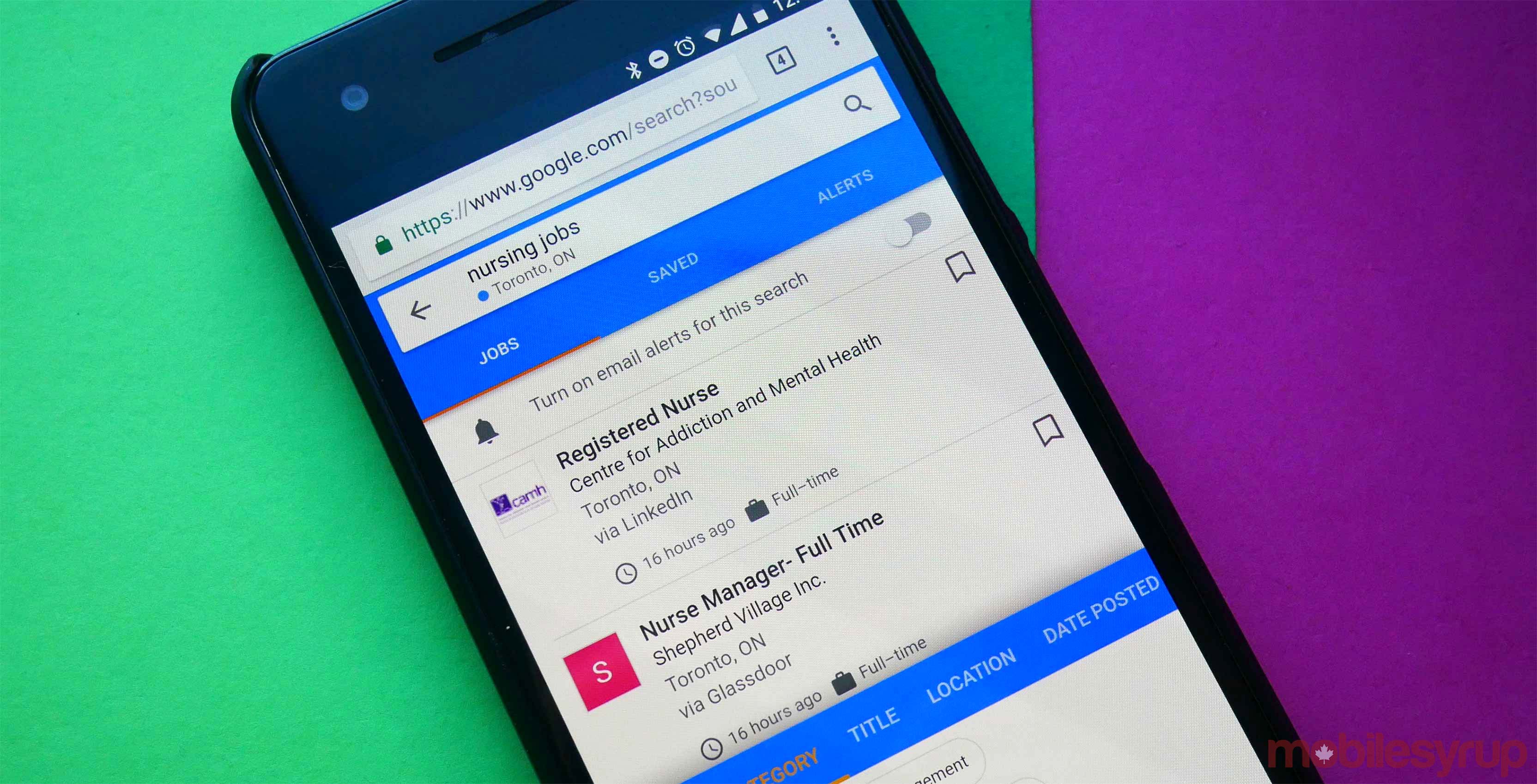 Having to hop from platform to platform is always one of the most frustrating and time-consuming aspects of online job searches.

It’s difficult to tell if you’re seeing a good representation of the jobs on the market, and there’s no easy way to keep track of them in one place, or get alerts about all new jobs that fit your search criteria.

No doubt to the relief of many, these modern-day job seeking complaints are being addressed by a new tool from the world’s pre-eminent search giant — and it’s now available in Canada.

After launching in the U.S. in June 2017, Google’s job search feature aggregates jobs from across the web, applying its well-honed search expertise to an area in need of streamlining.

To access the feature, users just have to type in a job-seeking search term like ‘government job,’ ‘summer co-op near me’ or ‘remote job,’ and a box with a blue bar at the top will appear. By clicking the ‘more jobs’ option at the bottom of the box, users can then enter into the full experience and play around with search criteria like ‘location’ and ‘company type,’ as well as turn on email alerts related to that exact criteria.

“We know that job searching is something that can’t be done in one sitting,” said Joy Xi, product manager at Google, in an interview with MobileSyrup.

“So we have various features like ability to save a job and come back to it later or the ability to set an email alert… Because job searches can take, realistically, days, weeks or even months.”

Xi noted that the job search feature uses Google’s search expertise to avoid duplication of postings, offering one post per job with multiple options for applying through different platforms. Though the feature runs mostly on machine learning, Google also makes use of human moderators for spam and abuse monitoring.

After its initial U.S. launch in 2017, Google has gradually rolled out the feature to other countries over the past year as the company developed the necessary local partnerships. 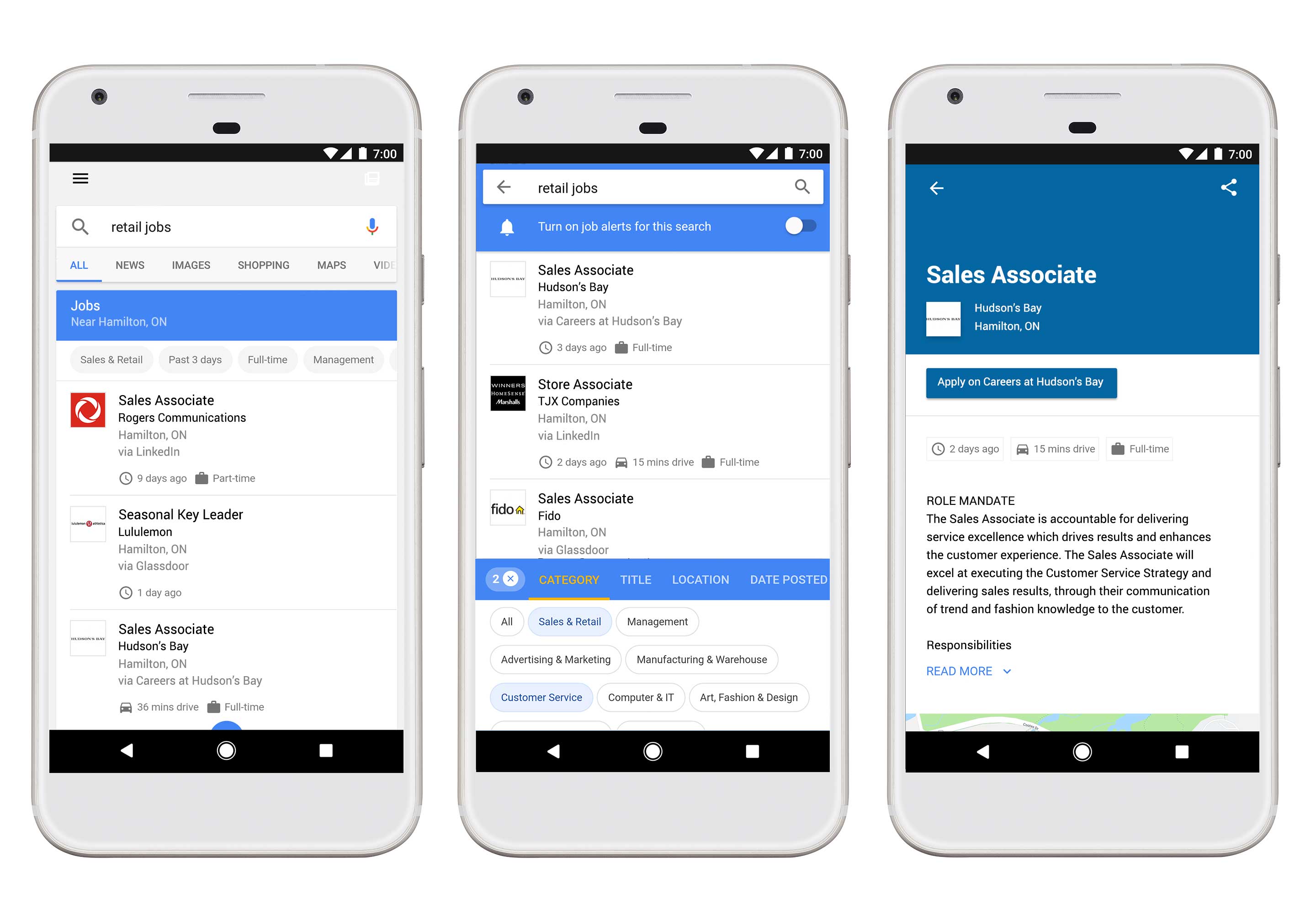 In Canada, that includes not only massive job boards like Monster, Glassdoor and LinkedIn, but also the federal job board and Jobillico.

Xi said that even though Canada has relatively low unemployment rates compared to some of the other markets where the feature’s been deployed, she believes it’ll have a strong positive impact.

“Those rates are inevitably an average number, there are always going to be pockets of unfilled jobs or high unemployment.”

One of the areas where Google saw potential for support was in aggregating summer and student jobs for youth — positions in high demand here in Canada. To that extent, Google spokesperson Alexandra Hunnings Klein highlighted Charity Village, a job board with a fair amount of resume-building opportunities for young people.

It should be noted, however, that one of the largest online job platforms in North America, Indeed, is not currently participating in the Canadian launch. 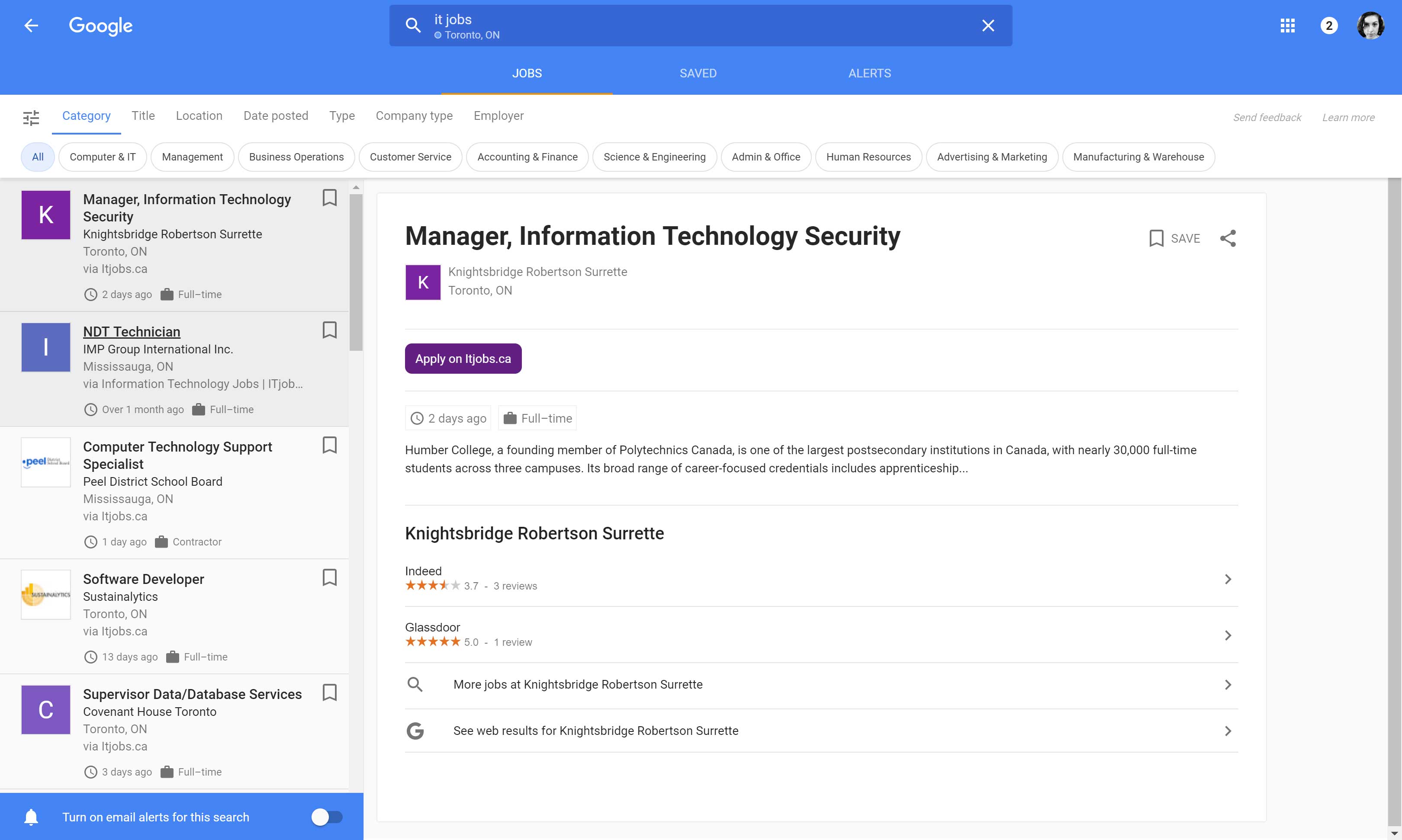 Hunnings Klein stated that it was welcome on the Mountain View-based tech giant’s platform, but hadn’t joined into this particular market’s launch. With Indeed’s main strength being aggregation, there’s little doubt the platform is concerned about Google’s entrance into the market.

Not only does Google aggregate listings from established job boards, it also shows listings from any site that decides to participate.

“It’s an open platform,” said Xi. “We have all the documentation online so anyone who has job postings on their website, even a mom and pop shop can integrate so their jobs can be seen by everyone who searches for jobs on Google.”

While Google’s new search feature will no doubt grow to ever more epic proportions as more sites decide to mark up their job listings and submit sitemaps, the company’s ambitions for the platform are no less ambitious.

“This is just the beginning of something that’s going to be really great for anyone looking for a job,” said Xi.

“We’ve got a mission to reduce unemployment and grow access to information online so that everyone has access to more jobs.”