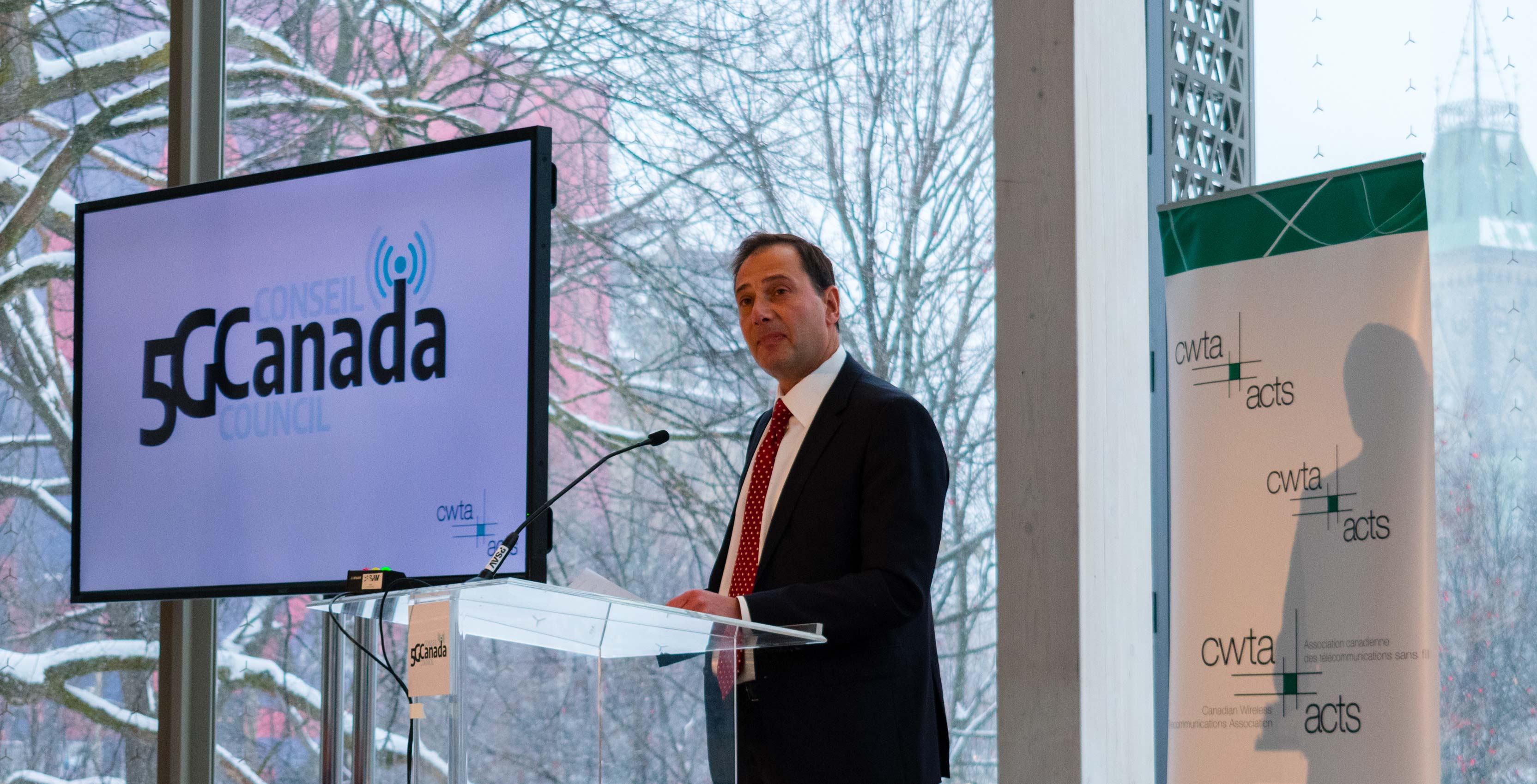 While attendees ranging from telecom executives to equipment manufacturers to members of industry all expressed the belief that collaboration across all levels of government was necessary — as well as collaboration between different telecom industry sectors — there’s no denying that everyone had spectrum on the mind.

It’s not surprising either.

For a country like Canada where the federal government owns, distributes and allocates spectrum licenses on behalf of the Canadian people, access to spectrum is a reasonably bureaucratic process.

It’s a market designed to ensure that Canadians get the best possible deal, but it’s also a market not known for being especially speedy.

Still, if Canada wants to develop, implement and deploy 5G networks from coast to coast to coast at a rapid pace, attendees reasoned that carriers need to acquire spectrum as efficiently as possible.

The telecoms and the equipment manufacturers

Additionally, people like Rogers senior vice president of regulatory and chief privacy officer David Watt argued that municipal governments will need to speed up the process by which they allow the use of public utilities like telephone poles and ducts, where companies can place 5G antenna nodes.

“[We] can’t have a public hearing to attach a small antenna to a side of a building,” said Watt, during a panel discussion. “[That] cant work, so we’re going to have to come to terms with that.”

For their part, representatives from equipment manufacturers like Nokia and Ericsson expressed solidarity with telecom partners.

“…it’ll be simpler for us to deploy 5G in Canada…”

“We’re spending most of our time with our operator partners to make sure that networks are ready, so that when we have the spectrum, we can go and activate 5G as quickly as possible,” said Jaco du plooy, the CTO of Ericsson Canada, in an interview with MobileSyrup at the CWTA conference in Ottawa.

“From our perspective, I think 5G deployment in Canada with the availability of broadband to the cell site — and just the state of the wireless technology in 4G — they’re really well-positioned to deploy 5G without a lot of effort. Actually, it’ll be simpler for us to deploy 5G in Canada than in many other parts of the world.”

For Du Plooy and Ericsson, the issue, therefore, isn’t a matter of proving that 5G networks are possible, it’s simply a matter of deploying existing technologies with carriers that’ve been able to get their hands on spectrum.

“So we’re kinda skipping the show-and-tell phase or the proof-of-concept phase and we’re actually looking at getting our hands on the production hardware and production software, then just deploy in the most efficient way,” said du Plooy.

“They’re all making very big investments in spectrum,” said McKeon, in an interview with MobileSyrup. “They’re making plans — do they set aside money for a certain band or not a certain band? What are the rules going to be around set-asides?”

“All these things are very important for long-term planning and their capital allocation for spectrum.”

McKeon further stated that it’s not just the telecoms who are antsy.

“That’s why everybody’s very anxious on the few bands in particular, to see what the government is going to do,” said McKeon. “The new current government hasn’t quite said they’re going to follow the previous government in terms of how they want the market to shape up in Canada.”

“So that’s still up in the air, so people are just anxious.”

Slow and steady wins the race

Interestingly enough, in spite of all the advancements that 5G networks will eventually bring to Canada — in the realms of connected cars, virtual reality, augmented reality and precision agriculture, for example — the telecom industry is still interested in maximizing Canada’s 4G networks.

People like the CWTA’s president Robert Ghiz, for instance, want members of Canada’s tech industry to continue their work developing and improving current technology — especially since advanced LTE is what’s going to truly enable a leap to 5G connectivity.

“There’s no one that has this figured out yet.”

“Realistically, we’re just starting this now,” said Ghiz, in an interview with MobileSyrup. “[We’re] going to listen to what’s going on in the U.S. […] How [5G is] going to work, when’s it going to roll out, where are you going to put the new equipment that needs to be put in place, how are you going to deal with municipalities, what kind of spectrum do you need, how much spectrum do you need — all those issues are the same everywhere in the world.”

“There’s no one that has this figured out yet.”

Still, if the 5G Canada Council conference is any indication, the country’s telecom industry is working towards figuring out the issue.