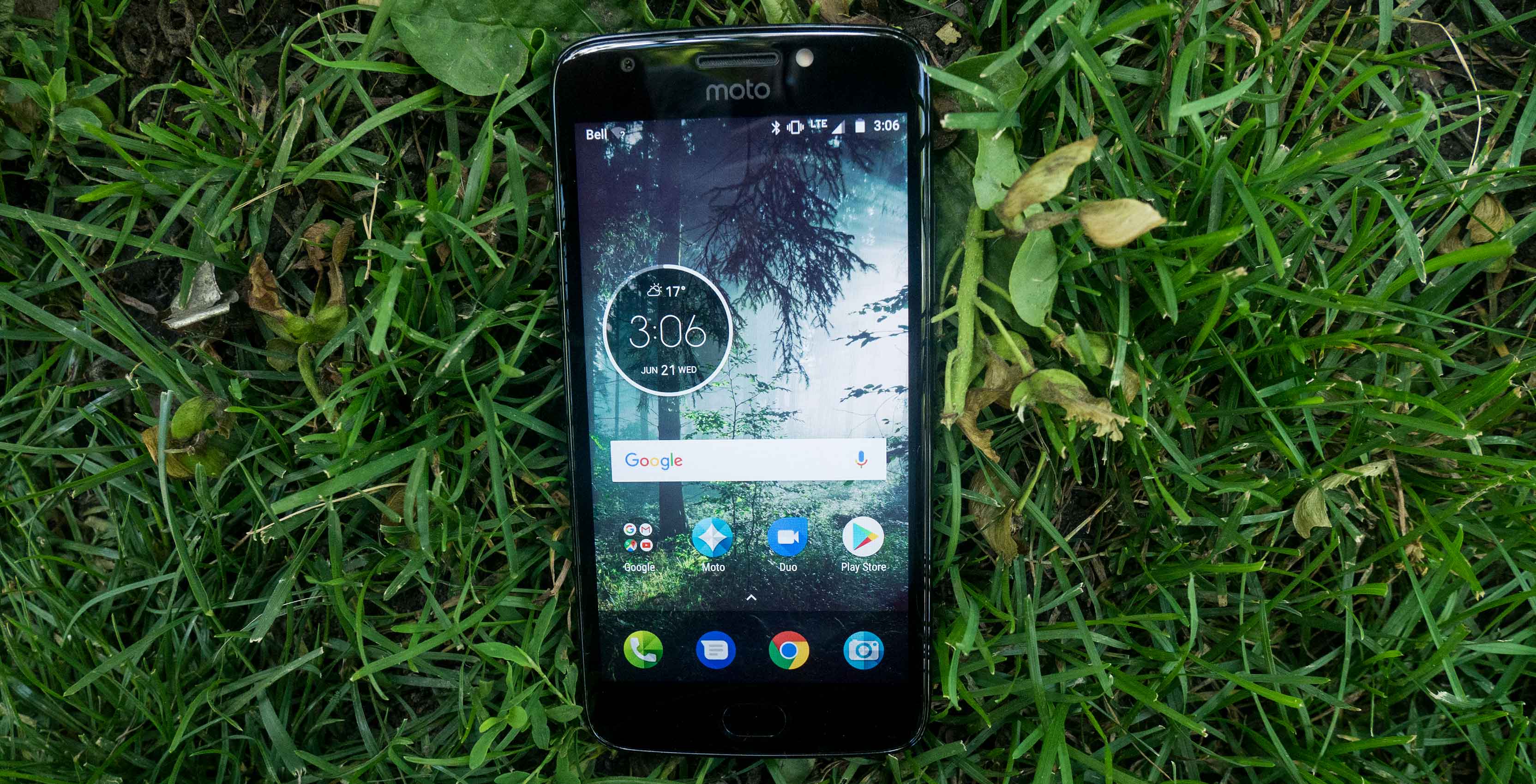 The Motorola Moto E4, launching now in Canada through Freedom Mobile and various retailers, admittedly doesn’t have the most top-end specs.

But while the internals may be less than impressive on paper, the phone features some unique qualities that give it an edge over other low-end devices on the market.

I’ve compiled a list of the four best things about the Moto E4. 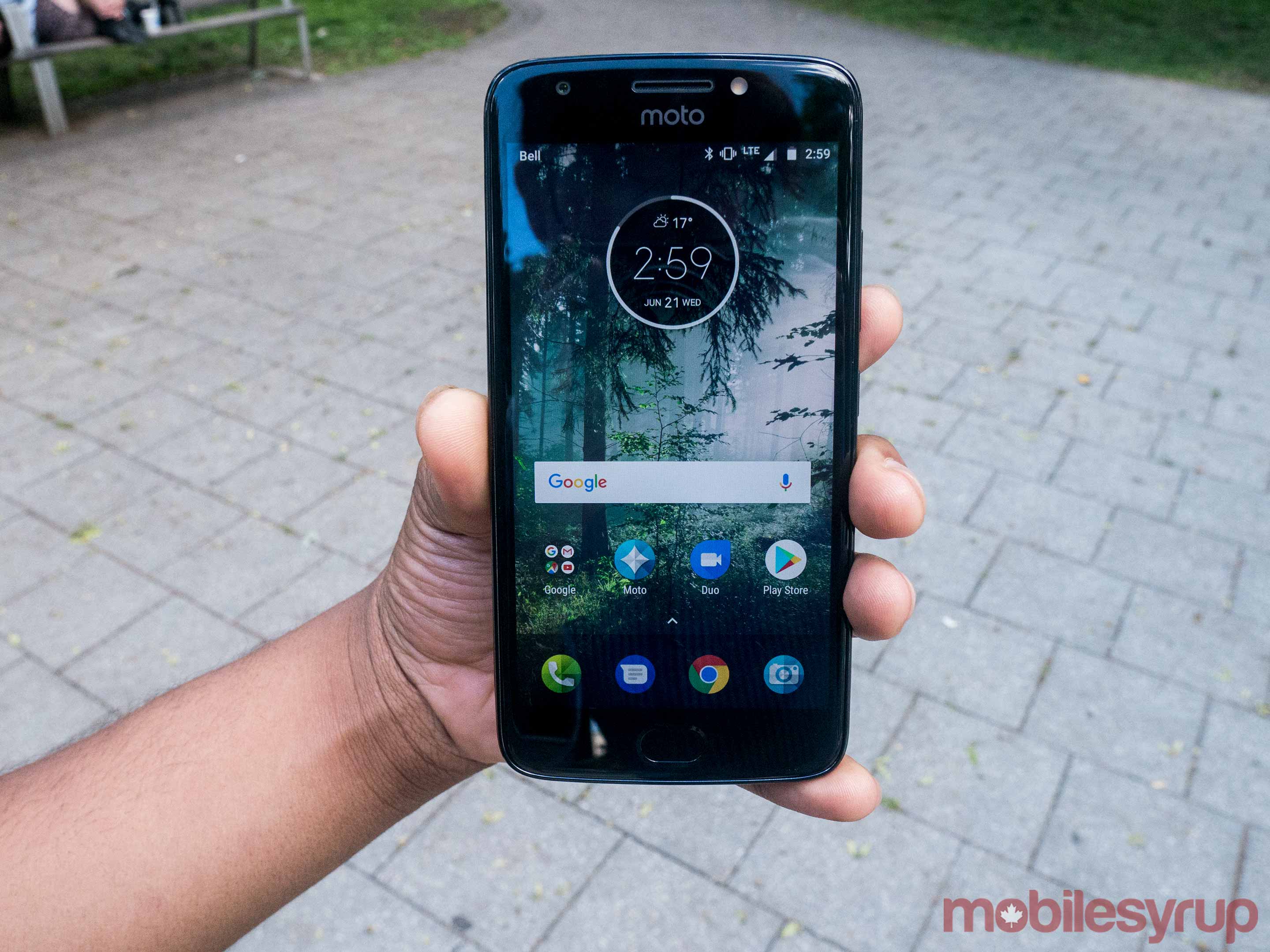 Firstly, Moto E4 owners will be among the nearly 10 percent of smartphone users with Android 7.1.1 Nougat. The device gets access to Nougat’s Google Assistant AI, allowing users to have a flowing conversation with their device while the AI retains context.

Not only does the E4 come installed with Android N out of the box, it features many software enhancements that the Moto UI brings to the Android operating system.

One of my favourite things about the Moto E4 is that it runs nearly stock Android with only subtle Moto UI enhancements. Google Now is a swipe to left, while the device’s app tray is a swipe up. Moto also includes an all-in-one clock widget that shows battery life and a weather feature that can tell users how long it will be until it rains or how long the rain is expected to continue.

Another minor improvement over stock Android: the lock screen allows users to view notifications by just holding their thumb against the display is another functionality that slightly improves the user experience with the Moto E4.

Lastly the Moto E4 features a ‘One button nav’ that allows Moto users to navigate their devices using just the fingerprint sensor. Swipe left on the scanner to go the previous page, and swipe right to view recent apps. The one button nav replaces the need for the on-screen navigation buttons. 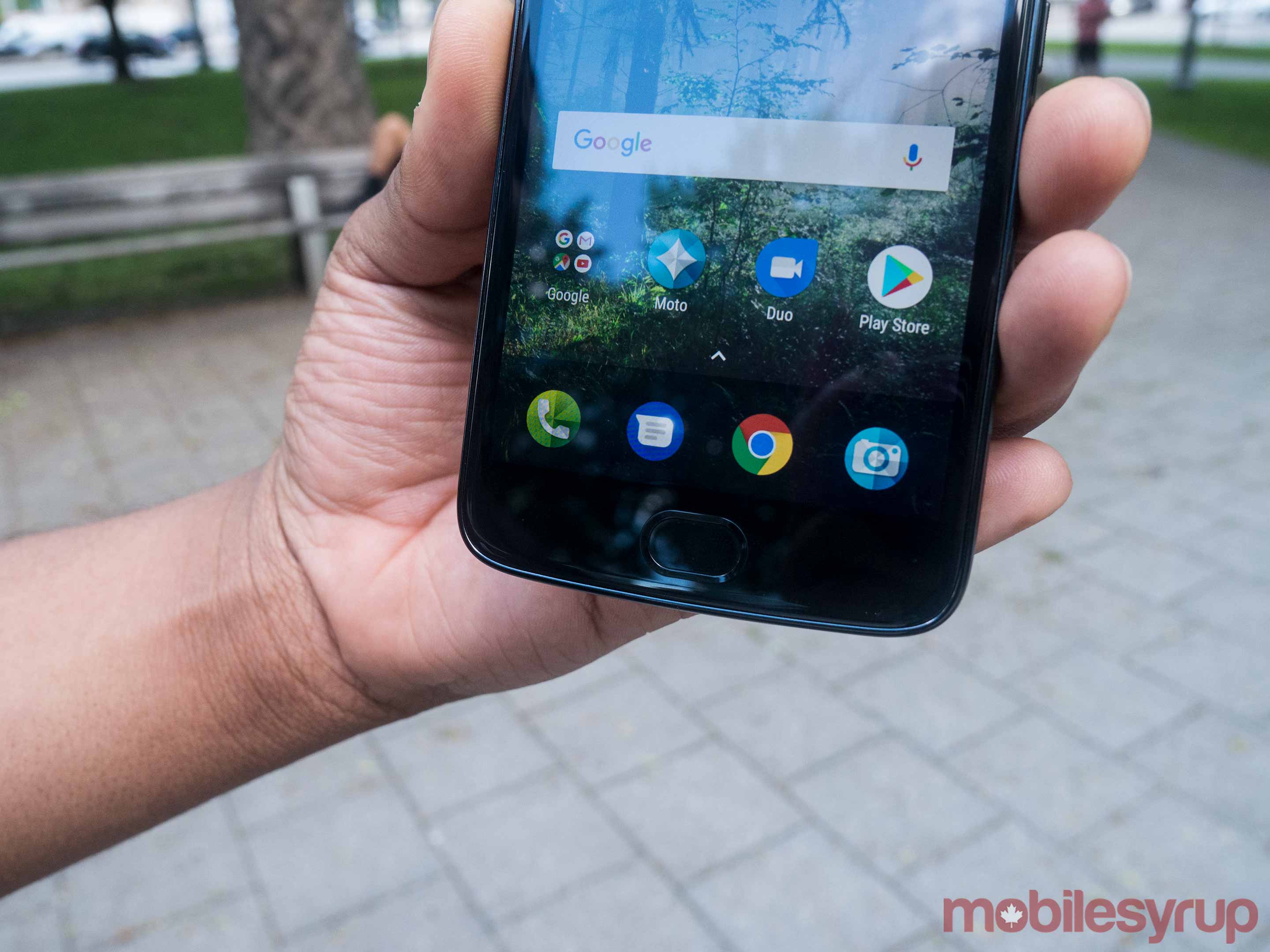 The Moto E4 may not have the greatest specs, however, it’s definitely worth more than its cost. The device didn’t stutter or lag at all during my time with it, though I mostly used the smartphone for watching videos on YouTube and searching for memes on Facebook.

Anyone can purchase the Moto E4 for $200 CAD outright at Freedom Mobile, where it’s one of the least expensive phones to run on the budget carrier’s Band 66 LTE network.

When high end devices like the Samsung Galaxy S8 and the LG G6 cost more than $1,000 CAD it’s good to know there are still manageable smartphones out there at reasonable prices. The device will also be available for $249.99 unlocked at retailers including Wal-Mart and Staples. 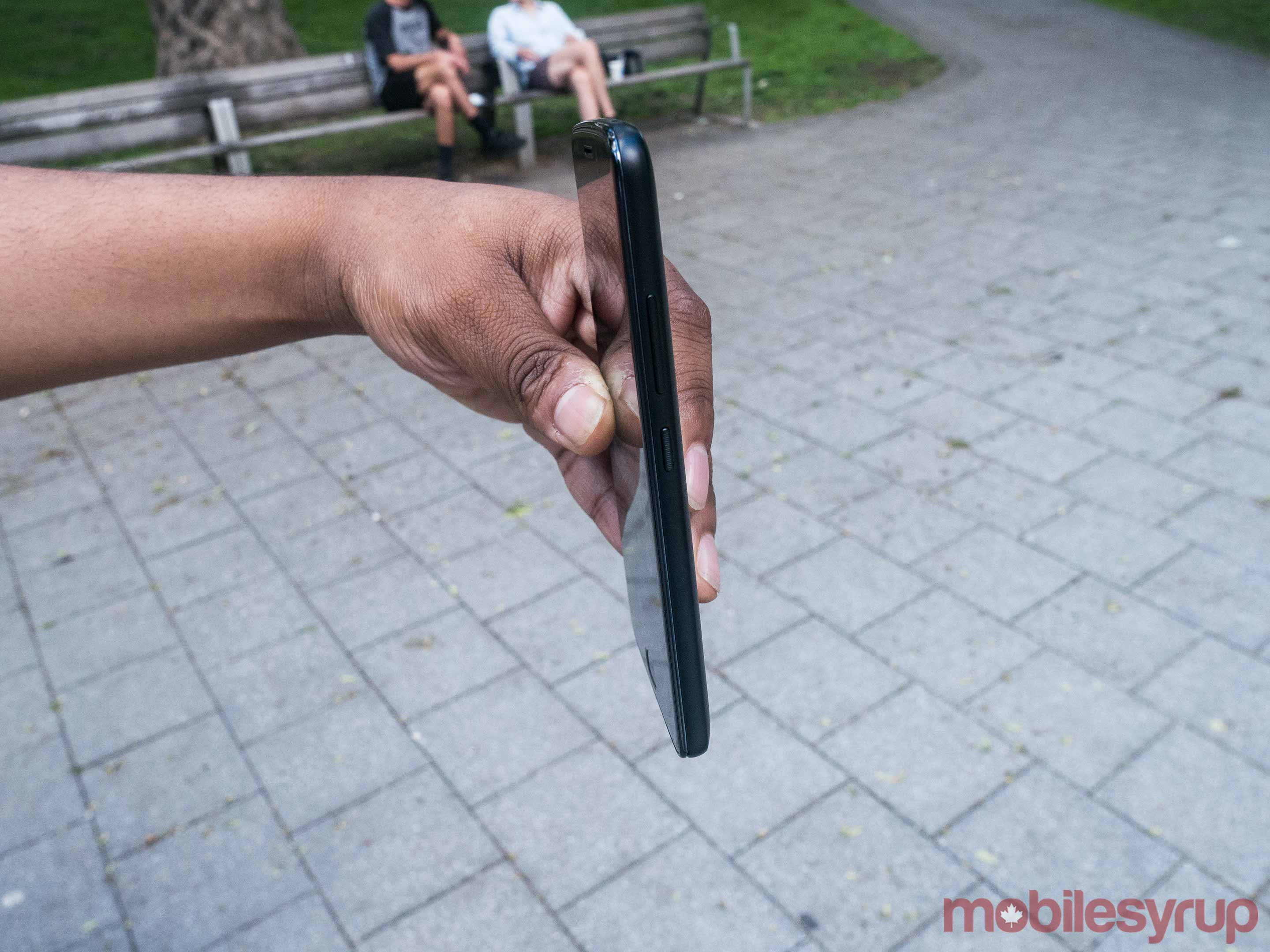 The Moto E4 features a 2,800mAh battery that lasted throughout the entire day.

Though the device was my main driver while I was using it I’d still say my usage would qualify as minimal to average. This means throughout the day I would use it casually at work and home to search Facebook, stream video and to send texts.

With that being said, by the end of the day — around 9pm — I was left with 50 percent battery life on the device.  The small screen size and low-end processor doesn’t put too much stress on the device’s battery giving a 2,800mAh cell more usage than other smartphones with bigger batteries. 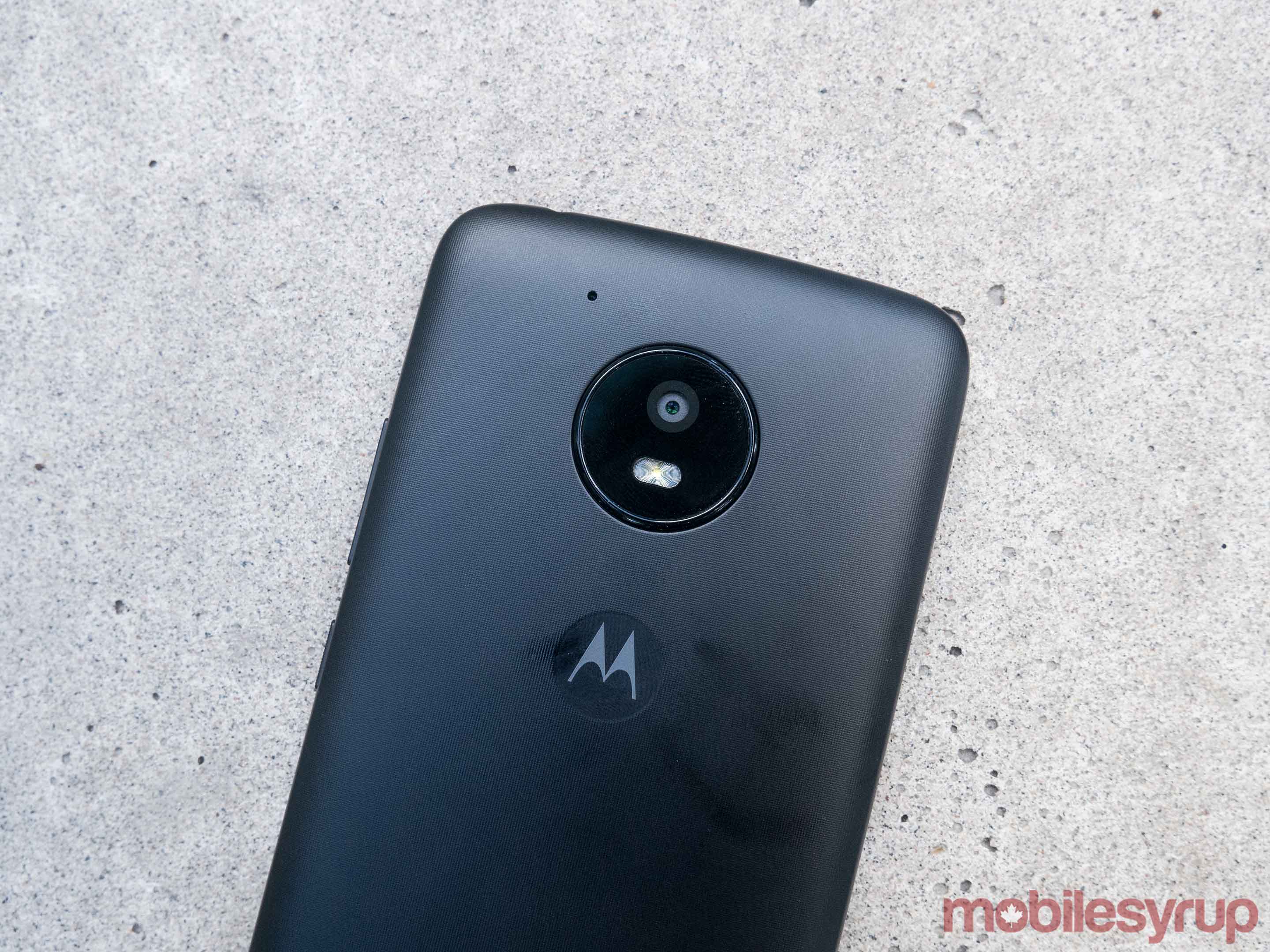 Though the Moto E4 has a 5-megapixel camera, it gets a subtle boost in quality due to the front-facing LED flash. Front facing LED flashes are rare among flagship smartphone cameras, though those generally make up for it by featuring cameras with a higher megapixels sensor, a larger aperture to let in more light and a display that flashes white as the camera shoots.

The E4’s front-facing flash means, however, that even with a mere 5-megapixel shooter, the device takes decent selfies in low-light situations.

Bonus: The device feels very durable as it is coated in resin, and though we would never suggest dropping your smartphone — the E4 definitely feels like it can take a hit. 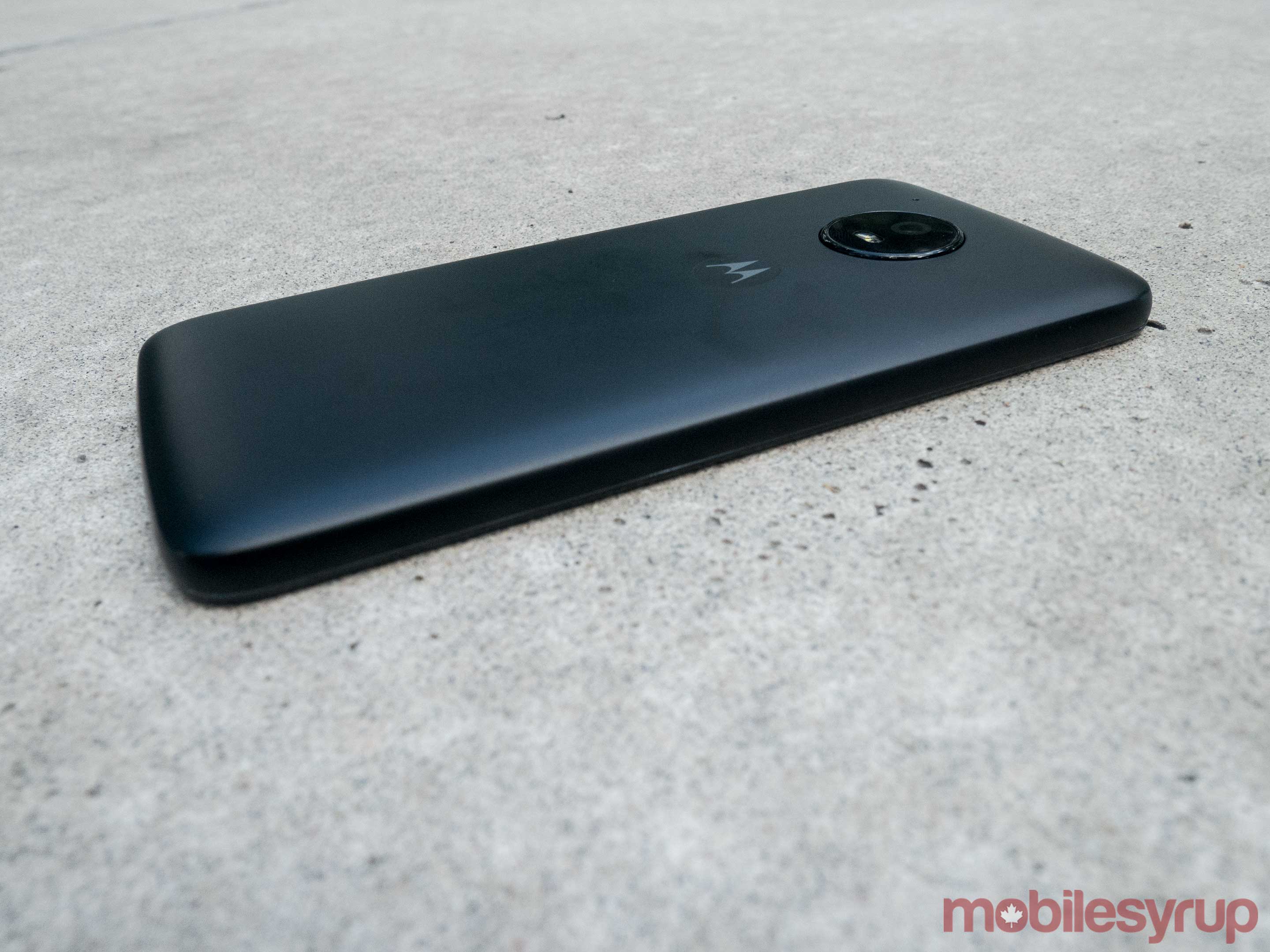 Though the E4 is definitely worth $200 it’s definitely not the complete package. The device is water repellent, protecting it from small spills, but it is not water and dust resistant and cannot be submerged completely underwater.

The Moto E4 also does not feature NFC, meaning you cannot use Android Pay or any other mobile wallet application. Lastly the Moto E4 doesn’t come with all of the Moto Actions seen on other Moto devices such as the flicking of the wrist action used to turn on the camera app, or the karate chop that’s used to turn on the torch app.

If you can bear not having any of these features on your device, the Moto E4 might be the budget smartphone for you.