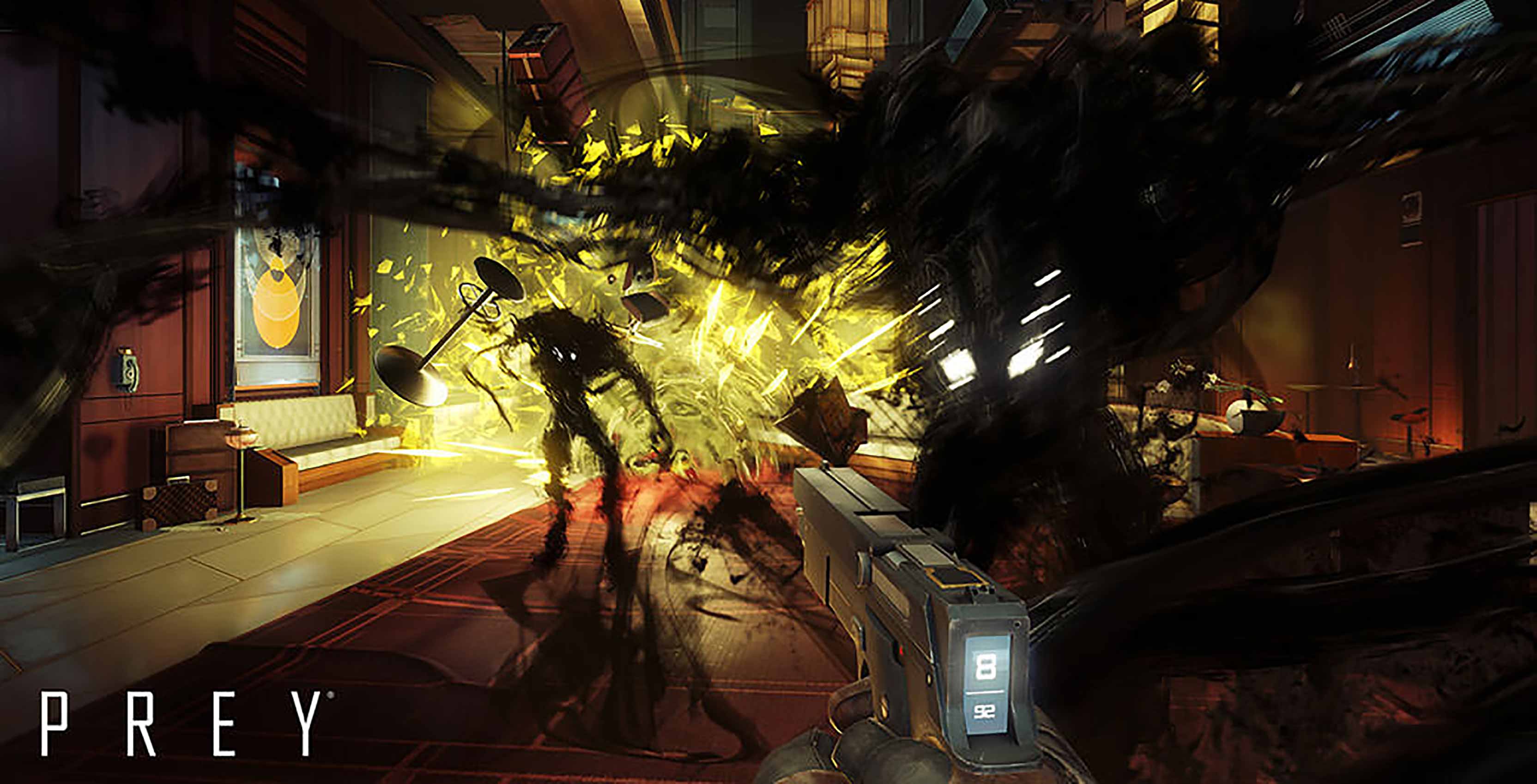 Prey, developed by Arkane Studios and published by Bethesda, is a thrilling and exhilarating experience. I thoroughly enjoyed my time playing the game, even though each and every step through its world made me extremely apprehensive.

It’s a sci-fi action adventure title that puts the player in a space station with no memories of how they got there. The game’s protagonist, Morgan Yu, has to fight through a giant space ecosystem infested with aliens called the Typhon.

Don’t let that chair fool you 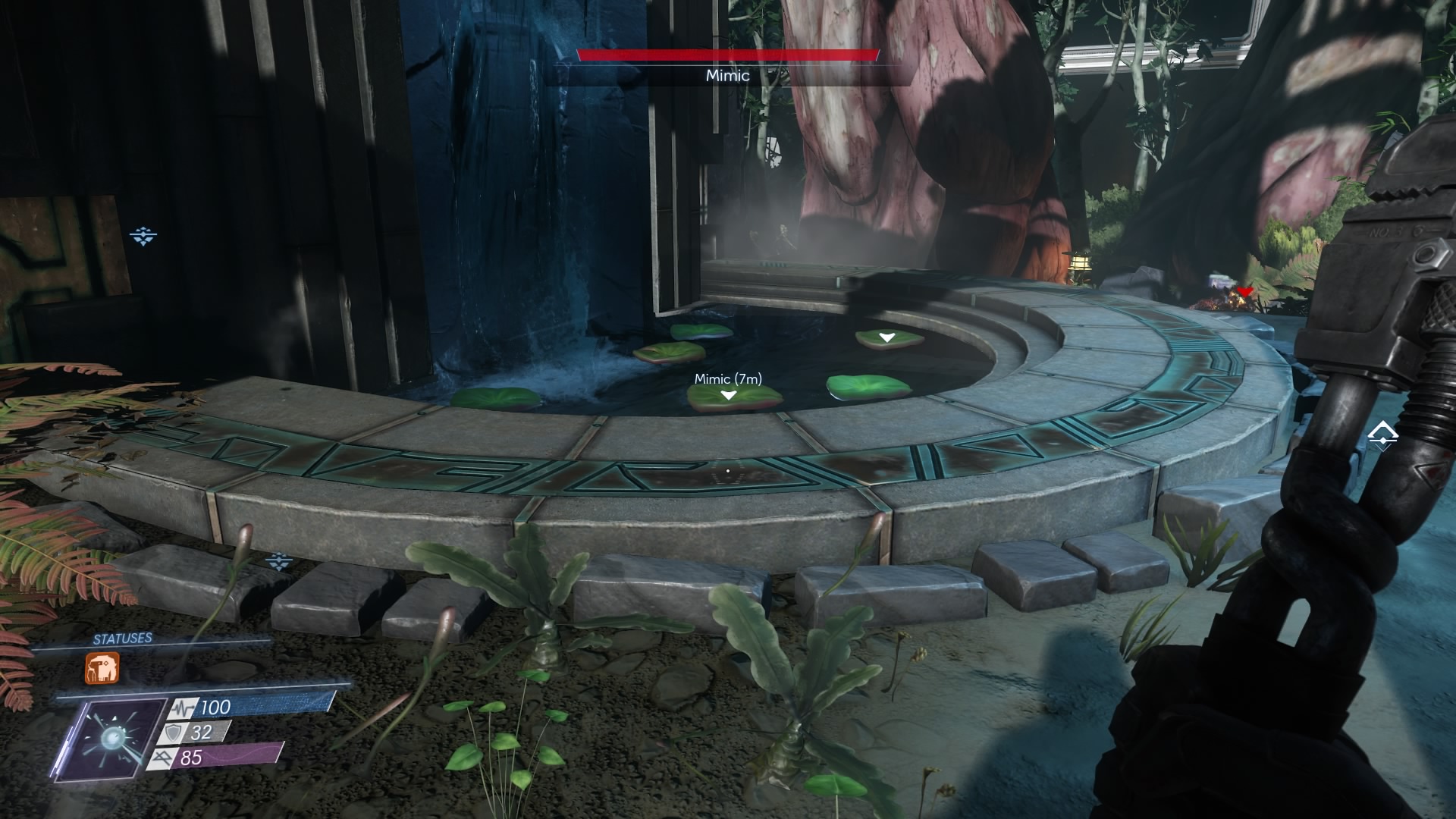 The first aliens the player encounters are known as Mimics. Arkane Studios sets the stage with this first enemy: nothing on Talos 1, the game’s setting, is as it seems. The Mimics can shapeshift into objects within the game world, including anything from toilet paper rolls to lily pads, and Talos 1 is crawling with them.

Arkane Studios’ newest outing isn’t a horror game, but it made me literally jump out of my seat a few times while playing. The enemies are sneaky enough that the player can’t help but feel nervous going through every room, especially the ones filled with several chairs. Prey constantly reminds its players not trust anyone or anything.

Each and every sound in the game had me spooked. Speaking of sound, Prey’s score is impressive. From the calm and peaceful tune that plays when you’re in a safe place, to the rhythmic heart pumping music that’s audible when you’re in the midst of battle, or when an enemy lays their eyes on you. I suggest playing with headphones or surround sound speakers to really appreciate the game’s sound design. 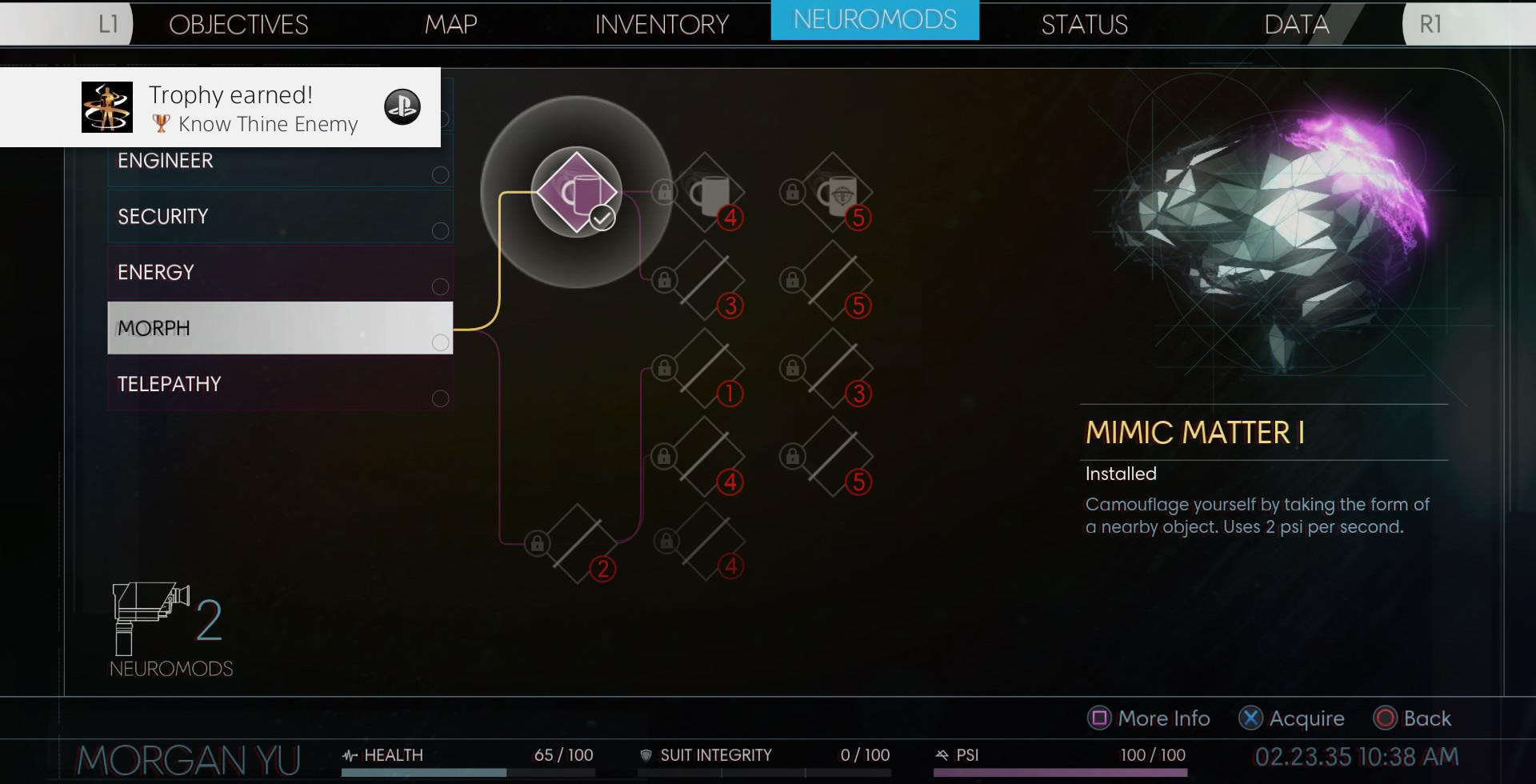 In Prey’s alternate reality, the scientists aboard Talos 1 have developed a technology called Neuromods based on the Typhon physiology, that can either enhance human abilities or give humans Typhon powers.

This action adventure game gives its players so many choices. Players can choose from an array of powers and abilities, by using Neuromods. From hacking and creating turrets, to kinetic blast and even stealing the mimics’ ability to copy objects. The choices of abilities changes how the player moves through the game significantly.

I’m not necessarily a fan of using guns in Prey, however. After getting part way through the game I rarely needed to and I absolutely loved that. My character also wasn’t good at hacking advanced doors, so I’d have to find alternative ways to get through, which creates a different experience when compared to players who didn’t utilize Typhon abilities.

Not only are there a variety of abilities and choices to make that help complete objectives, there are also many tasks to play through. Players can feel free to ignore the main quest and venture throughout the levels. Hearing the sound of someone yelling for help in the distance, activating a transcriber — a voice-recorded message — or reading an e-mail, can prompt a new quest that sends you completely off the main quest, but ultimately it’s worth it.

How Prey looks and feels 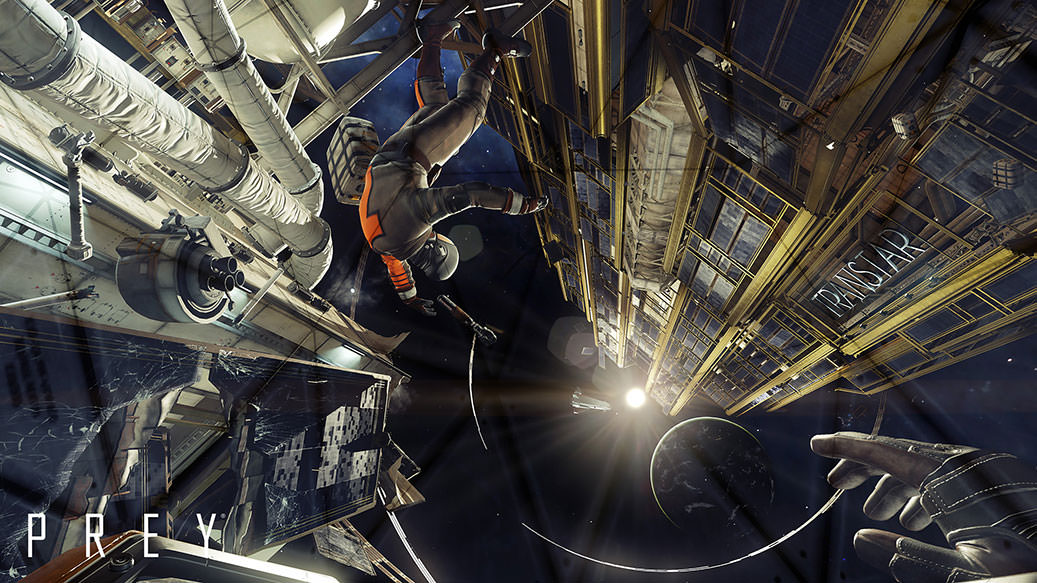 If you have played Dishonored or Dishonored 2 you’ll feel at home with this game because Prey’s art style is very similar to these two titles. From the moment the player enters the world and looks at themselves in the mirror, it’s evident the character design borrows heavily form the Dishonored series.

Though the character design is straight out of Dishonored, Prey’s environment is a lot prettier. From what I’ve experienced, Prey features a number of beautiful, awe-inspiring moments, however, for the most part, the player is stuck on Talos 1’s somewhat boring-looking environment.

The core mechanics are also very similar to Dishonored. The controls feel good for the most part and don’t require a lot of time to get accustomed to, especially if you’ve played Arkane’s other titles.

Become the predator and not the Prey

Prey is a very dark and intense game. For me at least, it appealed deeply to a sense of being alone. Throughout my experience, the only time I wasn’t isolated was when I was being attacked. Though I didn’t finish the game, in my time with it I felt like there wasn’t much hope for Morgan Yu. Though my character kept getting stronger and better equipped, most of the time during my lonely adventure through Talos 1, I felt like the prey.

Watching my character develop and become stronger and more adept at killing and surviving, made the experience worthwhile. Prey isn’t the most difficult game, especially after you get the hang of its core mechanics. When your player has health packs and other survivability tools, you feel like king Typhon hunter, however, once those are gone, Arkane Studio’s latest title becomes one of the the most intense foraging titles I’ve come across.