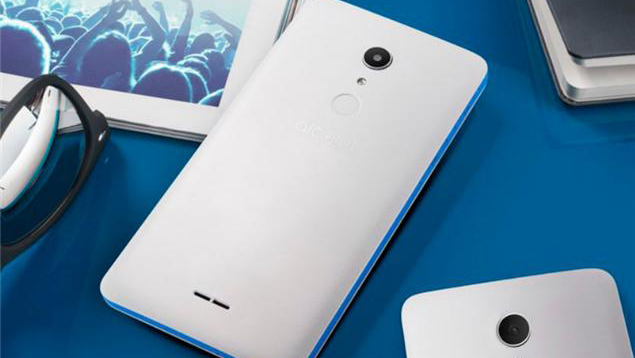 Toronto-based KnowRoaming is going global with its embedded SIM technology in partnership with BlackBerry and Alcatel handset producer TCL Communications.

The two companies jointly announced at Mobile World Congress that three upcoming Alcatel handsets will include KnowRoaming’s ‘SoftSIM’ — a technology that was debuted at last year’s Mobile World Congress and gives users access to unlimited data service in 61 countries. KnowRoaming’s SoftSIM works exactly like a regular SIM, but integrates into the device’s hardware rather than being a standard removable chip.

The SoftSIM has been integrated into Alcatel’s Pop 4-6 4G, A2 XL and A3 XL handsets, all of which will also have slots for regular SIMs. The A3 XL (pictured above) is an update of the A3 and will initially be available in Europe, the Middle East, Latin America and Asia-Pacific regions, shipping at the end of Q2 2017 into the beginning of Q3.

The A2 XL is a refresh of the Pixi 4 6 3G and will be initially available in Europe and Latin America, shipping at the same time as the A3 XL. The Pop 4-6 4G is a 6-inch refresh of the Pop 4, with launch regions still to be announced.

While none might come to Canada, it’s still a large step for the Canadian roaming provider. KnowRoaming also told MobileSyrup that ZTE’s dual-camera Blade V8 handset will come stocked with a SoftSIM in Q2 but regions are still to be announced.

Update February 28th – KnowRoaming has clarified that the SoftSIM will be implemented only in the Blade V8, not the Blade V8 Pro, Mini or Lite. The article has been updated accordingly.