Canadians pay the most for wireless data, says report 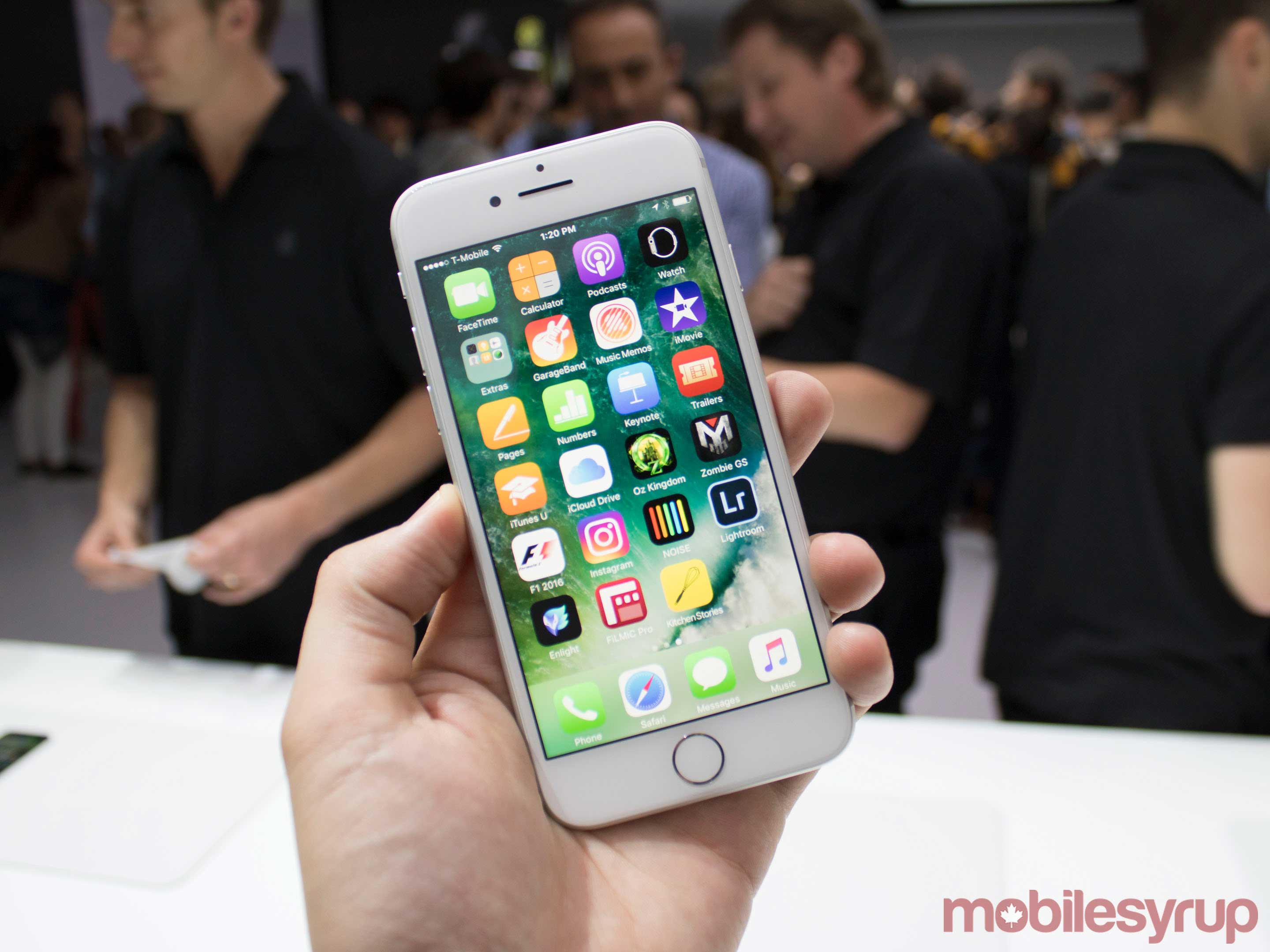 A new study by Tefficient, a Swedish telecom consulting firm, indicates that Canadians pay the most per megabyte (MB) for mobile data. This is the firm’s 14th survey, but the first time the company has included Canada in a report.

The study shows that data use is growing sharply  in countries where operators commonly offer unlimited data. In markets like Canada, where most carriers are more miserly with their data buckets, data usage is growing extremely slowly. The study suggested that Canadian carriers lead the world in revenue per MB, at approximately 45 Euros (about $62 CAD) per GB.

In raw data usage, Finland led the pack with the average user consuming 7.2GB of mobile data per SIM. The survey found that 47 percent of Finnish SIMs were on unlimited data plans. Canada was near the bottom of the list in data usage per SIM, at around 1GB. 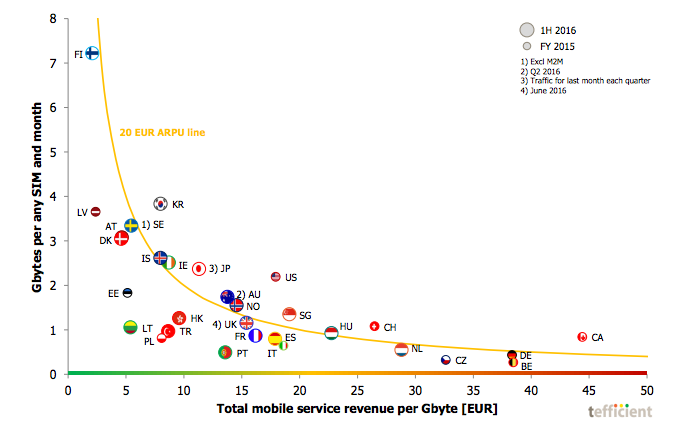 There is a “be careful what you wish for” component to unlimited data around the globe, however. Many carriers offer unlimited data on all plans but limit the available speeds. Entry-priced plans may be 3G-only, and LTE-capable plans will often have transfer speeds throttled unless you opt for the most-expensive plans.

Many unlimited plans (as is generally the case with unlimited plans in the U.S., and with Freedom Mobile in Canada) have a limited amount of full-speed data, after which speeds are further slowed. Canadians, in contrast, are accustomed to getting the best available speeds at all times, but having limits put on how much data can transferred before overages kick in, or before data just stops working, in the case of prepaid options like Public Mobile.

An interesting trend in parts of the world is wireless networks attempting to supplant traditional “terrestrial” networks (such as cable, DSL, and fibre-optic) by offering fixed wireless plans in the home, again with limits on the bandwidth (AKA speed) rather than on the throughput.

Wi-Fi usage varied across the globe, according the study. In countries with unlimited data, Wi-Fi usage was lower, whereas countries like Canada showed higher use of Wi-Fi. 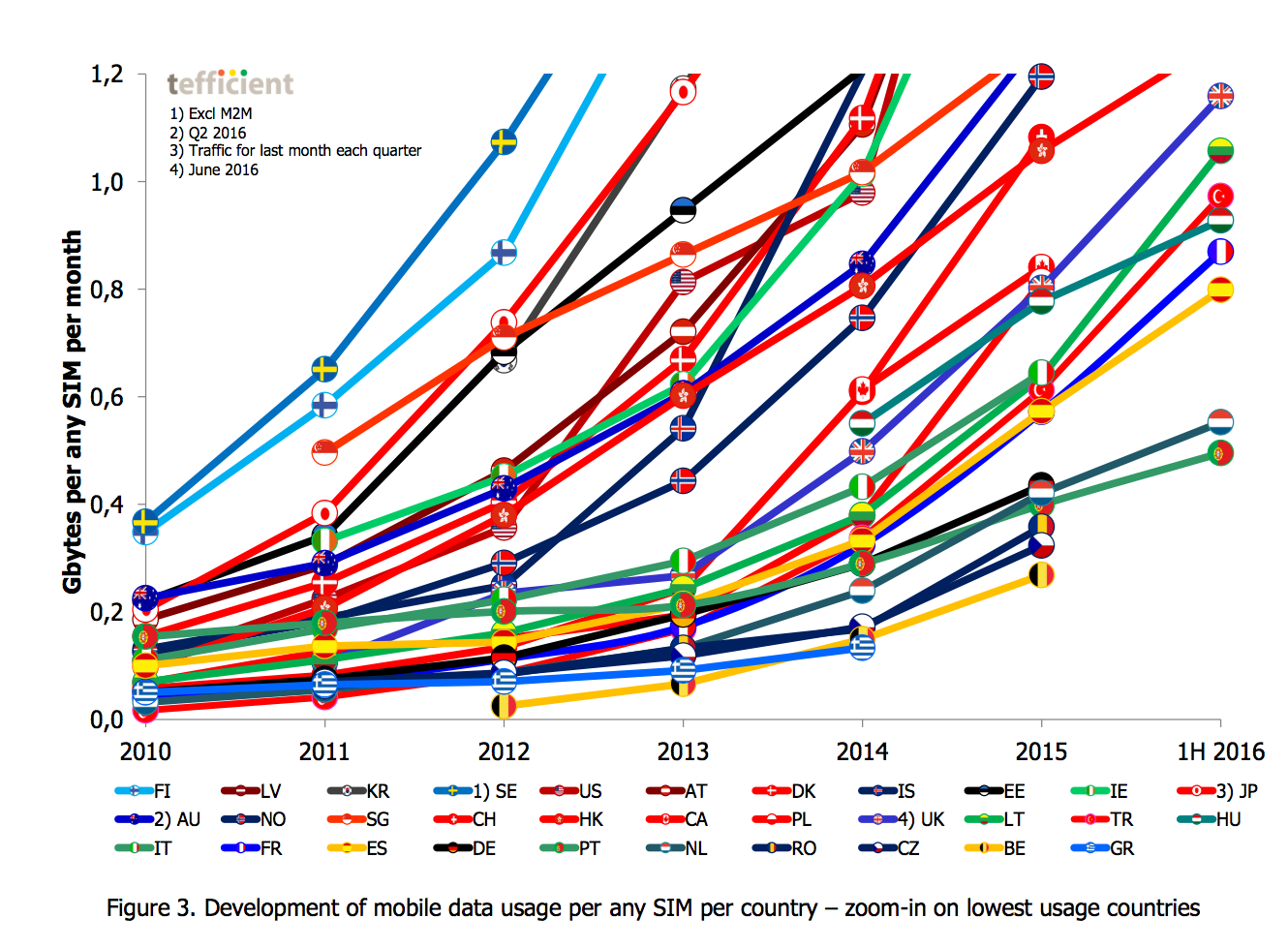 The study notes that a “truly unlimited plan doesn’t exist — operators limit throughput, tethering, video resolution, time or even volume,” but that marketing something as unlimited tends to significantly increases usage.

The SIMs that moved the most data were typically data-only, such as those you might purchase for a tablet or a PC, and that the operators with the highest data usage generally also had the highest proportion of data-only SIMs. Almost 20 percent of one Finnish operator’s SIMs were data-only, and their customers used nearly 10GB per SIM, far above the average of 7.2GB per SIM for Finland as a whole.

It will be interesting to see how mobile data usage evolves in the coming years with the likely expansion of Freedom Mobile, and recent Black Friday activity suggesting that the big-3’s flanker brands might be beginning to compete more than in the past.

Find the full study at this link.