Satellite imagery is now sharper than ever on Google Earth 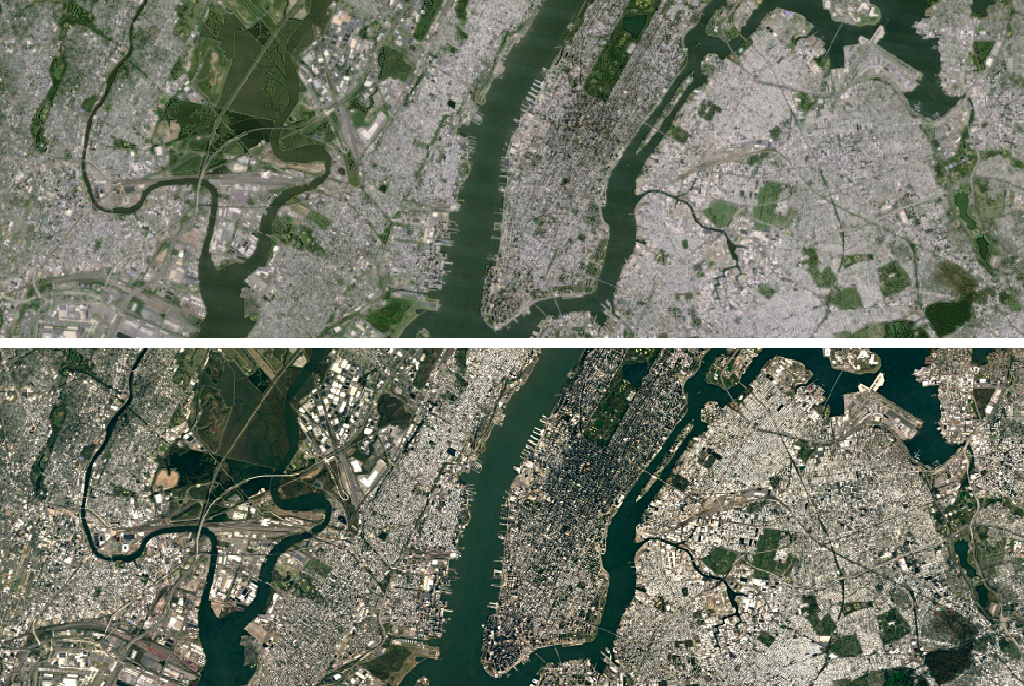 Get ready to fall down a rabbit hole of globe searching, because Google has just come out with a new version of the Google Earth app that significantly improves the quality of its satellite imagery.

Google announced today that the latest version of its app uses imagery from the Landsat 8 satellite, the newest sensor in the USGS/NASA Landsat satellite program, launched in to orbit in 2013. The Landsat 8’s image quality is far improved from its predecessor the Landsat 7, and the satellite is able to capture images at a rate twice as fast.

Additionally, the new version rectifies an issue that arose with its last 2013 update, in which images from Landsat 7 were missing large diagonal gaps of data due to a hardware issue.

Google states that it mined data from nearly a petabyte of Landsat imagery, which translates to more than 700 trillion individual pixels, to make sure it created new images that are as unobstructed by clouds as possible.

Google Earth is available as a desktop, iOS or Android app, or through clicking the satellite overlay in Google Maps.

Related reading: Google will release its own smartphone this year, says new report