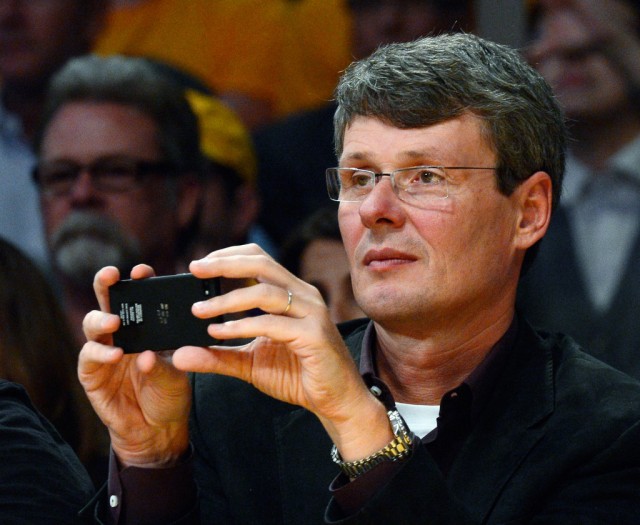 Thorsten Heins has survived his latest trial as a tech executive.

The one-time BlackBerry executive remains the CEO of Powermat Technologies, a company that specializes in wireless charging technology.

For those that haven’t been following the ongoing saga, Heins came back into the spotlight last December when CNET obtained and published court documents that revealed the former BlackBerry CEO had gotten embroiled in litigation between himself and three members of Powermat’s board of directors.

The group, led by the company’s founder and former CEO, Ran Poliakine, claimed Heins was running Powermat without an approved budget and moving it toward insolvency. Most casual observers assumed, whether correctly or incorrectly, Heins was trying to go for a repeat performance.

The situation took a turn for the dramatic this week when a new article came out that said Heins had been ousted from Powermat. On Sunday, The Jerusalem Post reported that the two opposing sides had filled a mediation claim in a Tel Aviv court.

The agreement, according to what Poliakine told paper, said Heins had agreed to step down from his position as the CEO of Powermat Technologies. It also called for a restructuring of the company’s board of directors, as well as additional investment from its investors. On Tuesday, the newspaper published a followup article after Powermat issued a statement denying the article’s claims. For the time being, it appears Heins isn’t going anywhere.

“Thorsten Heins has done a tremendous job of focusing Powermat on real shareholder value creation following Ran Poliakine’s departure after eight years. Thorsten enjoys the support of a majority of the board, and selflessly expressed his willingness to make significant personal sacrifices in the interest of eliminating shareholder disputes,” said the Powermat Technologies board in a joint statement. “Mr. Heins remains the CEO of Powermat, with our confidence in his ability to bring true shareholder value, despite the harassing litigation and other actions taken by Mr. Poliakine and his allies.”

Based on the wording of the statement, it seems Heins was willing to leave Powermat to ease tensions between Poliakine and the rest of the company’s board of directors. Depending on the specifics of his employment agreement, however, they may have been significant repercussions for Powermat had its board decided to dismiss Heins after the mediation agreement leaked to the public.

That said, despite his short and ultimately ineffectual stint at BlackBerry, Heins likely drew Poliakine’s ire through no fault of his own. “I don’t think Heins can be blamed for Apple not adopting the company’s wireless charging, for example,” contends Mike Dacks, a Canadian and Israeli technology lawyer and entrepreneur. Indeed, under Heins’ leadership, Powermat has achieved some significant milestones, including a partnership with Samsung that will see the company’s tech incorporated into future Samsung smartphones.

“It appears to me the news this week stems from bitterness Poliakine had towards the company’s current management and investors,” says Dacks. “Powermat had a founder who was a very successful entrepreneur, but also someone who was an eccentric and very Israeli in the way he did business. Several years ago the company brought in some very serious U.S. and non-Israeli investors who took significant part of the board. The board then pressured him to resign and brought in Heins to replace him.”

According to Dacks, this type of turmoil is not uncommon, and it can often cripple an early stage company. “Dysfunctional boards are a horrible thing,” says Dacks. “I’ve been involved in similar situations — it’s not fun for everyone involved and it doesn’t help the company as a whole. I think this is a perfect example of that.”

We’ll continue to follow the story as it develops.