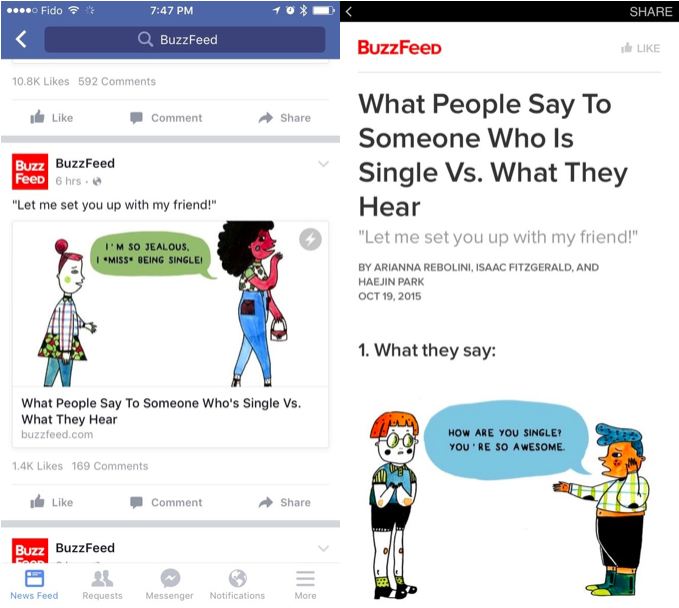 Five months after integrating fast-loading Instant Articles into the social network’s News Feed, Facebook is rolling out its Instant News platform to all iPhone users.

During The Wall Street Journal’s WSJD conference in Laguna Beach, California, Facebook’s Chris Cox, the company’s chief product officer, explained that thousands of news articles a day will now be published across Facebook in the platform’s new Instant Article format.

New partners that signed up to be part of the Instant Article program include various major media companies: Vox, Slate, The Huffington Post, The Daily Mail, The New York Times, BuzzFeed, The Atlantic, as well as a variety of other outlets.

Facebook’s Instant Articles are marked by a lightning bolt next to them and have a visual look that’s much cleaner than standard Facebook posts. Additionally, the new format has all advertising and tracking code stripped from its content and supports unique visual features such as 3D maps and galleries.