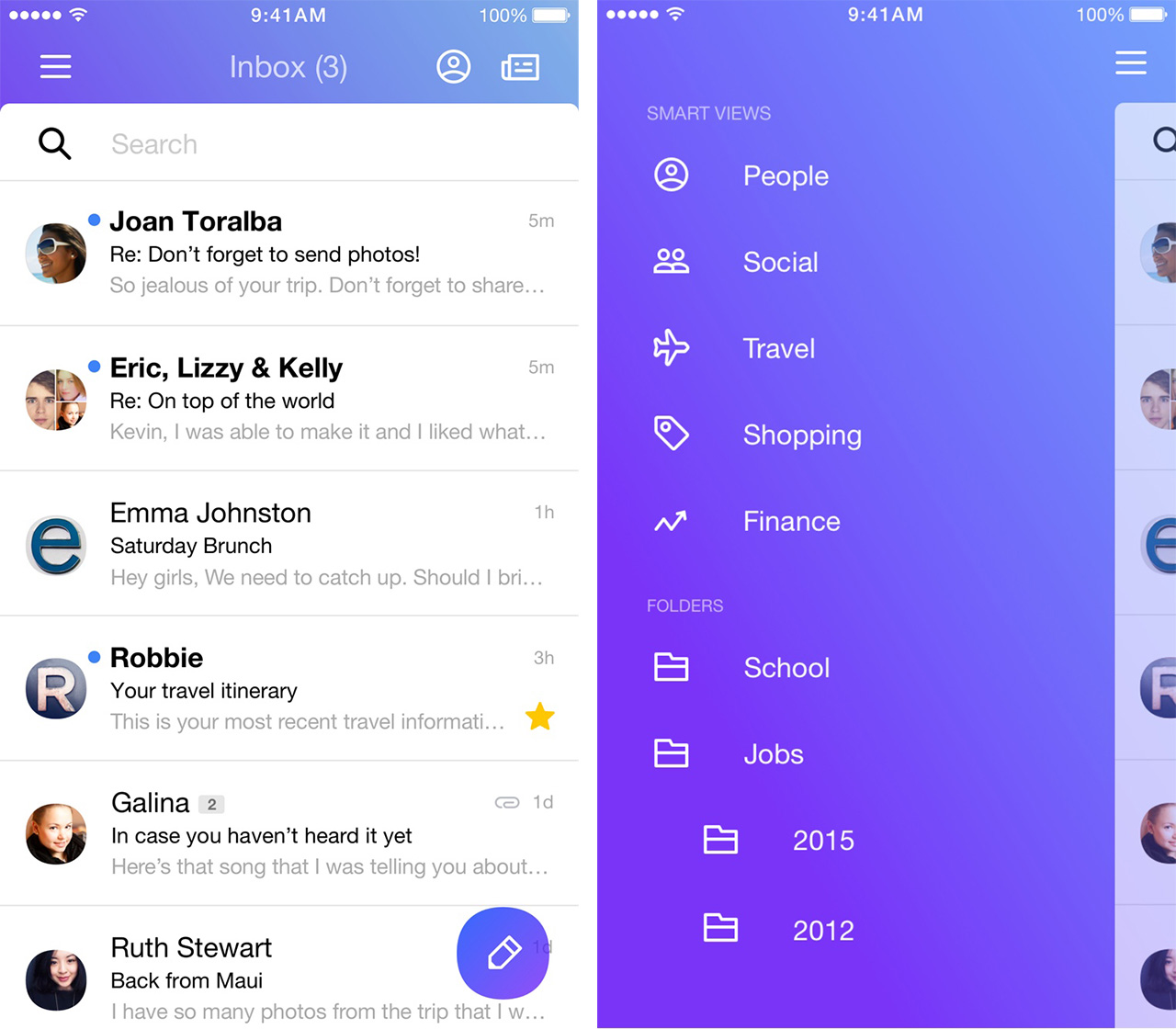 On the eve of Yahoo Mail’s 18th birthday, the company behind the app today revealed it plans to launch a new redesign focused on speed and creating a more intuitive user interface, modernizing the aging email platform.

Yahoo users will now be able to connect various email accounts to Yahoo Mail, offering functionality that’s been available on competing platforms such as Gmail – which is probably your primary email service – for a number of years. However, if you’re a Yahoo Mail user, this means Outlook, Hotmail and AOL email can be received via Yahoo Mail’s new app and desktop interface. Strangely, Google’s Gmail email service, arguably the most popular email platform on the internet, is not included in Yahoo Mail’s list of connectable email platforms.

“Email is the most prevalent way people communicate online. However, what we want from our inbox is evolving. Mobile use requires a faster and smarter inbox,” said Jeff Bonforte, senior vice president of communication products at Yahoo, in a statement to MobileSyrup.

In terms of other new notable features, Yahoo says its revamped Mail App will also feature direct Twitter, LinkedIn and Facebook integration, a feature the company says is only available in Yahoo Mail, allowing users to easily attach images pulled from these social networks to emails.

Along with Yahoo Mail App’s revamped interface, comes a new password input method. According to the company, Yahoo Account Key sends password push notifications to users, operating in a way that’s similar to many platform’s password recovery stems, in the process giving users almost instant secure access to the mobile version of Yahoo Mail. This also removes the need for complicated passwords and if the process works well, is hopefully adopted by other apps as well.

Yahoo also launched on-demand passwords via SMS codes for Yahoo Mail earlier this year. The company says it has plans to roll out Account Key to the company’s other apps later this year.

The new version of Yahoo’s Mail App rolls out today on iOS, Android and desktop.