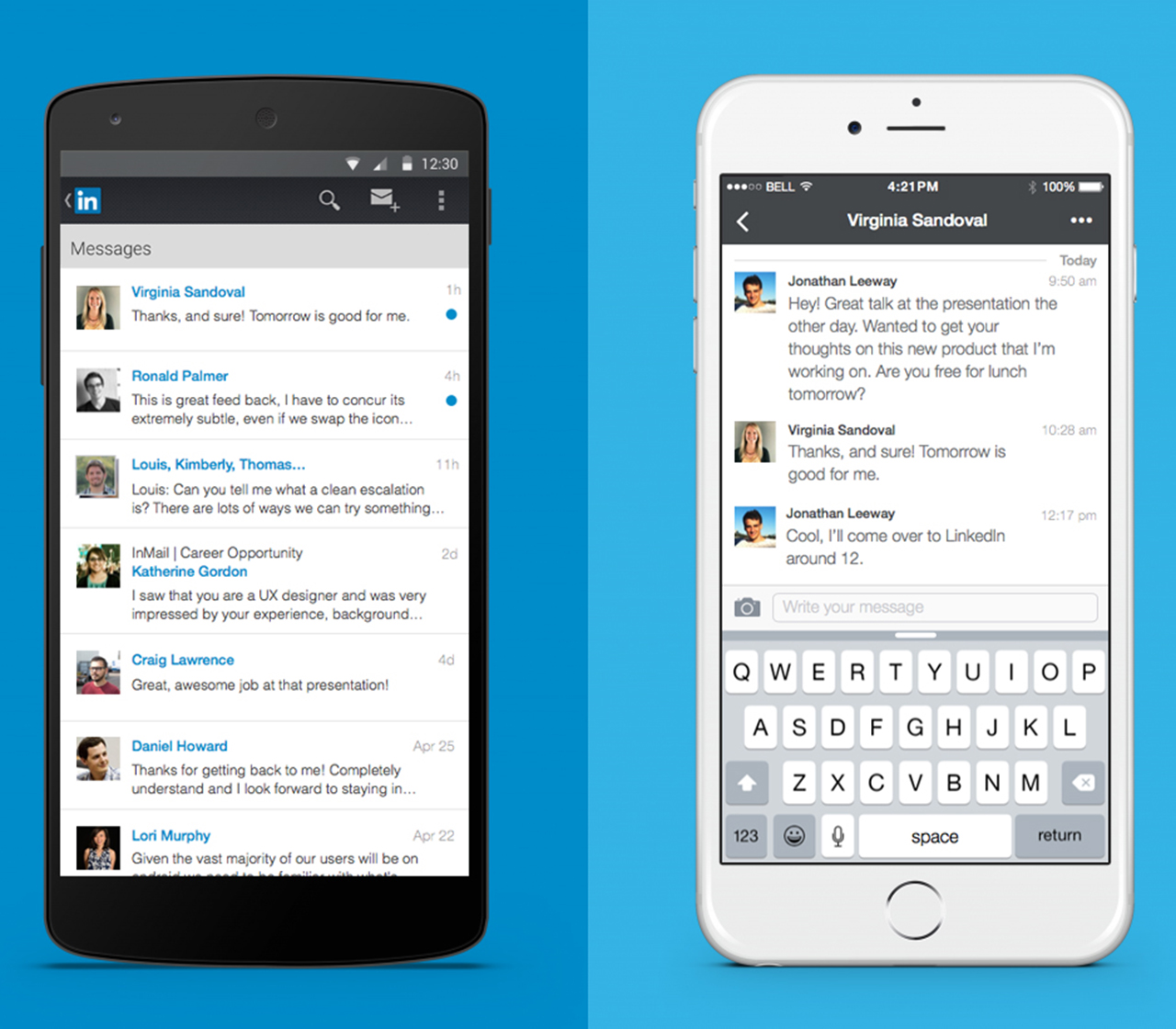 LinkedIn is the kind of social media platform most people probably don’t actually enjoy using. It’s not particularly useful, its user interface is outdated and, in general, it just isn’t very much fun to use – but it’s a necessary evil for many professionals, and can be helpful when it comes to forging connections or creeping a co-worker’s professional experience.

“If you’re like me, you’re probably having more and more short-form and casual conversations with your professional peers every day. As you would over text or in-person, it’s now easier for you to have meaningful yet lightweight ways to reach out and light up your professional relationships through conversations,” writes LinkedIn’s director of product management, Mark Hull, in a recent official blog post about the new update.

Thankfully via an update released today, LinkedIn has completely revamped its messaging system, nixing the 2005 Hotmail-like email-style inbox it once featured for a modern chat interface Google Hangouts, WhatsApp and Facebook Messenger users will likely find familiar. In an effort to up its cool factor, LinkedIn has also added the ability to send Gifs, emoji and even stickers, through its new messaging interface.

While these features won’t be particularly useful on a professional social network, the ability to send photos and documents has also been added to the platform, which will likely be a welcome addition to the service for most LinkedIn users, especially given its business-focused nature. Additionally, messages can be sent out one on one or to a group of contacts.

The update was released today to English language members of LinkedIn on iOS, Android and desktop.

Moving forward LinkedIn says it has plans to possibly add voice and video conversation capabilities, as well as adding an “intelligent messaging assistant” designed to suggest people to contact or provide pertinent information about an individual before you message them.