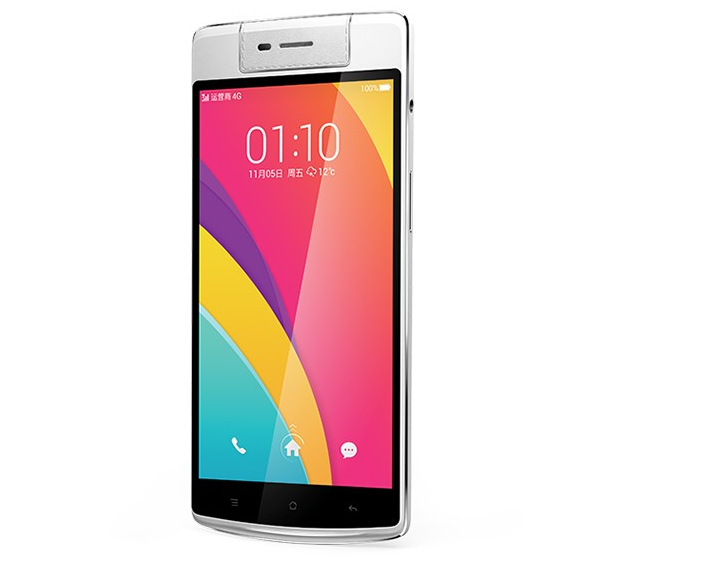 After weeks of teasing, Oppo on Wednesday morning unveiled the successor to its N1 smartphone, the Oppo N3.

The N3 was unveiled alongside the R5, which quickly claimed headlines with its thinnest phone in the world title. However, the N3 is not without a few notable features of its own. As we learned over the last few weeks, the N3 packs the same swivelling camera present in its predecessor. This time, though, Oppo has done away with the mechanical aspect of this component and made it a motorized module capable of swivelling at the touch of a button.

Of course, one of the biggest benefits of this swivelling camera was that you could position it just so, say if you wanted to take a picture of what’s overheard, and it’s not immediately clear if users can still so that. However, the motor does allow for more than just the usual guided panorama shots. With the N3, users can just hold the phone still and let the motorized camera slowly turn to do all the work.

The sensor has been upgraded to 16MP and Oppo has also seen fit to make the N3 a bit more manageable with a smaller 5.5-inch Full HD LCD display. This is almost half an inch smaller than the panel on the N1, which was closer to the Nexus 6 in size at 5.9 inches.

The device is currently listed as out of stock on OppoMart but will be priced at $649 when it launches in December.