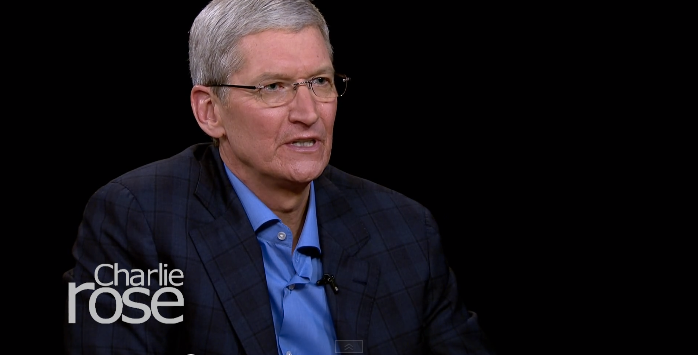 While the last couple of weeks have been dominated by iPhone 6 and iPhone 6 Plus news, the days preceding the announcement saw Apple facing considerable criticism of its iCloud security.

While the company was quick to distance itself from the leaked photo scandal (Apple claims the unauthorized access was a result of poor password etiquette and not a breach), the incident has brought data security and privacy to the forefront of peoples’ minds. Apple is keen to quell concerns ahead of the launch of its new phones and iOS 8, which brings Apple Pay, iCloud Drive and a number of other new features.

This week, Apple launched a new dedicated privacy section on its website. Its purpose is to educate users on the lengths to which Apple goes to protect its users. It also offers tips on managing privacy and securing data, as well as information on how Apple deals with requests for data from government agencies.

The launch of this portal coincides with the publication of an updated version of Apple’s actual privacy policy. This update covers new features of iOS 8 and provides clarity on how one’s information is currently being collected and used by Apple and third parties. Apple is quick to point out that none of these changes are retroactive, but you should definitely read it over if you’re an Apple user. It’s divided by country and language so be sure you’re reading the correct version.

All of this accompanied by a letter from Apple CEO, Tim Cook, who says security and privacy are fundamental to the design of all Apple hardware and software products. He encourages users to utilize two-step verification wherever possible and assures users Apple’s business model doesn’t include collecting user data based on email content or web browsing habits.

“We don’t ‘monetize’ the information you store on your iPhone or in iCloud. And we don’t read your email or your messages to get information to market to you. Our software and services are designed to make our devices better. Plain and simple.”

Apple also claims that on devices running iOS 8 or higher, it is no longer possible to extract data, even with a search warranty, “as the data sought will be encrypted and Apple will not possess the encryption key.” Apple will still cooperate with agencies on requests for devices running iOS 7 and below, but a search warrant will still be necessary.

Cook doesn’t come out and say it, but his statements about Apple’s business model revolving around creating quality products (not collecting and selling your data), as well as his note to enable two-step authentication, should serve as a reminder to us all that much of the responsibility is on us as the user. While Apple is responsible to a point, it’s also up to users to ensure ample security measures are taken.

Obviously, certain people are more okay with sharing certain information than others, but strong passwords (that differ across all services and devices), two-step authentication, and a great password manager can go a long way toward protecting you from certain breaches.

Check out our guide of services that offer two-step verification.