Tête-à-Tête: Can one carrier end youth homelessness in Canada? 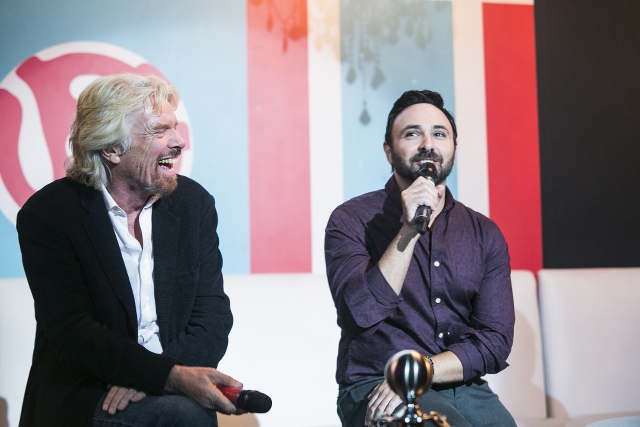 This week, Jane and Douglas talk about whether a company can do both good business and do right by its customers.

Douglas Soltys: Dearest Jane, I’ve been thinking a lot about last Monday night at the Virgin Mobile Re*Generation event, and not just because the Arkells were great and they called Jian Ghomeshi onto the stage to sing Talking Heads with them.

No, I’ve thinking about the press briefing with one Sir Richard Branson, where Virgin announced that it was adding three new phones to its Re*Generation program, of which a portion of proceeds go to help jobless and at-risk youth. When asked, Branson was quite honest in saying that while the 450 youth jobs the program has pledged to add in the next three years will have a meaningful impact on the lives of those hired, youth homelessness and joblessness in Canada will still be an issue until more companies step up to support the cause.

With 225,000 Canadian youth currently not in school or employed, I’m inclined to agree. I think it’s wonderful that Samsung has been a willing participant in Virgin’s Re*Generation program, but with only one device line on one carrier, the impact is limited. Now, pretty much every Canadian carrier does some amazing charitable work on their own, but I want to know if we live in a world where the Big Three could team up with Virgin to tackle this issue together.

Jane McEntegart: Doug, you fight for a noble cause, as does Virgin. And you’re right in saying that this issue needs more than one company. More than one Richard Branson.

I want to believe we live in a world where all of the major carriers can join together to help fight homelessness and unemployment for the young people of Canada. These people are our future and we do them a massive disservice by allowing them to fall into situations where they find themselves with nowhere to go and no one to turn to.

I want to know if we live in a world where the Big Three could team up with Virgin to tackle this issue together.

However, I don’t think the solution to this problem is a call to action for national carriers. Partly because we have yet to identify the cause of this problem. There are thousands of reasons young people (and old people) end up on the streets and we would be remiss to think that rectifying the issue of homeless or unemployed youth is the same as solving the problems that lead to thousands of our children living on the streets. However, there are also hundreds of other issues that require the kind of attention and funding companies like Virgin and people like Richard Branson can offer.

I’m not saying every company should focus on a different issue. A problem shared is a problem halved, after all. That said, at some point, we as a society need to stand up and say we can’t let this happen. We can’t rely on corporations to clean up messes that we create. We need to ask ourselves how we as a society can keep children in school, keep them employed, keep roofs over their head, before they get to a point where they have nowhere to go and no one to turn to.

Still, I’m not a total Debbie Downer. It’s admirable to see a company like Virgin Mobile going the extra mile to do good (even if they’re getting some awesome PR in doing so). Too many companies don’t do enough and it is really awesome to see Canadian companies willing to stand up and say, “Hey, we are not okay with how this is, and we want to help our customers help their fellow Canadians.” Douglas Soltys: Points well taken, Jane. I think you’re right that no matter how many companies try to plug their holes, there will still be too many; it only slows your plumbing problem, it doesn’t solve it.

I was particularly effected when Bill Young of Social Capital Partners, a organization focused on addressing Canadian unemployment, spoke to the unconscious, systemic issues that create the problems Virgin and Samsung are trying to manage with Re*Generation. For example, the HR systems that automatically filter out resumes with employment gaps, or the certification programs that aren’t finding the right applicants to set people without post-secondary education down a profitable career path.

Mr. Young’s call for a new model to employment and employee training made me think of my recent experience covering Canadian startups like Raise Your Flag. Raise Your Flag is focused on solving youth employment issues at an infrastructure level, by creating new connections between the unemployed and companies looking for talented hires. Do you think there’s an opportunity here for the Canadian startup community to come in and reset the playing field?

A problem shared is a problem halved, after all. At some point, we as a society need to stand up and say we can’t let this happen.

Jane McEntegart: I feel like startups in this situation bridge the gap between major corporations and the common man. At a certain point, companies become so huge, it’s impossible to compare what they can do to what I as a single person can do. Startups are small enough that it gives me hope that I alone can make a difference but big enough or loud enough to have some hope of inciting change.

That’s really important, since we live in a world that requires us to be proactive about issues that affect us as a society. Like I said, there are thousands and thousands of issues that need funding, publicity, and attention of not only major corporations but individuals, too.

Homelessness and unemployment in Canadian youth is just one issue among many. Other issues like the impact of our electronics on the environment or the fact that a lot of our smartphones are made by people (sometimes even underage workers) for a very low wage are equally as pressing, even if they do seem so much further from home. It’s important that we don’t get down in extremely specific issues that we forget to look around and realize other areas that need to be addressed.

Douglas Soltys: You’re right, this issue is very specific and local, and at the top of my mind because of the Virgin’s recent event (which is the point of events like this, but still). The ethics of smartphone production are too large to even attempt addressing in this article.

But I feel that if we’re right that solving a problem like youth unemployment and homelessness has to happen at the source of the problem, any efforts will create network benefits on the conditions that affect other important issues. I think we can all agree that finding an issue that is important to you and getting involved is a great first step. The next step is helping others find their issue and looking for ways to assist. We’re all hoping to make the world a better place, and as you said, seeing others be proactive about change gives me hope that my efforts can make a difference.

If you’d like to get involved in the fight against youth unemployment and homelessness, follow the links in this article for more information on how you can help.