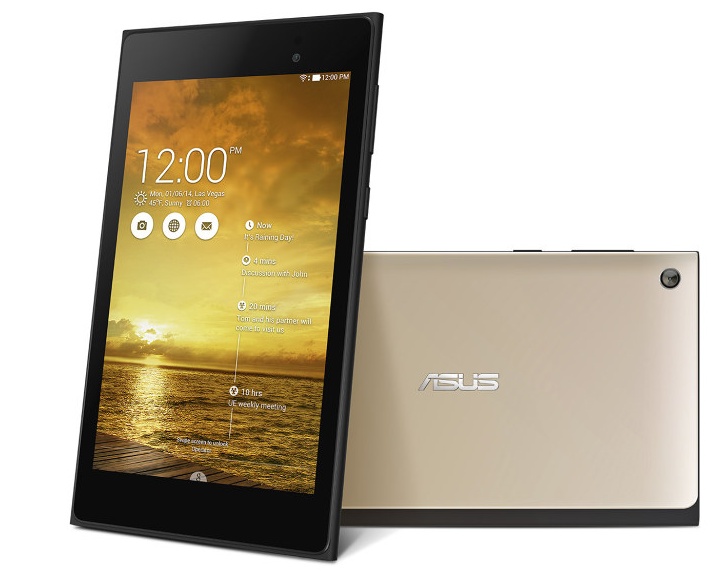 Asus just announced its new Memo Pad 7 and 8 for Canada but it seems the company is already ready to move on to the newest model. The current generation Memo Pad 7 is based on Intel’s 64-bit quad-core Z3745 Atom SoC, and Asus is staying with Intel but changing things up by switching to the the 64-bit quad core Z3560, which is clocked to 1.83 GHz. That’s a pretty big jump from the Z3745, which is clocked to 1.33 GHz.

The motivation behind this new Memo 7 really seems to be a fresh new take on the tablet’s design. Asus is ditching the rounded corners we saw earlier this month and going with harder edges and a thinner overall package (the new Memo 7 is 8.3 mm thick while the old version was just shy of 9.4 mm). According to Engadget, the design was supposedly inspired by clutch bags and wallets but it’s probably best described as Lumia-like in appearance.

According to CNet, it will go on sale in the UK in just a few weeks. When it does launch, it will be priced at £179. Unfortunately, Asus hasn’t talked pricing or release dates for additional regions outside of the UK.