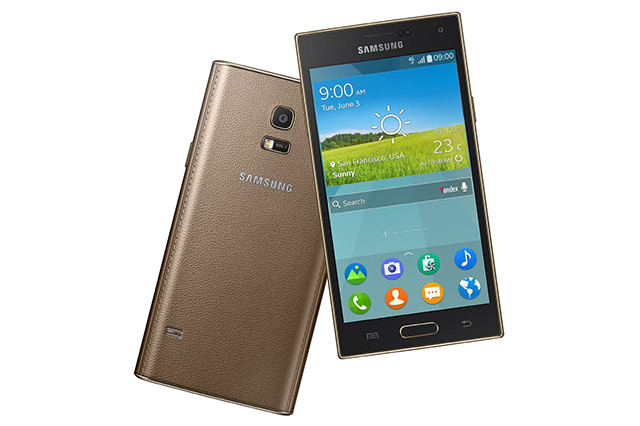 Samsung has finally moved to launch a Tizen-powered smartphone. The Samsung Z will first hit Russia in Q3 in black and red, with “plan[s] to expand to other markets” later in the year.

The Z’s design resembles previous Samsung devices, but this Tizen-powered handset is what the Korean company is calling a “premium smartphone” with “unparalleled quality.” This is Samsung’s foray away from Android or Windows Phone in a smartphone, a move to bring everything in-house and create its own end-to-end ecosystem. The Samsung Z sports a 4.8-inch 1280×720 pixel Super AMOLED display, a 2.3GHz quad-core processor, 2GB of RAM, 16GB storage, an 8MP camera, a 2.1MP front-facing camera, a 2600mAh battery. It weighs 136g and runs a very circular Tizen OS 2.2.1.

Packing itself into this LTE-enabled smartphone is “cutting-edge technology” that brings the same Ultra Power Saving Mode from the Galaxy S5. In addition, present on the Samsung Z is a built-in fingerprint sensor and S Health 3.0. From an app perspective, users will be able to download apps via the Tizen Store when the Samsung Z officially launches.

Samsung’s DJ Lee stated, “Samsung is committed to enhancing the mobile experience of consumers with innovation that is both personal and unique to their needs.” 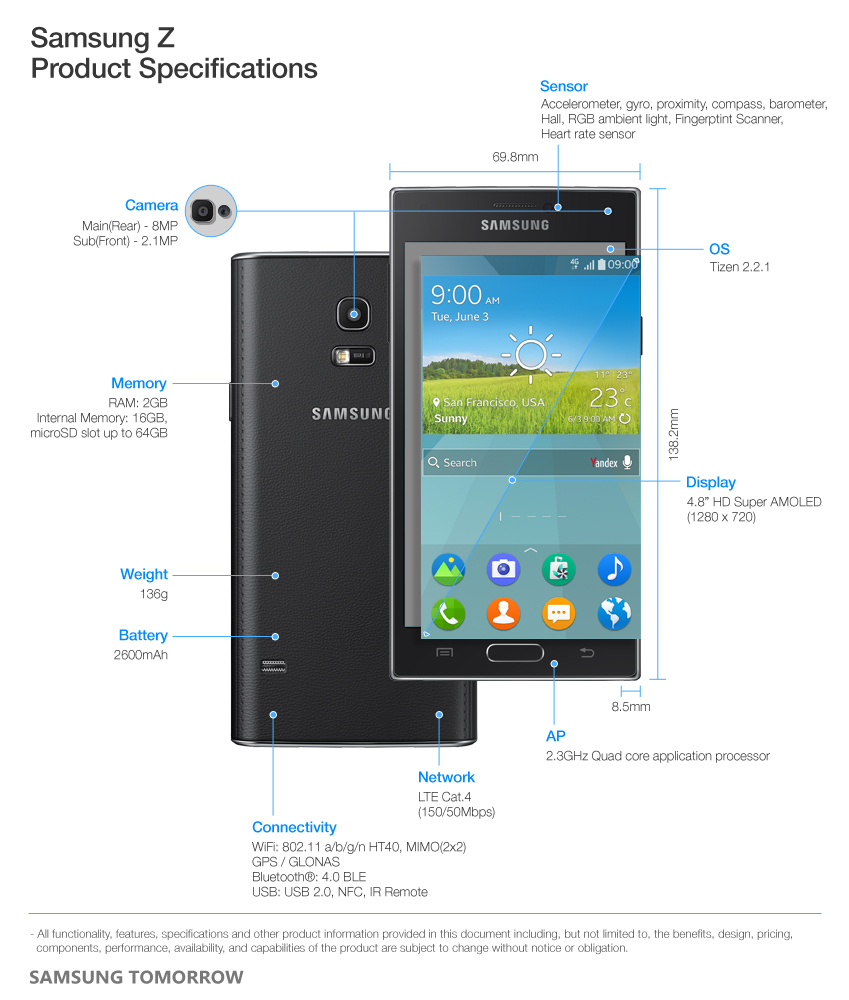