Microsoft reportedly set to name Satya Nadella as next CEO 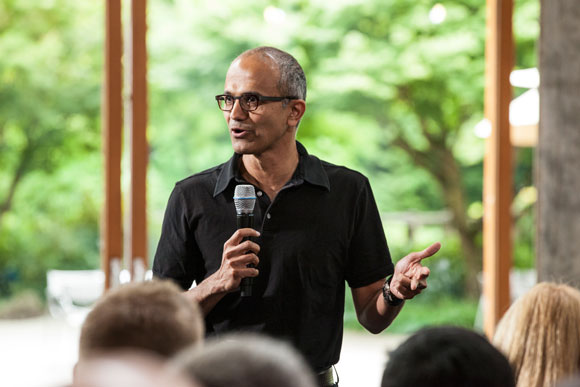 Since outgoing Microsoft CEO, Steve Ballmer, announced his retirement in August, the public has been awaiting news of his replacement. A number of sources, including Re/code and Bloomberg, are reporting that Satya Nadella, current head of Microsoft’s Cloud and Enterprise division, will take over.

Nadella has been at Microsoft since 1992, and has turned the company’s cloud computing platform, Azure, and its excellent set of developer tools, into a highly profitable venture. Though former Nokia CEO, Stephen Elop, was reportedly in the running, along with Qualcomm CEO, Steve Mollenkopf, and Ford CEO, Alan Mulally, Nadella’s cross-company expertise helped him gain an edge.

The Microsoft of 2014 is an enormous, diverse company with its fingers in almost every piece of the computing and digital pies, from desktop and mobile OS’s to gaming, cloud storage and hardware design. Nadella, though the bulk of his career has focused on the enterprise and developer markets, is thought to be the best internal candidate — a plus in the board’s eyes, apparently — to oversee the company’s disparate and largely independent divisions.

According to Re/code, Microsoft may make the announcement as soon as next week. An announcement of Bill Gates’ replacement as chair of the board may also arrive at the same time, according to rumours. Gates is thought to have maintained a close connection to the company he co-founded in 1975, though as a public person he is more well known today as the head of the Bill & Melinda Gates Foundation.