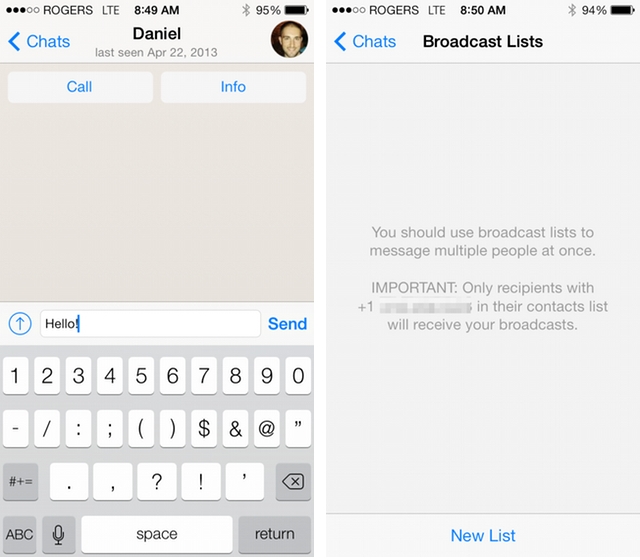 After what seems like forever, WhatsApp has updated its popular IM client with an iOS 7-friendly look, ridding itself of what was arguably the ugliest interface in messaging on any platform. Seriously, it was hideous.

While the updated design doesn’t look especially original, WhatsApp has done a good job translating its core messaging service to the new iOS 7 design ethic; it’s possible to swipe from the left edge to return, for example, and there is integration with Apple’s new Maps API for better location sharing.

One new feature is something called Broadcast Lists, which lets you initiate a group message with many WhatsApp users which, when stored in lists, makes it easier to coordinate.

Other than that, the requisite nips and tucks expected in a significant app update are all present, including improved notification sounds, text resizing and more.

If you recall from earlier this year, WhatsApp has transitioned to a yearly subscription model across all of its platforms, including iOS, which offers one year of free service before asking users to pony up $0.99 thereafter.