Android has 43% of the smartphone market share in Canada: comScore

Stats on Canadian wireless market share are hard to come by. The CRTC and the CWTA each publish reports, but third-party representation is always good.

Research firm comScore has come out with some new figures, though they’re reporting from results obtained in June 2013. However, taking into account how quickly the market changes there might be some fluctuations in percentages. According to their MobiLens ‘Mobile Landscape’ findings, Google’s Android is taking top spot when it comes to mobile market share with 43% – this is an increase of 3% in the quarter. Apple’s iOS stayed the same at 35%, as did Microsoft’s Windows Phone at 2%. As expected, BlackBerry’s market share slightly dropped 1% to 19%. The other 1% are categorized as ‘other’ like Nokia’s Symbian and webOS.

Another interesting stat in the report reveals that “mobile subscribers grew by 6% in Canada year over year,” now topping over 23 million. This number could be a bit skewed as the CWTA (Canadian Wireless Telecommunications Association) reports the number of wireless subscribers in Canada is now over 27 million. In addition, the adoption of smartphones continues to rise in Canada, now representing 72% of total mobile subscribers.

Unfortunately there’s no indication of the manufacturers market share. Apple likely has the single highest market share, with Samsung, HTC, LG, Sony, Motorola and the rest of the crew comprising Android’s 43%. 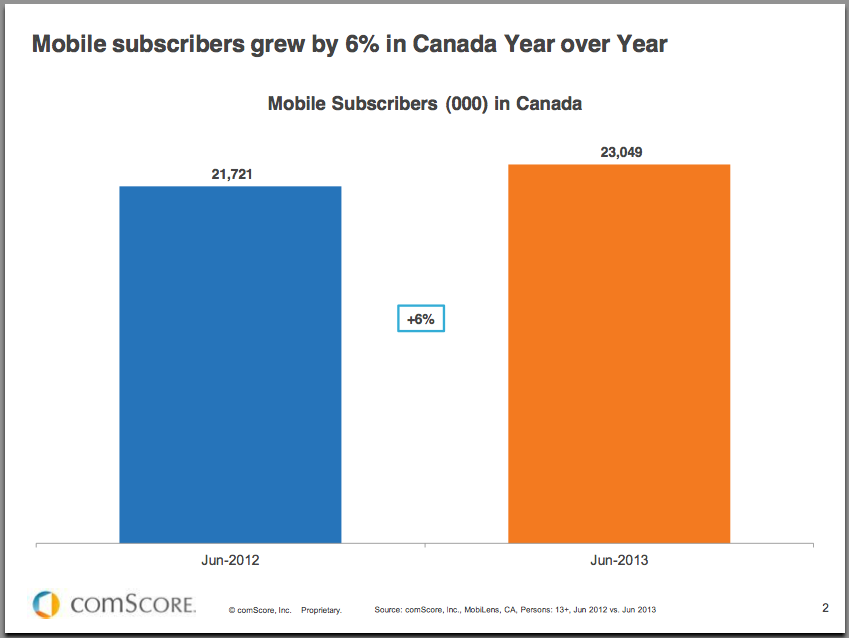 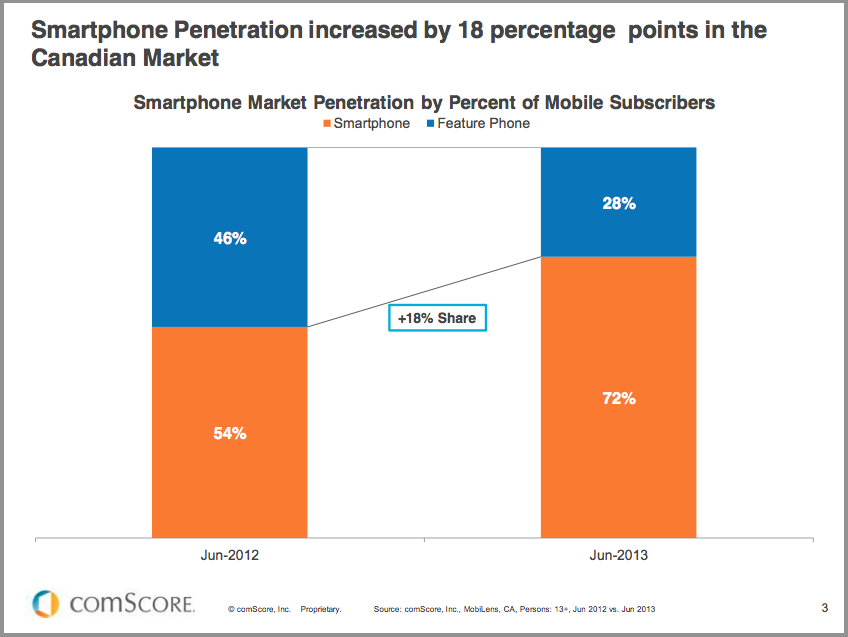 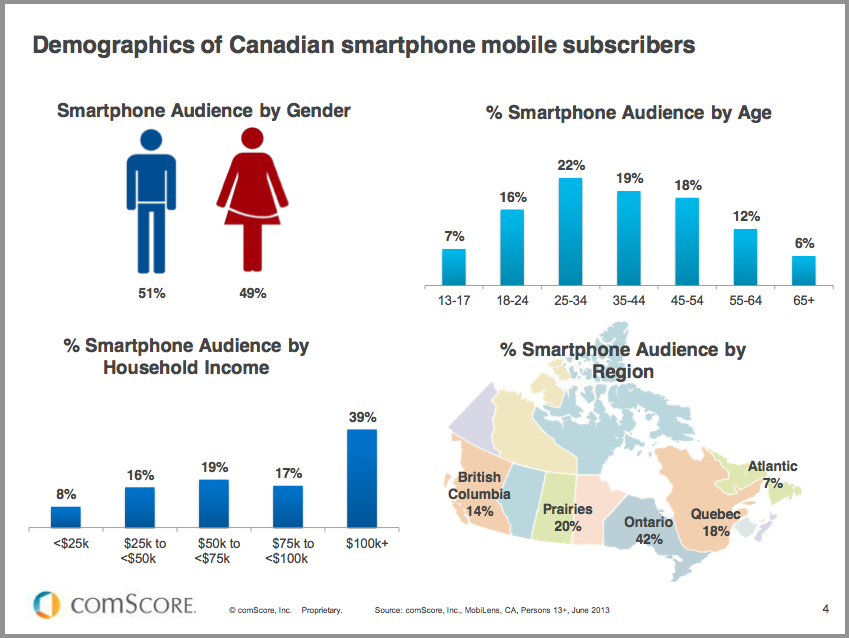 (Thanks Bryan for the slides!)