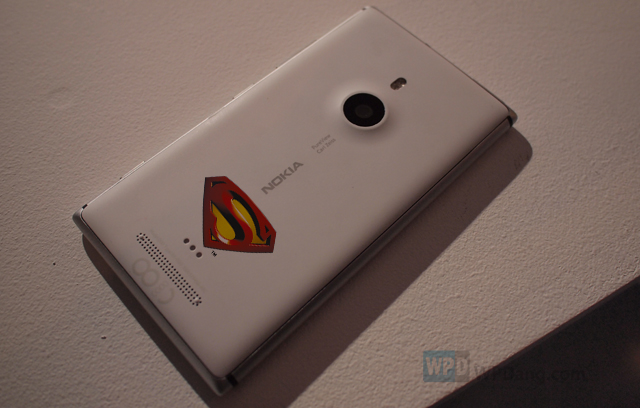 Nokia is a big on having their brand associated with box office movies. A couple years back it was the Nokia Lumia 900 that appeared in Batman “The Dark Knight Rises.” The company developed an exclusive app for users, plus went as far as releasing a limited edition “The Dark Knight Rises” Lumia that had the Batman logo etched on the back.

Looks like Nokia is coming back to the table this summer for the upcoming Superman flick. A Nokia Lumia 925 (not confirmed to be coming to Canada) has the similar fate to the Batman phone as it’s also been outfitted with the Superman logo on the back. This ‘Man of Steel’ device will apparently be hitting a China exclusive and land on June 15th. There’ll only be 925 Superman Nokia Lumia 925 devices produced and it’ll come with a branded wireless charging cover, plus be numbered. The price is expected to be around $650 (CNY 3,999). However, the back cover will also be available to masses when the phone become officially available, so the limited-edition value will be significantly depleted. Might as well get a sticker and put it on the back yourself.