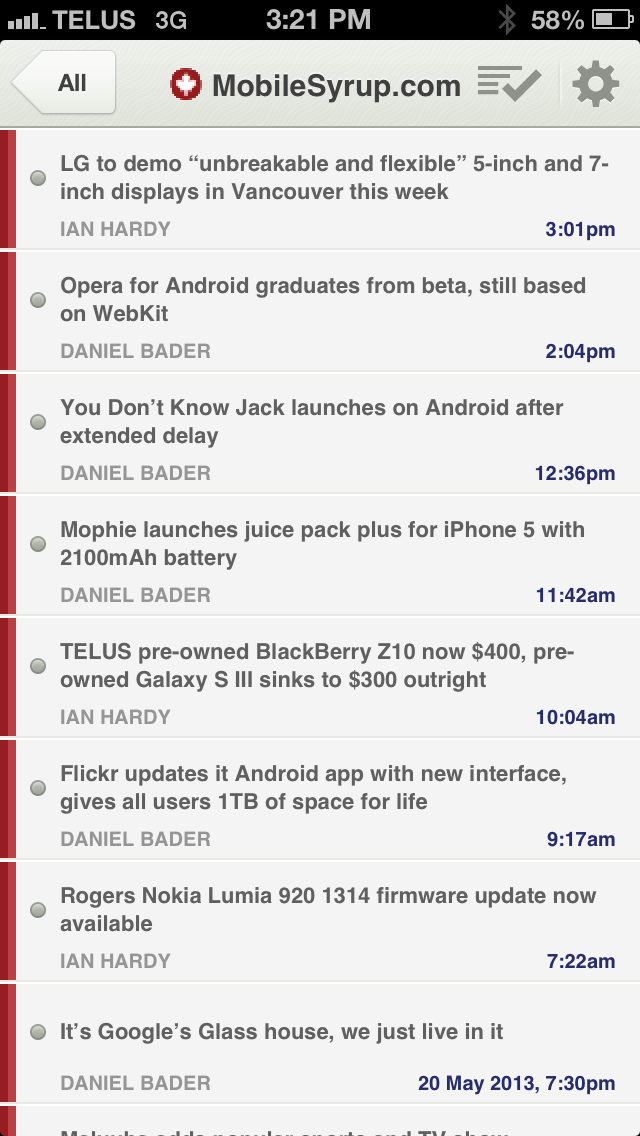 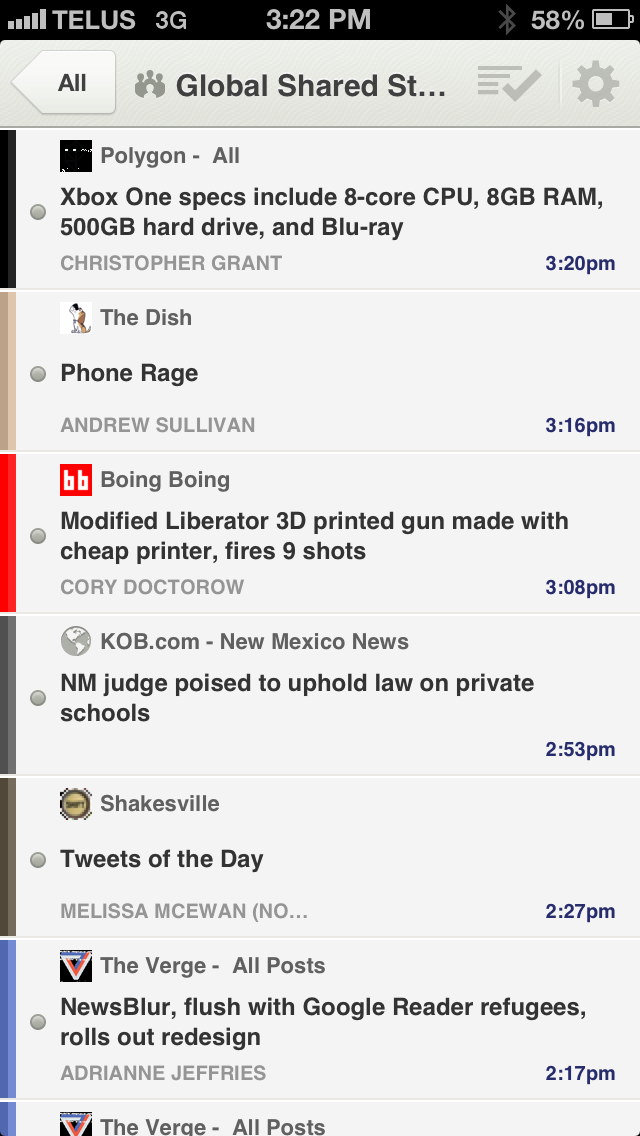 NewsBlur is one of the most fully-realized RSS feed consolidators in the wake of Google Reader’s impending shutdown. While the service has been around for a few years it was in March, when Google announced Reader’s death, that people really took notice.

Because it uses a freemium model like Evernote — non-paying users are limited to adding 64 sites to their feed list — there is a good chance NewsBlur will be around for a long, long time. With a $24/year fee for unlimited access and faster access, there is good reason to invest in the service, especially if it will something you’ll use daily. I’ve been using NewsBlur for the past few weeks and it has impressed me. There is a very fast, but simple, Android app, and today’s redesign for iOS cements it as a great alternative to Reeder (which has thrown in support for Feedbin in its latest update).

The iOS app has a bit more newness than just a visual redesign though: there is a new sharing workflow, which allows users to open articles in Instapaper, Pocket and Readability. The story layout is also more spacious, so you’re able to maximize the screen space of the iPhone or iPad. The app looks cleaner, performs faster and comes highly recommended.