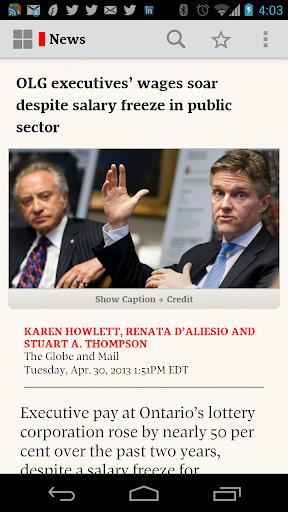 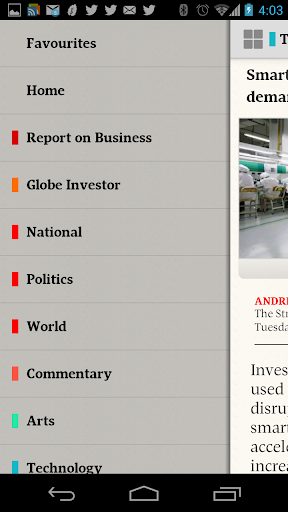 The Globe And Mail app for Android never quite lived up to its potential, and was left languishing on the Play Store for months with memory problems and a host of performance issues.

Now the company has updated its app to make it faster and less prone to crashing on newer devices. According to the Globe’s mobile editor, Matt Frehner, “we spent a lot of time under the hood on a slew of nerdy things like caching and memory management. We’ve also made some small changes to the design of the app — most notably an entirely new navigation experience — in order to make it easier to use on the latest and greatest Android phones.”

The app now feels more native on Android and not just a mere port of an iOS app. The left-side navigation bar fades in slightly as it emerges, with a uniform gradient that looks awesome. It’s also much more responsive than before, and the reading experience has been improved. Offline reading can be scheduled to download all the articles for a specific section, or for the entire newspaper.

With most major newspaper publishers opting to focus their efforts on iOS, the Globe has fashioned a fantastic app for a growing user base.