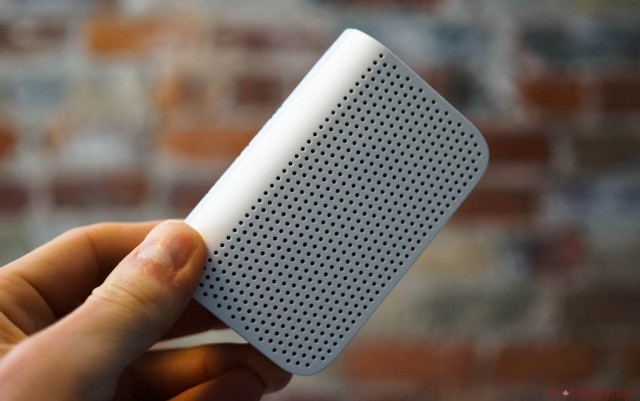 Unlike the BlackBerry Battery Charger, this Mini Stereo Speaker was the last accessory I expected to be announced alongside the Z10. While the company has a history of releasing music-related accessories, most notably two versions of its Bluetooth-powered Music Gateway, it was still somewhat flummoxing to remove the Stereo Speaker out of the box.

While there may be two drivers behind the stylish and modern perforations, the miniature speaker takes cues from hands-free Bluetooth speakers than any boombox I’ve used. But it performs both functions: first as a small, clip-on Bluetooth or 3.5mm stereo speaker; second, as a Bluetooth receiver for a car dash or office. 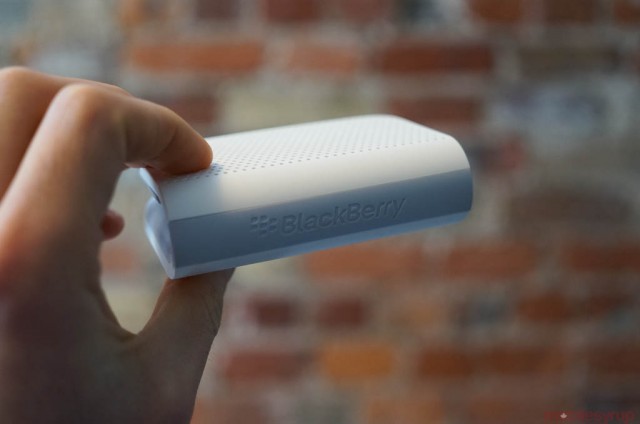 While the device rarely gets loud enough to hear beyond a few feet, and there is barely anything resembling a low-end, the speaker is fairly competent at belting out tunes. Once paired with a BlackBerry Z10 or any HFP 1.5/A2DP/AVRCP compatible device (which comprises most these days) you can use it as both voice input and output.

It charges via microUSB, and the small battery should last several hours. The three buttons along the inside of the clip provide play/pause and volume up/down, but the exterior buttons also work to skip songs when held down for a second. Pairing the speaker with a device is easy: double tap on the play/pause button once it is turned on (the power button is along one of the sides) and go into your phone, tablet or PC’s Bluetooth menu. 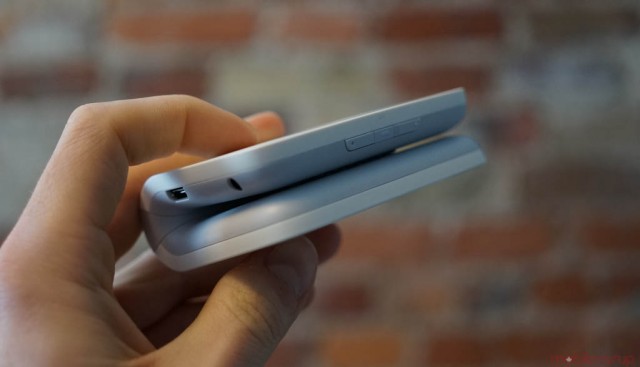 For $69.99, the Mini Stereo Speaker may be a bit much, especially when you can get a much higher-fidelity speaker like Logitech’s UE Mobile Boombox for only $50 more. But for someone who just needs a small, dual-purpose Bluetooth speaker for work and play, this definitely fits the bill.