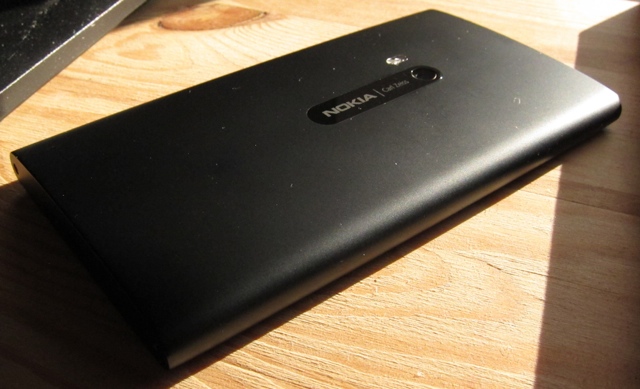 Some things are better shown than told. That’s the impression I came away with after talking with Juha Alakarhu, Nokia’s young head of digital imaging. He’s also one of the progenitors of PureView which, he conveys animatedly on video, started on a napkin after having a drink with his colleague.

He’s been working with Nokia since it released the company’s first camera phone in 2004, the 1MP 7610, and has been working ever since to shrink and sharpen what should be physically impossible. Unlike silicone, which still has a way to go before its manufacturing process is physically constrained by the potent combination of die size, transistor count and heat output, camera modules can’t get much smaller without sacrificing image quality. This is why the Nokia Lumia 920 doesn’t have a 41MP sensor — because if it did, it would have an enormous protrusion interrupting its seamless polycarbonate design. And it’s also why the PureView 808, while comically large and unwieldy to some, produces the finest photos to ever come out of a cellphone.

Alakarhu started as all digital imaging experts should: as a photographer. When he joined Nokia, he new little of what he would eventually come to master, but brought a fresh perspective and a willingness to think outside the box. PureView took a lot of people by surprise when it debuted in the 808, but it was by no means isolated; the company had been working for years to bring the best camera experiences to its phone hardware. Previously, the Symbian C3-powered N8 combined a 12MP sensor and Xenon flash in a market where 3MP was the norm. Only later did competitors Apple, Samsung, HTC and Sony catch up to the incredibly strong groundwork led by Nokia.

With the Lumia 920, Alakarhu cites low-light performance as the starting point. They knew they had something good in the Lumia 800 and 900 design, but despite promises of greatness the sensors lacked the sharpness necessary to compete with the then newly-released iPhone 4S. Now, the Lumia 920 not only stands up to, but it surpasses the iPhone 5 in clarity, low-light performance and dynamic range. It also more adeptly handles moving targets thanks to the optical image stabilized lens that, when moving with the hand, stands self-contained, motionless inside the chassis.

There is a lot to come in the realm of PureView, Alakarhu assured me, though he was light on details. He did promise, however, that the recent update to fix sharpness problems on the Lumia 920 was the first of many, and that the company will continue to push out improvements to its excellent camera experience in the months to come.

The interview is long — a good 23 minutes and change — but if you have the time, it’s worth sitting down and listening to a master talk about his craft.