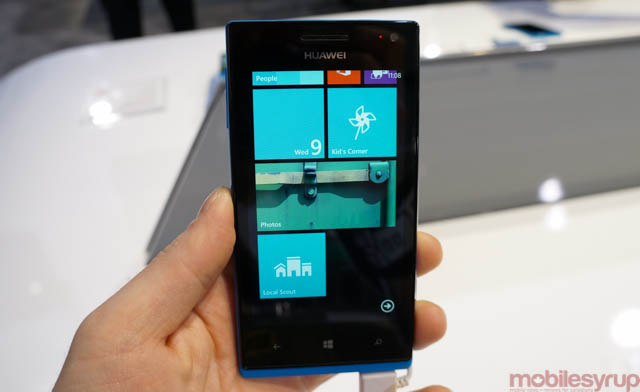 We had a chance to look at Huawei’s upcoming Windows Phone 8 device today, the Ascend W1, and came away pretty impressed. The build quality on this entry-level phone is top-notch, with lovely lines and an attractive blue or red finish that resembles the premium polycarbonate found on the Lumia 920.

Its screen and internal specs are very much at the low-end of the spectrum — 4-inch 800×480 pixels, 1.2Ghz dual-core Snapdragon S4 Plus, 512MB RAM, 4GB internal storage, 5MP camera, etc. There is a non-removable 1950mAh battery in there, which is plenty big for a low-power device like this. And while 4GB of ROM isn’t a lot, there is a microSD slot for expandable storage. 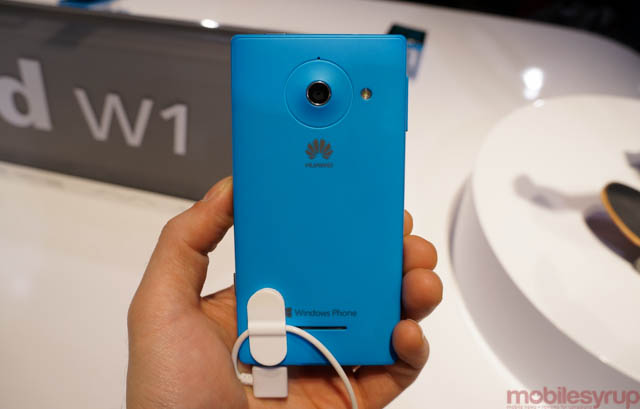 The phone was free of excess apps, though we’re not certain what will be bundled in the final version. Huawei doesn’t seem to be pushing its own software agenda here, content to let Microsoft’s gorgeous OS do most of the talking. The product on display was running the new Portico update, so it should be fully up-to-date when it comes to market this quarter. 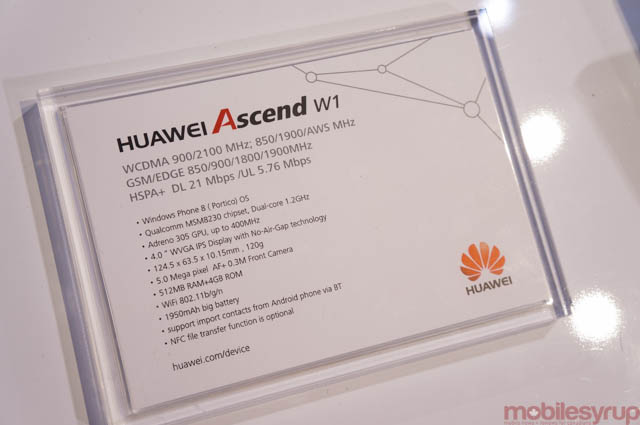 No word on whether the device is coming to Canada, but we wouldn’t be surprised to see it debut on WIND or Koodo. It is pentaband, with AWS support, so it will be able to work on any Canadian network. Huawei doesn’t have plans for a LTE version of the device, so you can expect it to come at a reasonably affordable price point. 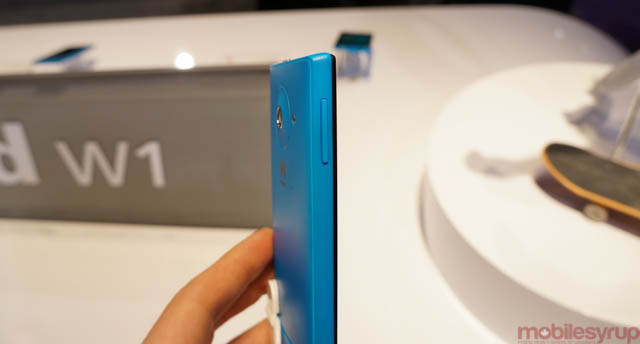 What do you think? Would you choose to buy a Huawei Ascend W1 over the impressive HTC 8S?