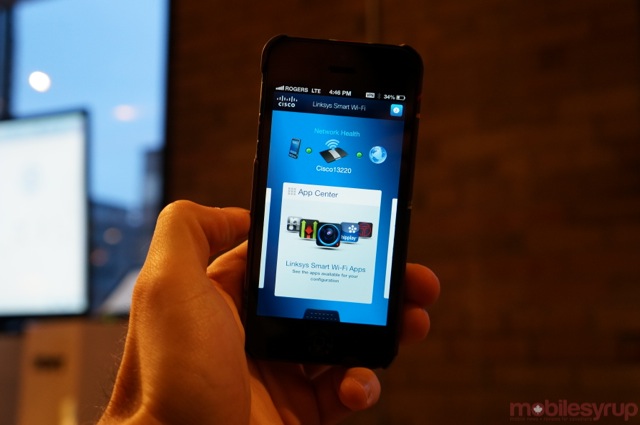 You can now connect to your Linksys E-series router from your phone and  do a bunch of things that you could only previously do on your desktop. For example, MAC filtering has been added to the app, so you can now deny specific device MAC addresses from connecting to your router. You can also check the status of any USB-connected device such as a harddrive or printer to the router, which is nice when you need to remotely troubleshoot why you can’t stream movies and music.

Ultimately the app is faster and more usable, with a heavy emphasis on integrated apps. Cisco is touting products such as DNS filters, device monitors, IP camera viewers and media streamers that can be downloaded from the App Store to work with the router remotely. There is a dearth of great content but the potential is there.

If you’re running an E-Series router from Linksys, head to the App Store to download Linksys Smart Wi-Fi.

Linksys’ latest router is designed specifically for Xbox One