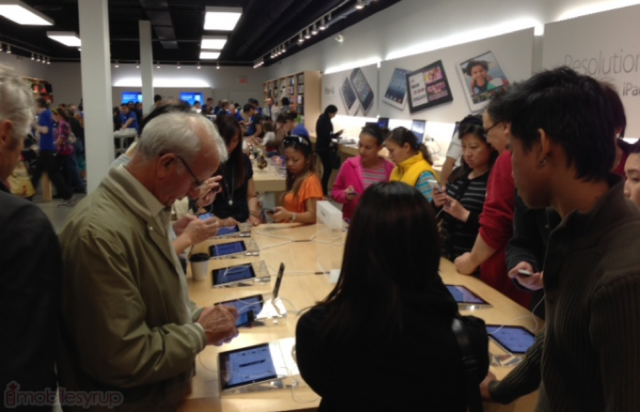 Apple has announced today “incredible” sales of the iPhone 5. First they proudly declared that pre-order quickly hit the 2 million mark within 24-hours, then the device went on sale on Friday and millions flocked to it. According to Apple’s press release they experienced sales of 5 million iPhone 5s, which is shy of meeting the analysts predictions of 8 million units on the opening weekend. However, this is an increase of 1 million that the iPhone 4S sold in its first weekend last year.

Tim Cook, Apple’s CEO, said “Demand for iPhone 5 has been incredible and we are working hard to get an iPhone 5 into the hands of every customer who wants one as quickly as possible. While we have sold out of our initial supply, stores continue to receive iPhone 5 shipments regularly and customers can continue to order online and receive an estimated delivery date. We appreciate everyone’s patience and are working hard to build enough iPhone 5s for everyone.”

In addition, Apple also noted that “100 million iOS devices have been updated with iOS 6.”