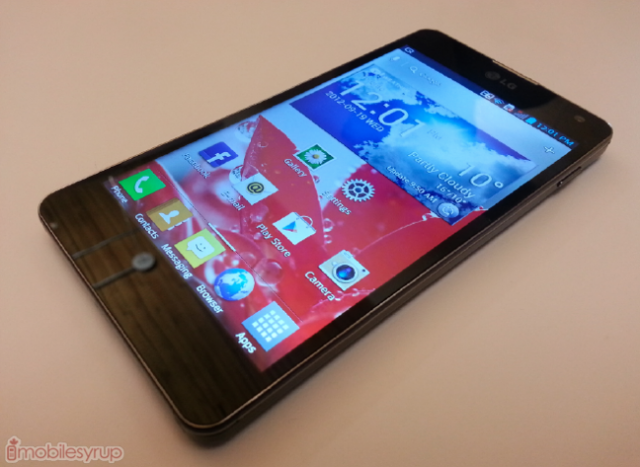 LG held a few media events today, one in New York City and one in Toronto. You can check out our full hands-on of the 4.7-inch quad-core LTE device here. The Optimus G runs Android OS 4.0 Ice Cream Sandwich, but LG promises to bring an upgrade to OS 4.1 Jelly Bean “in early Q2 of 2013.”

According to a press release we received it states that the LTE-enabled Optimus G will be heading “to Canada in November.” We’ve also heard from Frank Lee, spokesperson for LG Canada, and he stated it’s actually “early November.” As for carriers, LG notes that it’ll be available on Bell, Rogers, and TELUS.

Update: The Rogers version will be an exclusive 2600Mhz-compatible LTE model that will use the Rogers 2600Mhz network for speeds of up to 100Mbps.