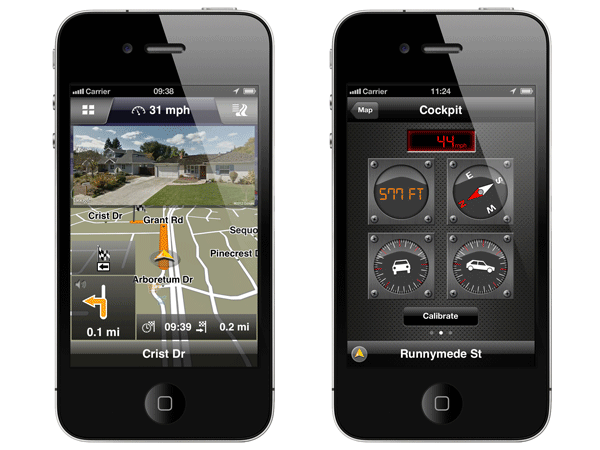 As GPS vendors shake in their boots over the prospect of free turn-by-turn navigation in iOS 6, Garmin is the first company to take a proactive approach to the situation. In their 2.1 release, the company’s Navigon app has been outfitted with some nice improvements and new features that should be appreciated by existing customers and tempting for new ones. In addition to that, the North American version has been discounted to $40 from $60, something Canadians can take to the bank when travelling to the states these days. Considering it supports offline map downloads, something iOS 6 will not likely offer, the deal is a pretty good one.

Other new features includes Google Street View integration when approaching your destination; a Cockpit display, a $6 in-app purchase which provides important data like “gForce (current and maximum value), speed, horizontal and vertical position, and an adjustable speed and altitude graph.” Manual route blocking is available as well, which allows you to bypass a particular route if you know there’s a blockage or traffic.

Overall the update, which is free for existing customers, is a good deal for those who don’t want to wait until Fall for the new iOS 6 maps, or for someone who highly values offline maps.

Check out Navigon 2.1 from the App Store. The $20 discount is available until July 16th.