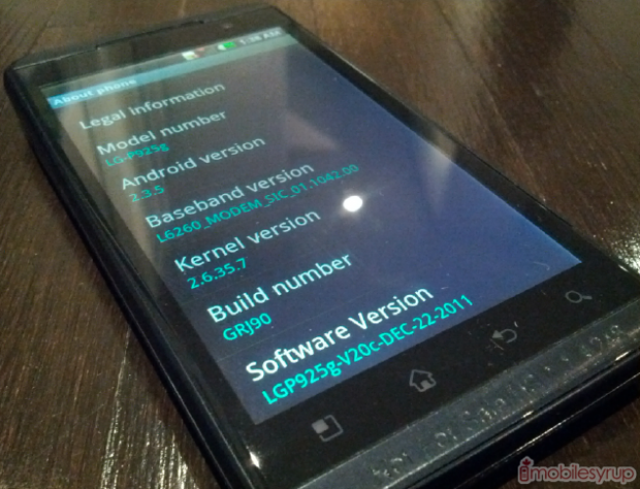 Rogers LG Optimus 3D users will be excited to know that the long awaited upgrade to OS 2.3 Gingerbread is happening on February 1st. LG sent us a note stated the existing owners will be able to update via the LG support site here, plus any new customers who purchase the Android will have the new OS (version 2.3.5) already pre-loaded. As for OS 4.0 Ice Cream Sandwich, LG previously stated we can expect this sometime in Q3.

There seems to be a bunch of great additions to the upgrade, specifically for the 3D options, along with a better battery life and data speeds. LG sent us the full change log and we’ll do a review shortly. In the meantime, here’s what you can expect to see:

Enriched 3D Experience
• Improved video playback in 2D and 3D
• 3D Video Editor with the abilitu to create new projects (Video timeline, Adding video clips, images and sound and Cropping and trimming length)
• 2D to 3D conversion for videos and images
• 3D to 2D conversion supports both images and videos
• Easy to convert Open-GL games from 2D to 3D—Most apps are built on the Open-GL platform which is an open, standardized language for writing apps.