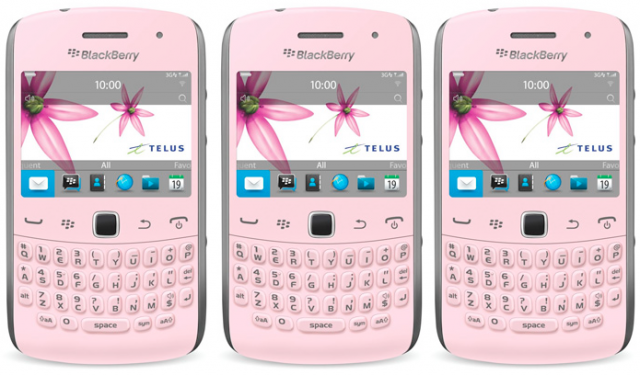 A few weeks ago we let you know that TELUS would be releasing a Pink version of the new BlackBerry Curve 9360. We can now confirm this will be released in conjunction with Breast Cancer Awareness Month, which is for the entire month of October. Continuing their trend of giving back, TELUS will donate $25 to The Canadian Breast Cancer Foundation for every pink BlackBerry Curve 9360 sold. You’ll see the Pink Curve online and in-stores soon.