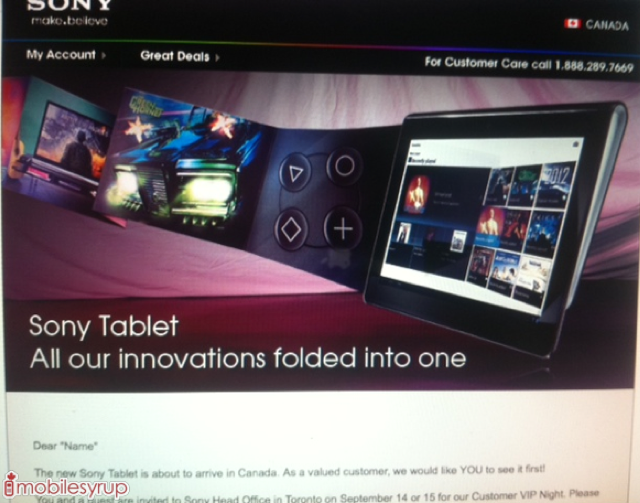 The Sony Tablet, aka the Sony S1 or Tablet S, is coming to Canada and it looks like the release date could either be September 14th or 15th. According to this invite that Sony Canada sent out states that “The new Sony Tablet is about to arrive in Canada. As a valued customer, we would like YOU to see it first!”. No details on pricing or where we’ll be able to pick one up, but most likely from the Sony Style Stores and big box stores like Best Buy and Future Shop (unconfirmed). This tablet comes with Android 3.1 Honeycomb, 9.4-inch touchscreen display (resolution of 1280×800), Nvidia Tegra 2 dual-core processor, PlayStation certified, Wi-Fi, and DLNA. Apparently there will be a 16GB and 32GB models and no insight if there will be a 3G/4G version.