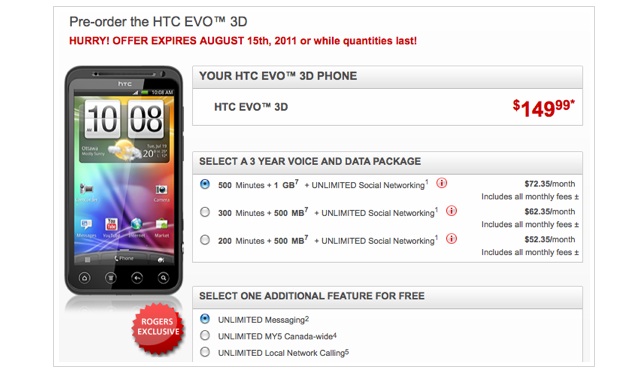 Existing Rogers customers have already been able to order the upcoming HTC EVO 3D and the LG Optimus 3D, but now the rest of Canada can go forth. A dedicated site has been put together that gives all the details, specs and pics of both of these Android 3D devices. The 3-year contract price for the EVO 3D is $149.99 and the Optimus 3D is $99.99 (no word yet on the no-contract prices). In addition, Rogers states that the pre-order “offer expires August 15th, 2011″… that’s a Monday so you can most likely expect these 4.3-inch touchscreen devices to be officially released on the 16th.

Check it out here at Rogers