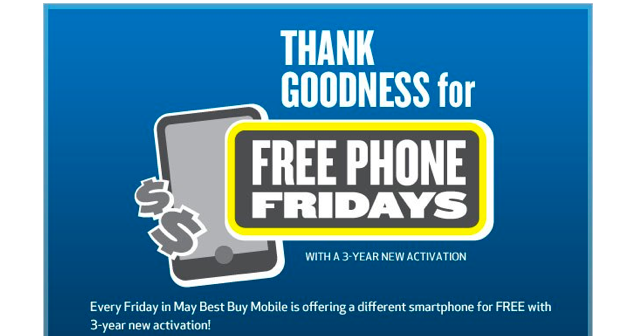 Best Buy Canada launched their popular “Free Phones Friday” today. This is the first of 4 Fridays and the free phone on a 3-year contract today is the BlackBerry Torch 9800. This Berry was released back in September of 2010 and it’s if you choose to go for this deal you’ll basically save about $100 depending on which carrier you go with. Most carriers have the Torch available but Best Buy sells the TELUS, Virgin, Rogers, Bell and SaskTel versions.

Hopefully next week we’ll see the Nexus S and some decent Android device.