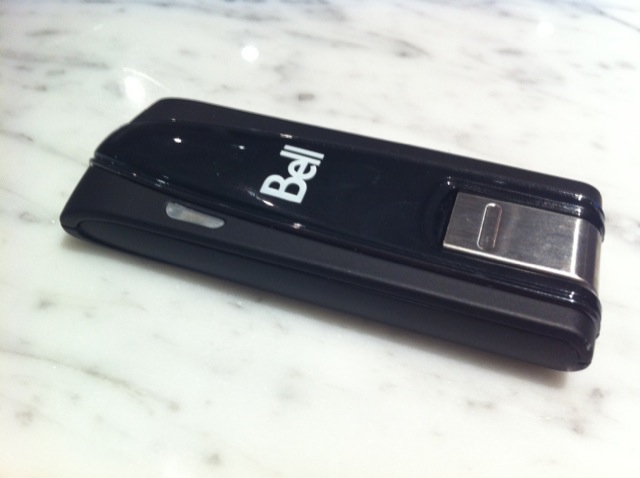 With the growing demand for quick and convenient media that is readily accessible, many telecommunication companies are pushing forward with increased research and development for newer technologies. Bell Mobility has recently announced that through their “Dual Cell” technology (which doubles HSPA+ mobile data speeds), they are now able to provide an “ultra fast on-the-go mobile Internet experience”, through the use of the Novatel Wireless U547 Turbo Stick.

The front of the device houses a hinged USB connector, as well as a small LED light that illuminates to identify connectivity/troubleshooting. The back of the device can be removed to reveal a slot to insert a SIM card, as well as a microSD port that supports up to 32GB (no microSD card included). The right side of the stick has a rubber tab that covers a small pinhole (which I believe is to reset the device). The Novatel Turbo Stick supports dual-carrier bands HSPA 850 / 1900 / 2100 MHz HSPA / HSPA / UMTS, as well as quad-band 50 / 900 / 1800 / 1900 MHz GPRS / EDGE. 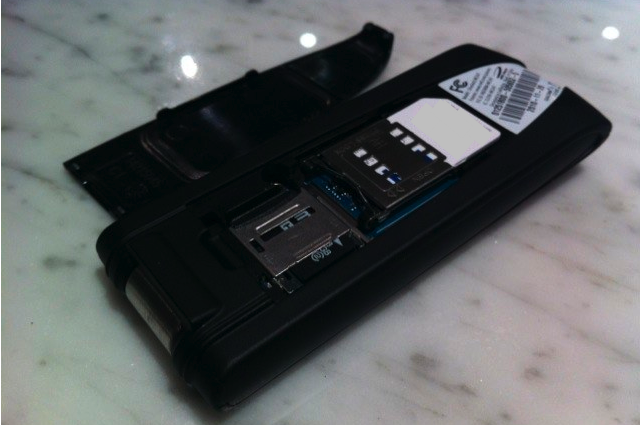 This stick is capable of providing speeds up to 42.00Mbps (download) and 5.70Mbps (upload), as long it is connected within Bell’s initial service area (refer to www.bell.ca/coverage). If located outside this service area, a maximum download speed of 21.00Mbps can be achieved. Bell Mobility is said to be the first carrier in Canada to offer these speeds through the use of a mobile Internet stick.
SIDE NOTE: Although the advertised speeds are 42Mbps and 21 Mbps, the website states that the average download speed is between 7-14Mbps in the downtown core, and 3.5-8Mbps outside the downtown core, so that should probably be the speed expected.

USAGE:
I was easily able to install and connect the Turbo Stick to my four-year-old MacBook. Supposedly, all the drivers, installers and manuals are found on the stick, which should be recognized as a removable drive when plugged into your computer. This was not the case, as I had to download the “Mobile Connect” package from the Bell Mobility website (my MacBook did not initially recognize the Turbo Stick as a removable drive). This might be attributed to my computer, rather than the hardware itself.

Once I installed the Turbo Stick, the Bell Mobile Connect software allowed me to easily connect to the Bell Mobility network. The software has many convenient features built into it, such as a signal meter, information tallies for data sent/received/connection time and four customizable shortcut buttons to open applications, files, etc. There is a text messaging service that also allows you to send SMS messages through the input of contacts or from your saved address book. Other features include shortcuts to Bell support, diagnostic tools, and profiles.

SPEEDS:
Since I am located in the Highway 401/Eglinton area, I fall outside of the 42Mbps service area. Here are the results I achieved in this area, using speedtest.net:
(NOTE: Toggling the server between Oakville and Toronto had minimal impact) 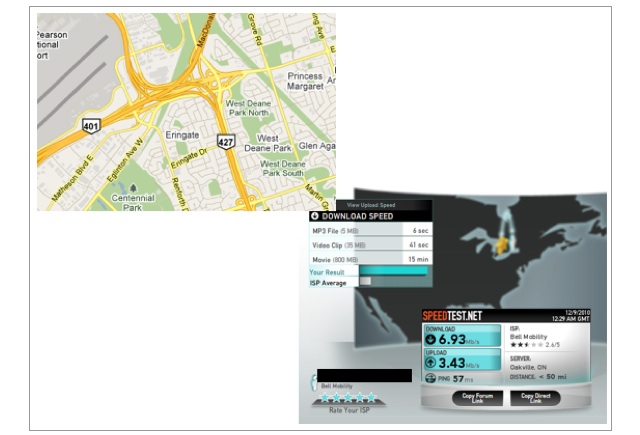 When I moved my location to near Bronte/Lakeshore (Oakville), which falls outside of the advertised 42Mbps service area, I achieved the following results:
(NOTE: Toggling the server between Oakville and Toronto had minimal impact)

When I moved my location to near Bathurst/Eglinton (North York), which is within the advertised 42Mbps service area, I achieved the following results:
(NOTE: Toggling the server between Oakville and Toronto had minimal impact) 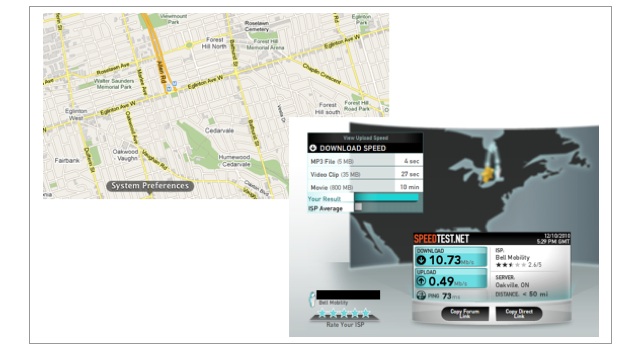 When I moved my location to near Bathurst/St. Clair (North York), which is well within the advertised 42Mbps service area, I achieved the following results:
(NOTE: Toggling the server between Oakville and Toronto had minimal impact) 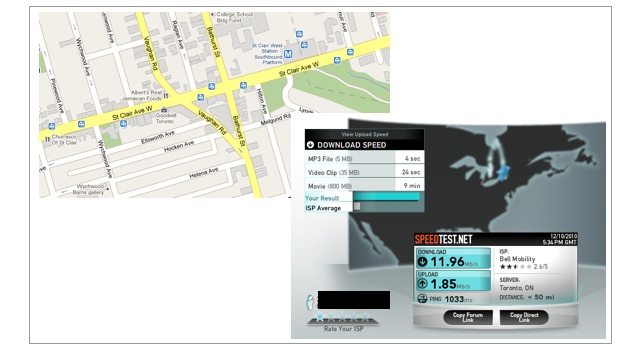 CONCLUSION:
Overall, the Bell Turbo stick is efficient in providing fast and convenient mobile Internet access for any “on-the-go” user. The simple configuration and software allow any user to instantly connect to the Internet, while monitoring their usage and sessions. Although I could not replicate the maximum download speeds advertised, my tests fell well within the average ranges.

Once Bell expands their 42Mbps service area, you will no longer have to run home to start downloading various torrents, music, or YouTube videos, nor have to wait for big files to finishing downloading over long periods of time. Bell has launched the 42Mbps service in Toronto, and expects to expand service to other Canadian cities/towns through 2011. 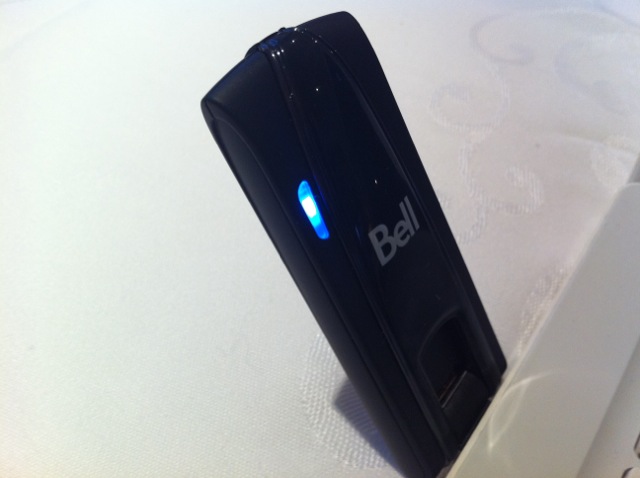