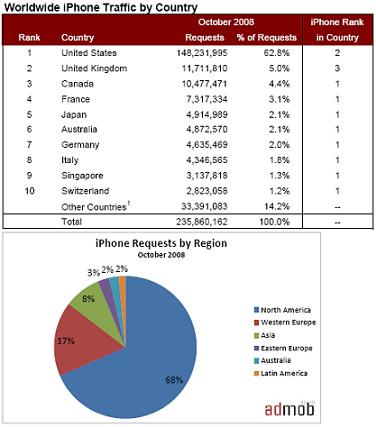 – 62.8% of iPhone requests were from the US, where the iPhone is the #2 device behind the RAZR with 6.9% of US requests.
– The iPhone is the number 1 device in each of the following countries: Canada, France, Japan, Australia, Germany, Italy, Singapore, and Switzerland.