OnePlus 10T to feature Snapdragon 8 Plus Gen 1, will release on August 3rd 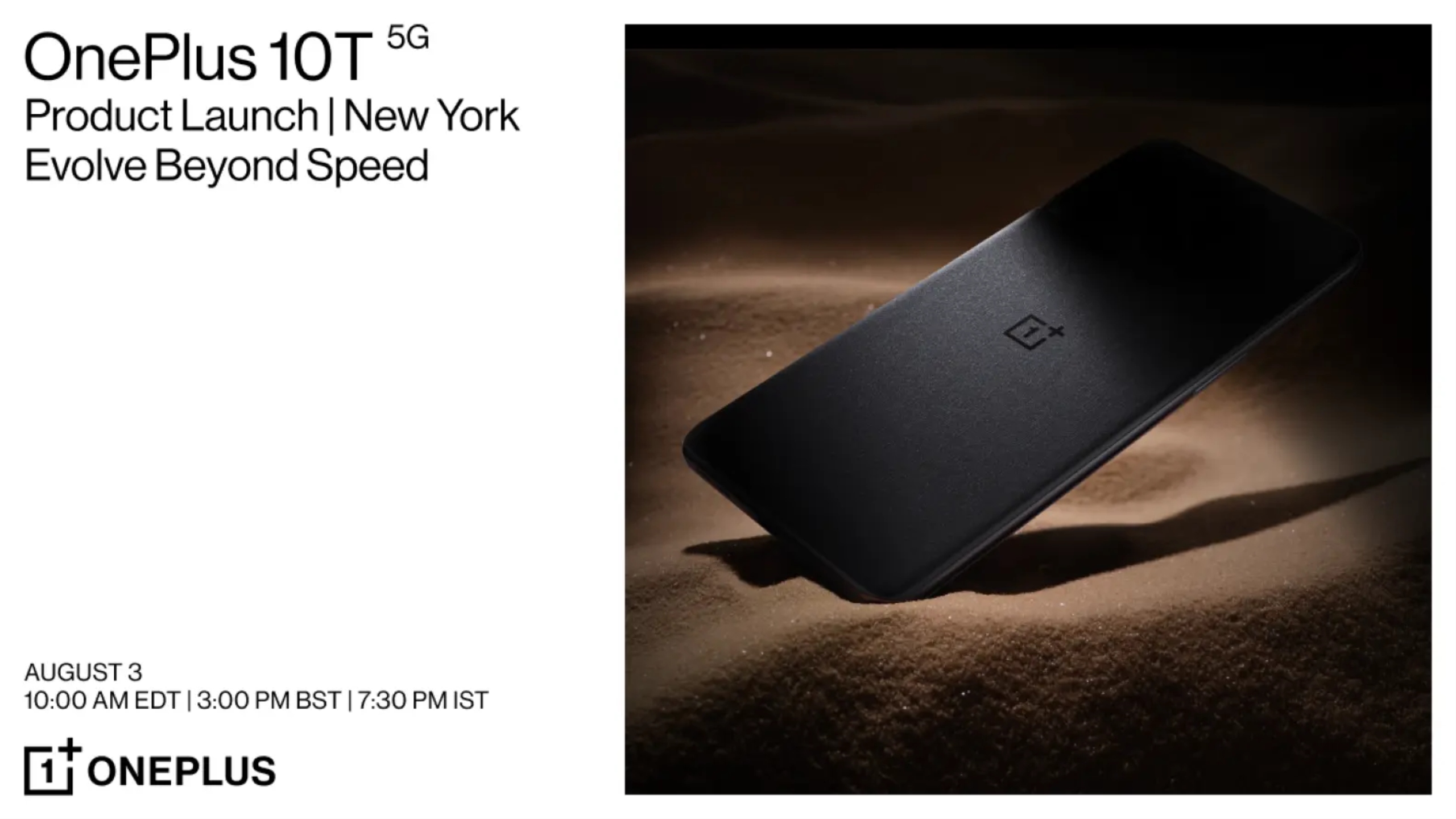 OnePlus is revving up for an official reveal of its new 10T smartphone. CEO Pete Lau has announced that on August 3rd, OnePlus will host an in-person event in New York City to show off the device.

In a recent OnePlus community post, Lau announces that the 10T is due to arrive next month. The launch event is being held at Gotham Hall in New York City. Lau confirms that those able to make the in-person event will be given “top-tier merchandise” and a pair of OnePlus Nord Buds. However, those interested in attending will need to purchase a ticket.

The event will see the official reveal of the OnePlus 10T 5G smartphone and OxygenOS 13 software. OnePlus states that the 10T maintains the T name as it is an iterative upgrade in the series. However, OnePlus claims that it is “evolving the device’s upgrades beyond improvements to speed alone.”

In order to fulfill this promise, the Snapdragon 8 Plus Gen 1 chipset is powering the OnePlus 10T. This “Plus” version of the 8 Gen 1 chip may offer faster performance and improved battery efficiency. The upgrade should theoretically offer improvements to gaming as well as offering improvements when watching 4K content.

Aside from the integration of Snapdragon 8 Plus Gen 1, OnePlus is keeping details of its 10T close to its chest. Even the official invitation doesn’t show too many details about the device. While shrouded in a shadow, there doesn’t appear to be any major change to the camera array. The overall build of the 10T is very similar to the OnePlus 10 Pro as well.

Rumours indicate that the smartphone features a 6.7-inch fluid AMOLED display with a 120Hz refresh rate and 360Hz touch sampling rate. Additionally, the smartphone may be available with 8GB+ 128GB and 12GB +256GB storage options. Plus, there have been talks that it may offer 150W fast charging support.

However, it won’t be long until we know for certain. For those that are unable to make it to New York City, the event will stream on OnePlus website and OnePlus’ YouTube channel.