It can also be a useful tool for checking if you're actually getting a 5G connection, or if your carrier is lying to you

Although it shouldn’t come as a surprise, your carrier probably lies to you with the little ‘5G’ network indicator that appears on your phone.

Whether you’re using Android or iOS, if you check the signal bar in the top-right corner of your screen, it should show a network status symbol (4G, LTE, 5G, etc.) unless you’re connected to Wi-Fi. If you’re using a 5G phone, there’s a chance it may show ‘5G’ up there, even if you’re not connected to a 5G network.

Thanks to an update to Opensignal’s app, it’s now easier to tell if your carrier is lying about your network connection. Spotted by Android Police, the Opensignal app now lets users filter the network coverage map to show just 5G connections. This also works with Opensignal’s sister app, Meteor.

Both apps gather data from speed tests users perform, and use that information to fill in coverage maps, and can also detect which cellular radios your phone is using. Since the data is based on real users performing speed tests with real devices on real network conditions, it can be more trustworthy than, say, a carrier’s coverage data on their website. At the same time, it’s worth keeping in mind that if there’s no user data gathered in an area, it could leave a hole in the data. 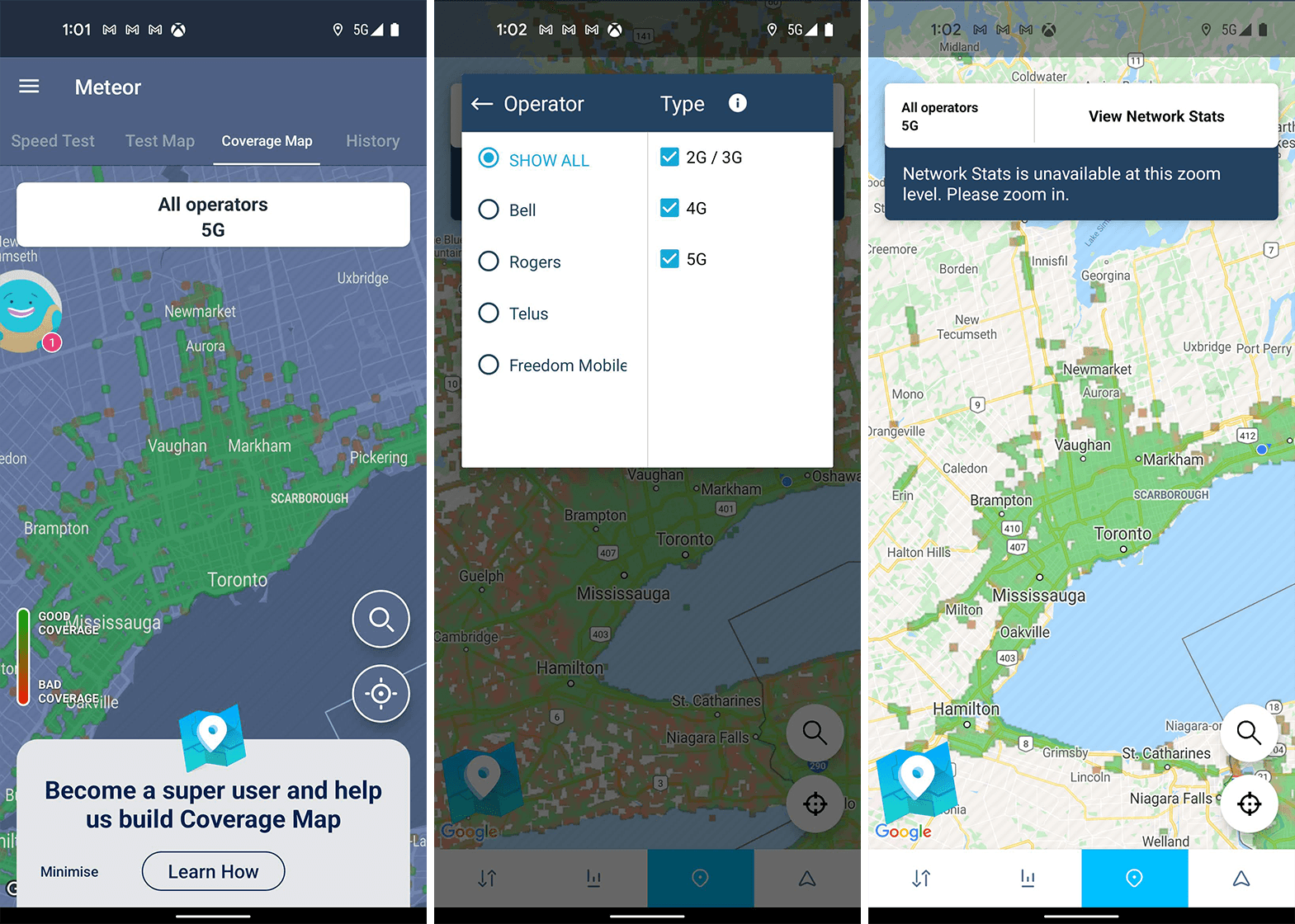 Both apps list Bell, Rogers, Telus and some regional carriers like Freedom or Videotron, depending on where you are, as operators in Canada. You can pick to show all four on the coverage map, or select one to get a better idea of that carrier’s specific coverage in an area. You can also select between 5G, 4G or 2G/3G coverage.

Ultimately, it’s a pretty helpful tool for gauging the real 5G coverage offered by Canadian carriers. Fun fact: it’s not great. Based on my testing, Toronto and Ottawa were basically the only places in Ontario with any level of 5G coverage, and it’s mostly Rogers that offers it.

Particularly interesting to me was that the Bell 5G my smartphone says it’s connected to in Whitby, Ontario, isn’t actually Bell 5G. It’s just 4G, according to Opensignal. I noticed maybe a week ago now that I had a 5G connection with Bell, and even tweeted about it — turns out I was duped by that little 5G indicator too.

If you want to check out the Opensignal app, you can download it for free on the App Store or on the Play Store.