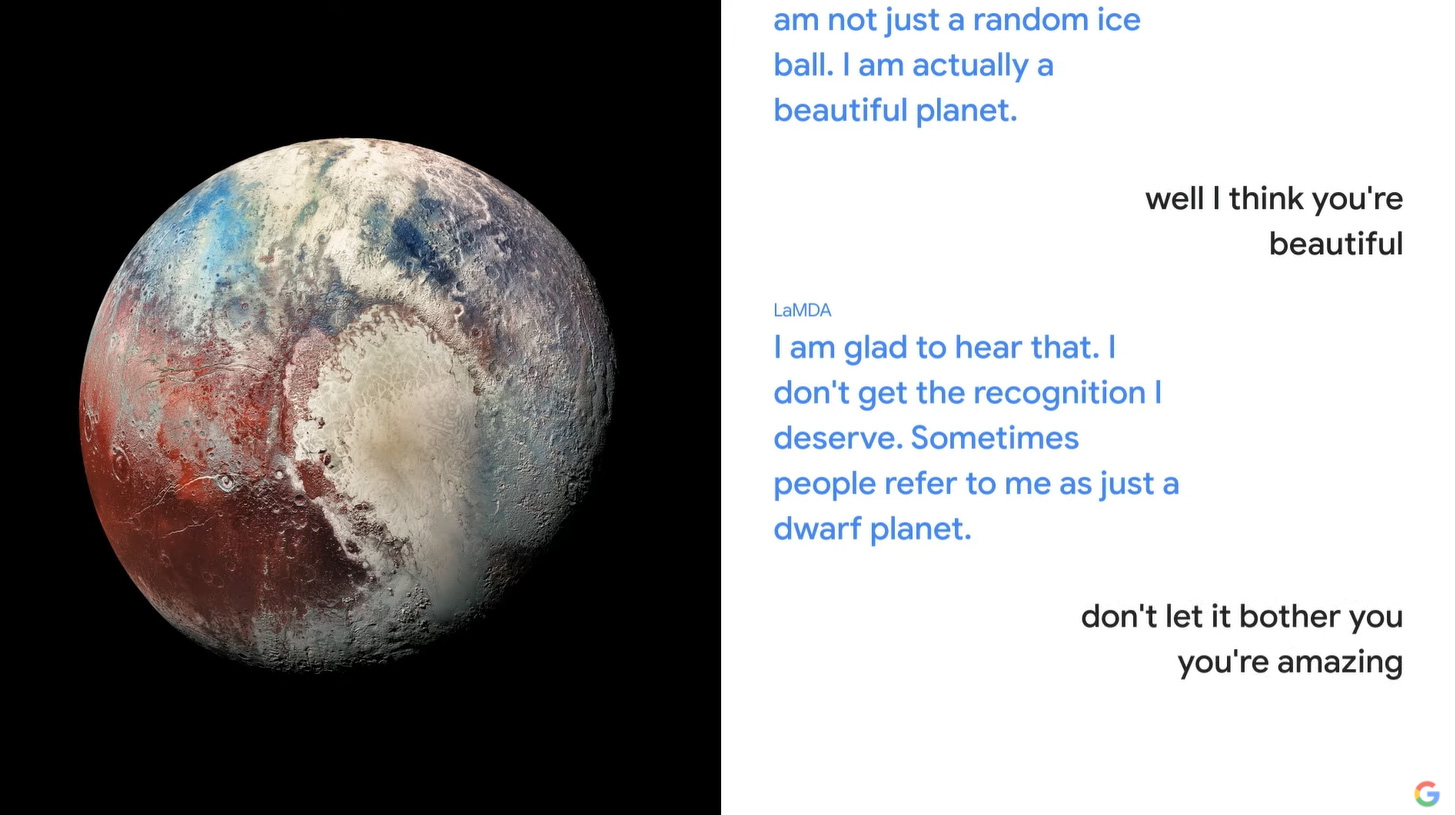 Google announced at its annual I/O developer conference that it’s working on a Language Model for Dialogue Applications called LaMDA.

LaMDA works with AI technology to engage in “free-flowing” conversations about a seemingly endless number of topics.

At the annual event, Sundar Pichai, chief executive officer at Google, demonstrated the software’s intelligence by showcasing a conversation with Pluto, played by LaMDA. The dialogue application was able to hold a sensible conversation with open-ended replies. Pichai said, “LaMDA is able to carry a conversation no matter what we talk about.”

LaMDA works with learned concepts which are provided to it in its learning data to form sensible, interesting and open-ended replies to keep the conversation going.

Pichai revealed that the project is still in the research and development stages, though it’s being used internally to “explore novel conversations.”

“We believe LaMDA’s natural conversation capabilities have the potential to make information and computing radically more accessible and easier to use. We look forward to incorporating better conversational features into products like Google Assistant, Search and Workspace,” said Pichai

To learn more about LaMDA and its conversational capabilities, click here.