Apple has started rolling out iOS 12.1 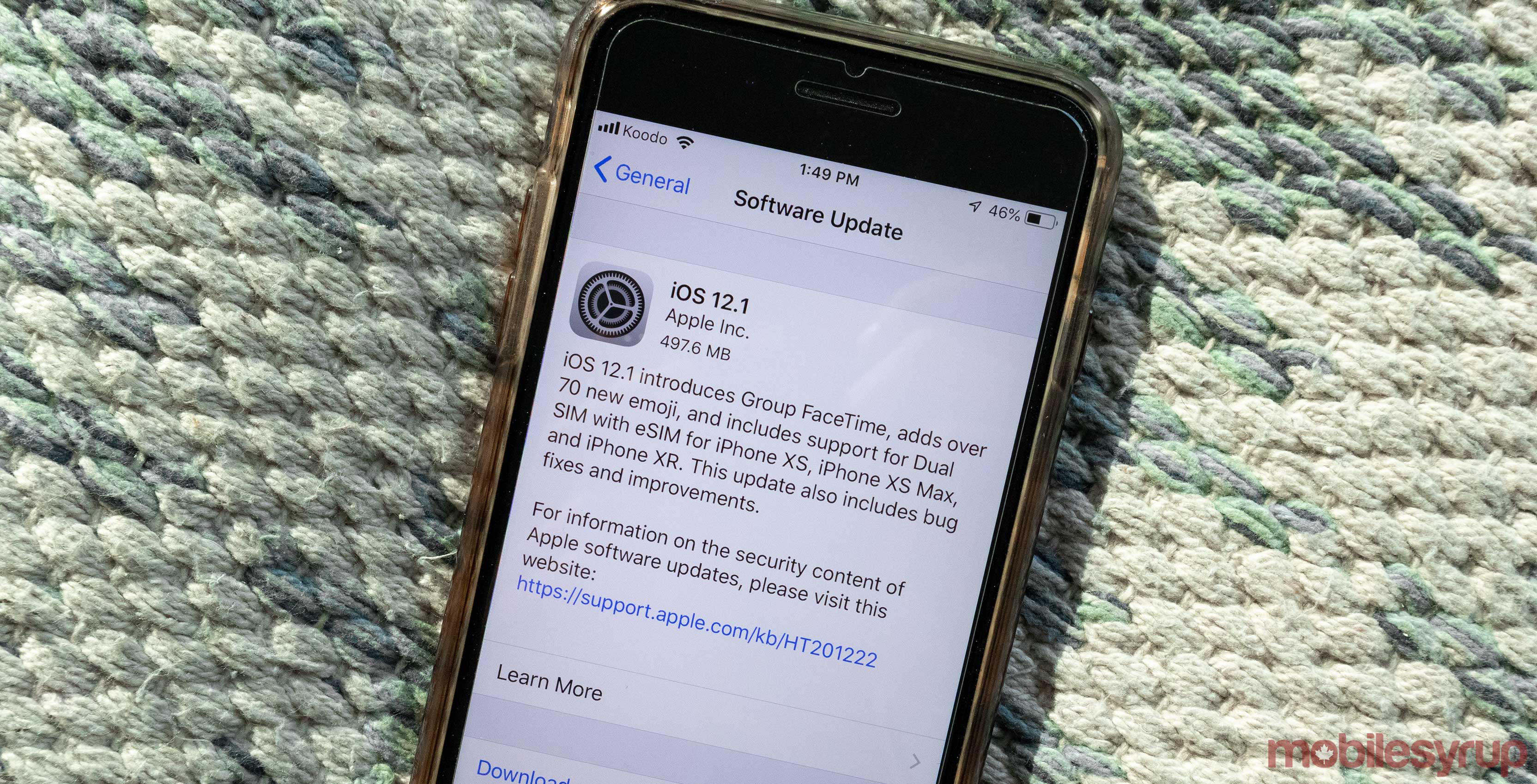 The latest major update to Apple’s mobile operating system, iOS 12.1, is rolling out now to iPhone and iPad devices.

One of the main issues the update looks to address is the skin smoothing that affected iPhone XS and XS Max users when they took selfies.

There are other bug fixes, but what’s more notable about the update are feature additions like Group FaceTime.

The video calling feature allows up to 32 people across iOS 12.1 and macOS Mojave 10.14.1, the latter of which should also be rolling out soon, to participate in group video calls.

Users who update will also be treated to 70 new emoji, including a moon cake, a llama and more.

The update should be rolling out to users currently, but sometimes it takes a while for it to appear for all users.

To read more about the update, check out MobileSyrup’s post on the other features that are included in the update like dual SIM support.