State of Decay 2: More polished, but repetition remains [This Week in Gaming] 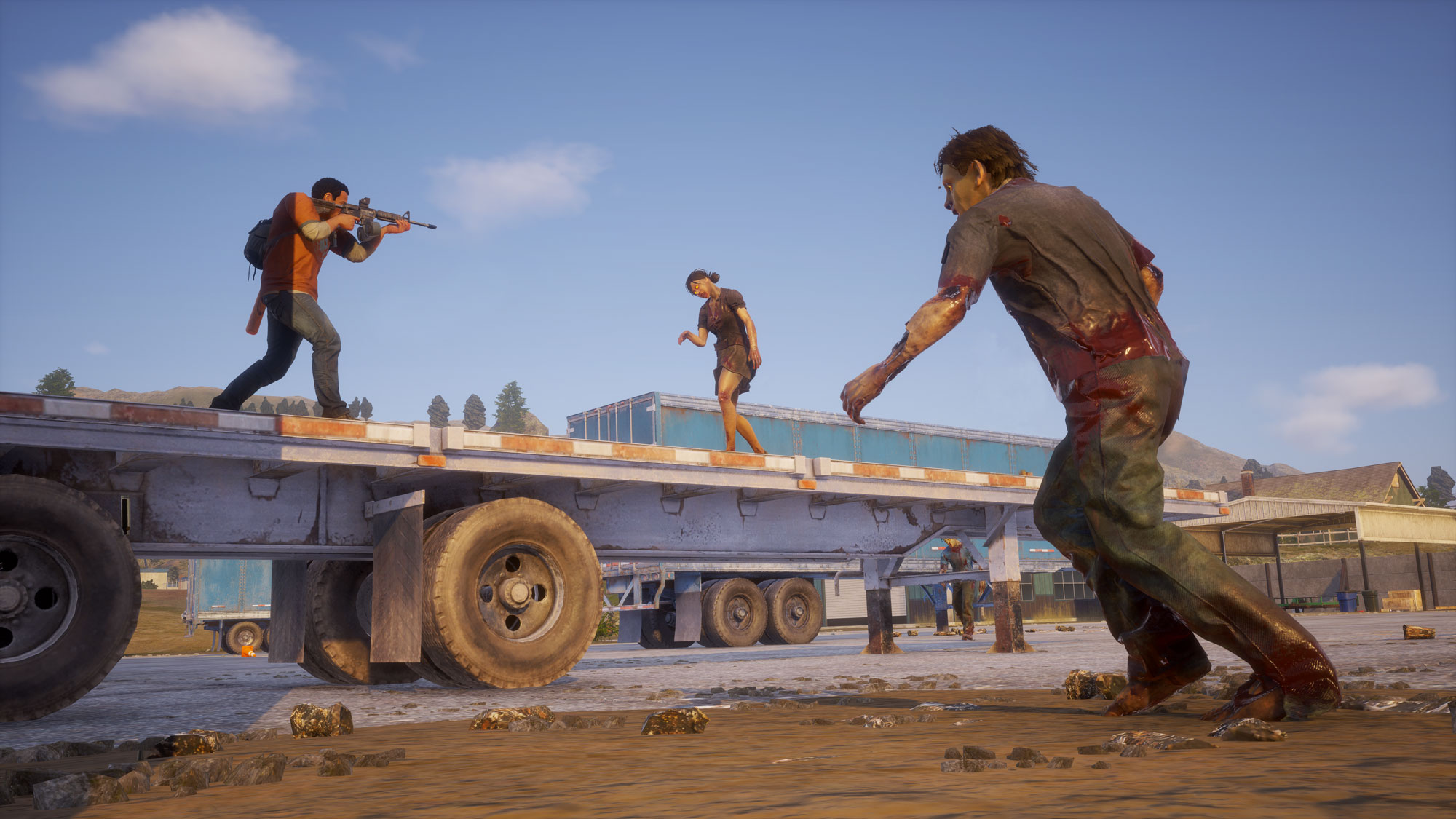 While I have always thought that I would enjoy the first State of Decay if I gave it more of a chance, for whatever reason the game flew under my radar.

I spent a few hours playing State of Decay back in 2013 when the game was first released, but I didn’t stick with it.

So while I can’t really speak to how State of Decay 2 compares to the first entry in the series, I can confirm that the technical problems that plagued the original title seem to be vastly improved, particularly in relation to framerate issues.

That said, I still encountered the occasional slowdown and characters got stuck in environmental architecture in a few instances during my time with the game.

Further, while State of Decay 2’s visuals — especially when running in 4K with HDR on the Xbox One X — look decent, don’t expect the game to feature graphics that rival big budget, AAA titles. 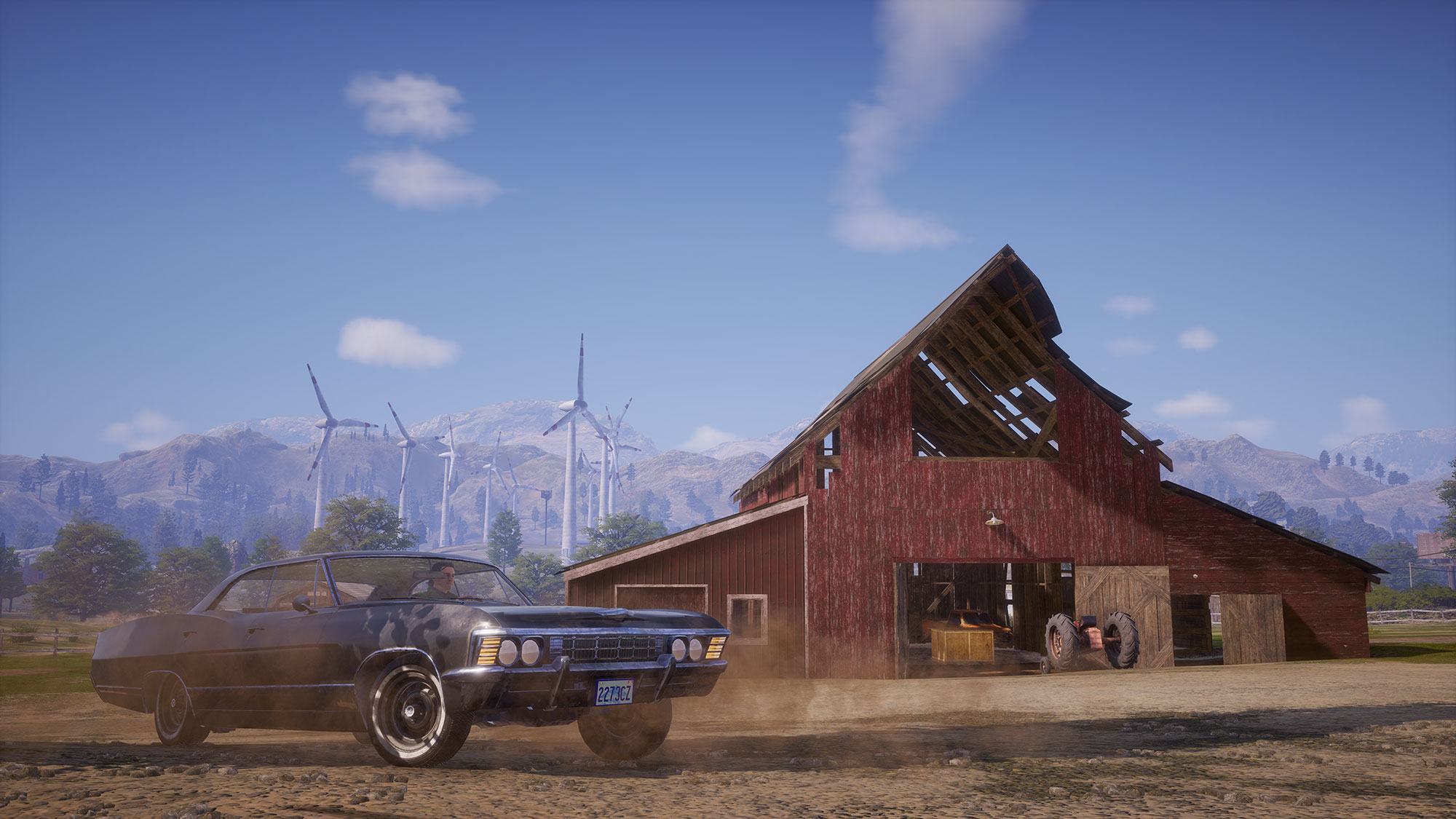 While Undead Labs’ State of Decay 2 was delayed several months in order to allow the developer to add additional polish to the game, it still feels like it could have used a couple of more months of fine-tuning.

With this in mind, the inherent concept featured in State of Decay 2 remains just as compelling as ever.

Half base-building simulation, half Dead Rising 4-style hack-and-slack zombie title, a key ingredient to survival in State of Decay 2 is time management. More importantly, you also need to always have enough medical supplies available to your community. 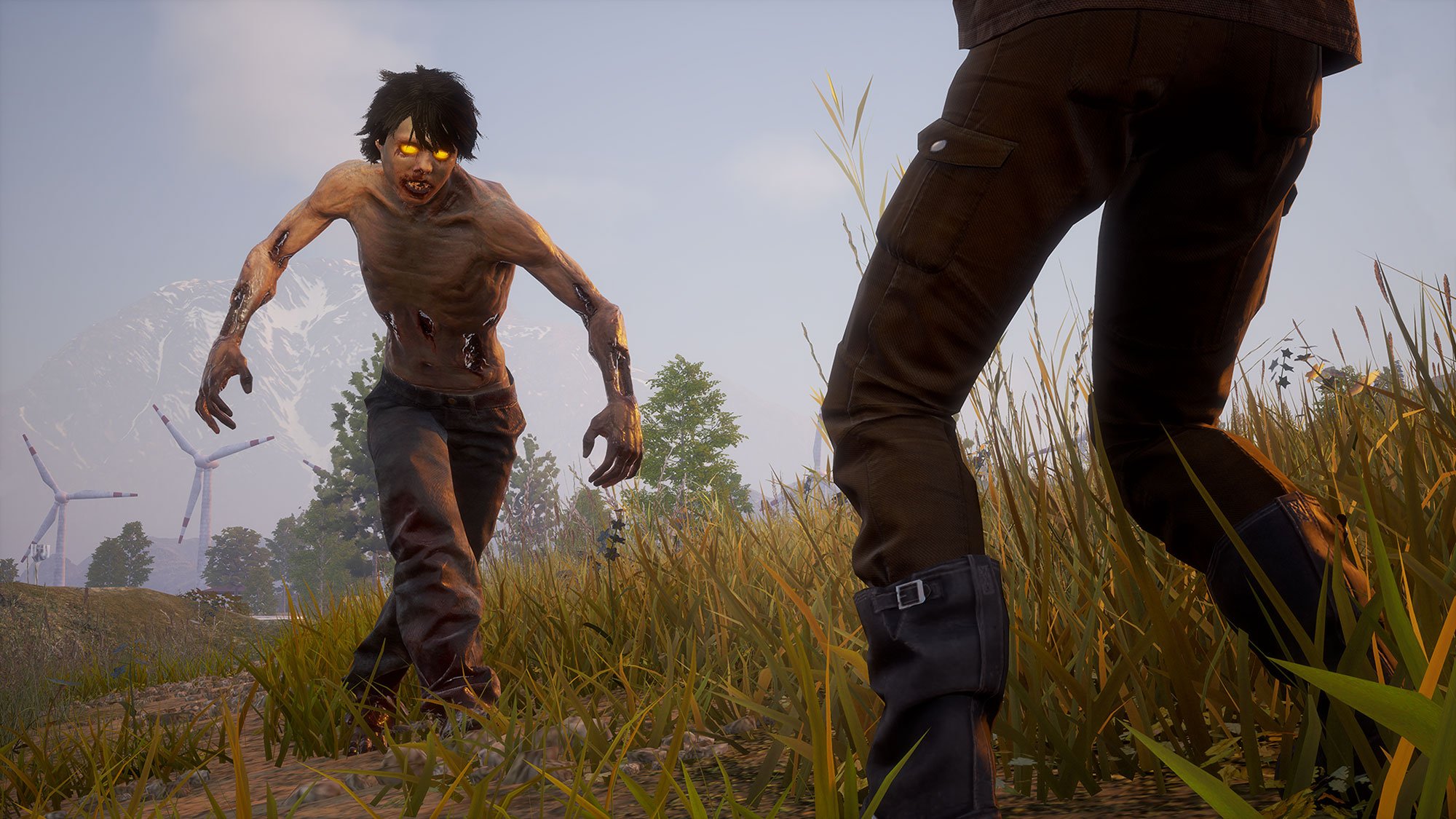 For instance, at one point during my time with State of Decay 2, two characters on my team were infected with the ‘Blood Plague,’ a disease caught by getting bitten and attacked by zombies one too many times.

My base, which amounted to little more than a dilapidated old house, only featured an outdoor infirmary with one single bed. I unfortunately didn’t yet have the materials required to upgrade the outdoor makeshift hospital to handle additional patients.

This meant that I needed to make a decision regarding which character to help first. Since one was a little more far gone with the Blood Plague than the other, I decided to place him in the infirmary first. My hope was that I’d hopefully have enough time to eventually save both characters. 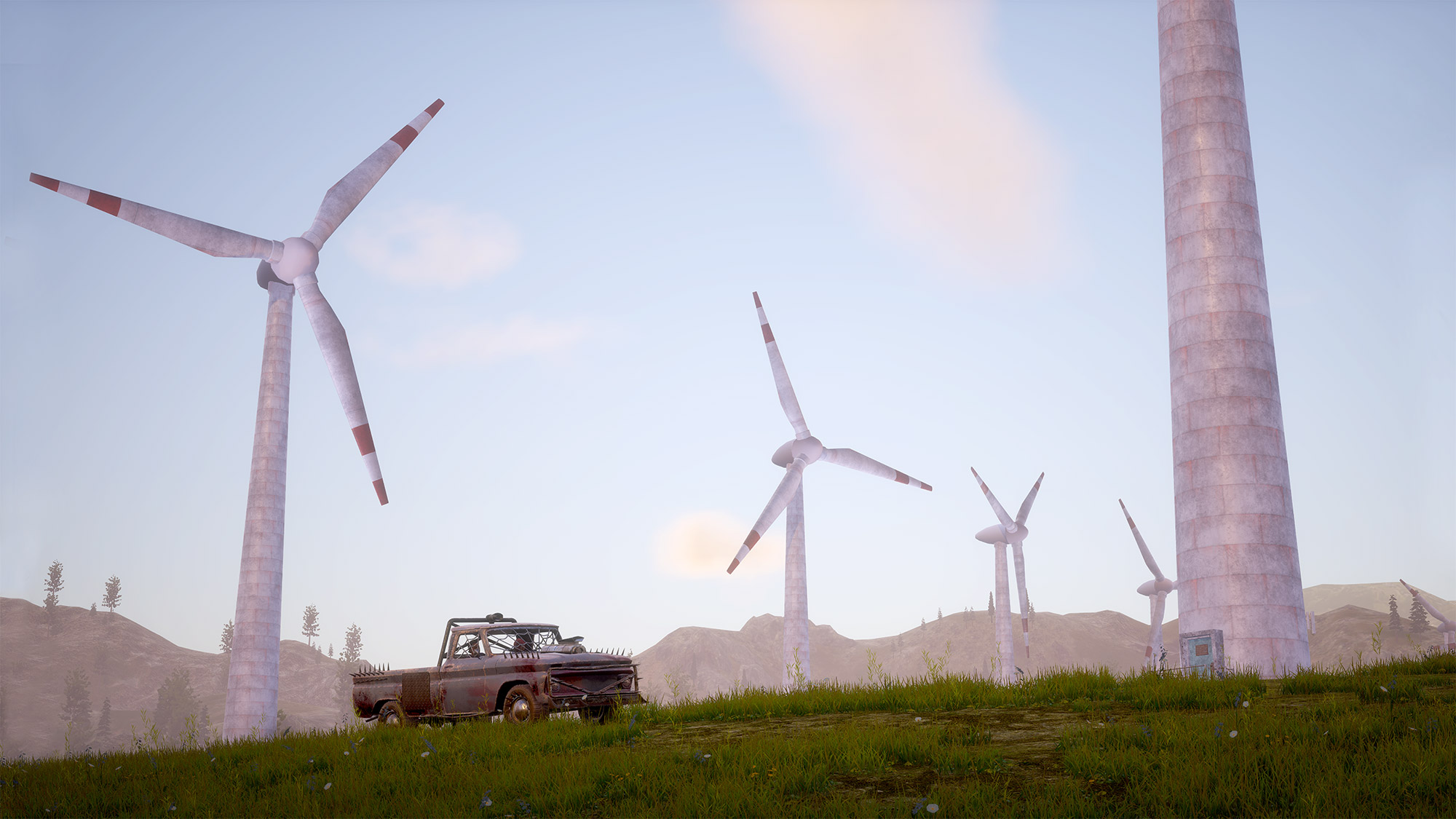 Before setting out across the game’s open world map, I walked over to my community’s supply locker and ensured my character was stocked up with painkillers, melee weapons and,  most importantly, a gun with ample ammo.

While guns aren’t that useful in State of Decay 2 because their noise draws the attention of zombies, they’re still important tools that can help you get out of a jam. I also enlisted the help of another community member because as you may have guessed, there’s strength in numbers when it comes to fighting off zombie hordes.

I next navigated to a bashed up vehicle I had recently filled up with gas that was parked outside my base and headed towards a veterinary clinic a few kilometres away. After running over hordes of zombies with my car and checking multiple locations, I finally came across the required meds and blood samples I needed to save the character’s life. 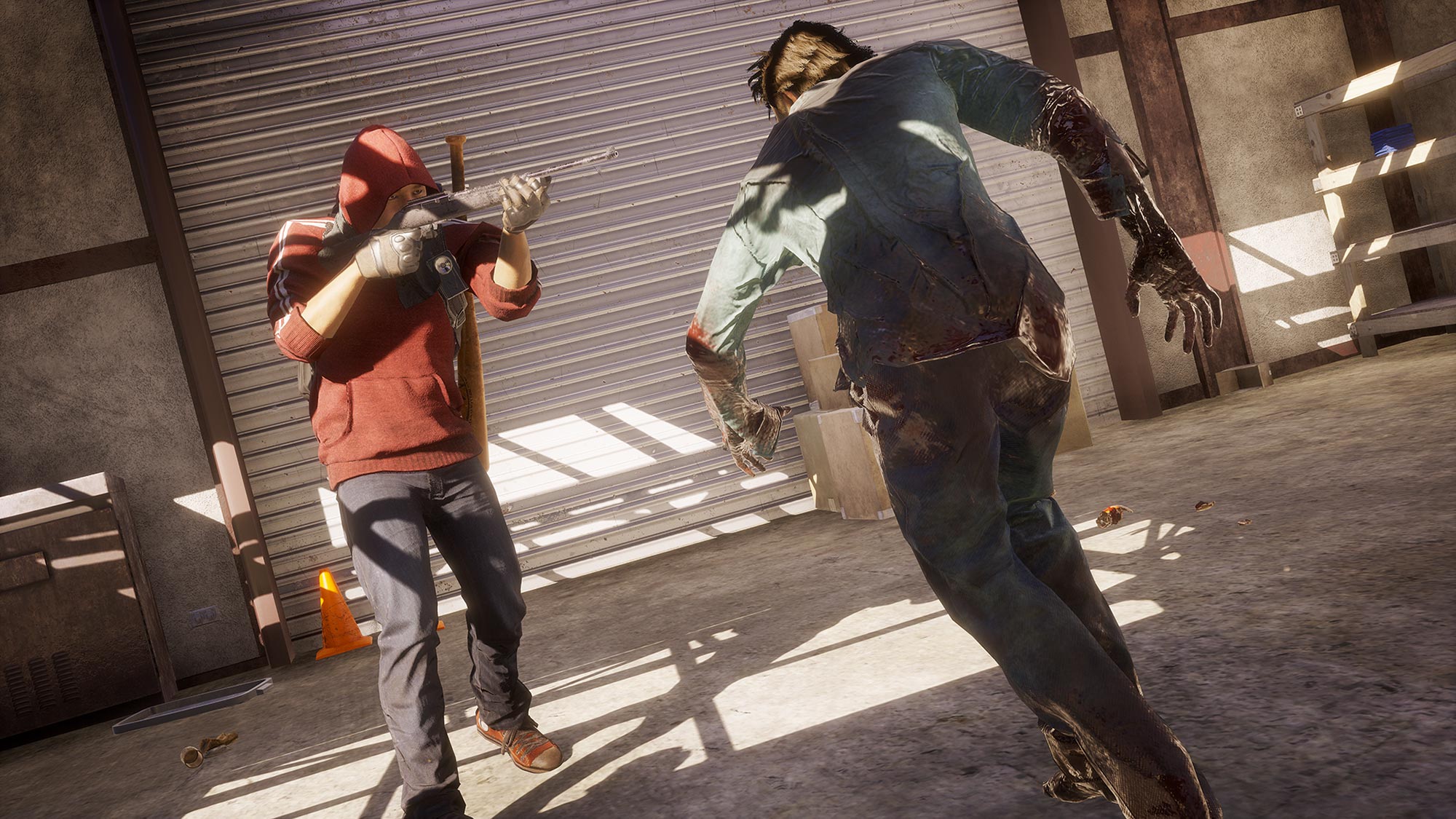 I rushed back to my base, crafted a cure for the Blood Plague, gave it to the infected community member and quickly swapped him out the infirmary for the other infected character. I then headed back out again in an attempt to hunt down enough meds to keep him alive, as well as blood samples to eventually cure the infectious disease.

While this experience, complete with a looming timer I needed to race against, was compelling, my fourth or fifth time hunting down meds was far less entertaining than the first.

Ultimately, State of Decay 2 is a game of decisions. You can’t keep your entire base satisfied and all of your choices have consequences. Also, characters will die and in some cases, there’s nothing you can do about it.

For example, during one mission I was attempting to deal with a rival ‘neutral’ faction that stole from a group I already established a relationship with. In this situation I was given two options: I could either ask the group to return the meds, or start a bullet-filled conflict. Forgetting everything I learned from The Walking Dead series, I decided to take the friendly route.

To my surprise, the leader of the neutral faction handed over the meds. I thought to myself, “cool, I guess this was the right decision,” only to have the entire, supposedly neutral, community open fire on myself and my companion. I ran out the door of the store and used a med kit while hiding behind a burned out car, but my AI-controlled friend was not as lucky and died.

Of course, I took out an automatic weapon and mowed down my attackers, but ultimately the community member’s death was on my hands because it was the direct result of a decision I made. Adding even more gravity to the situation, when a character dies in State of Decay 2, they’re gone forever thanks to the game’s ever-present ‘permadeath’ feature. 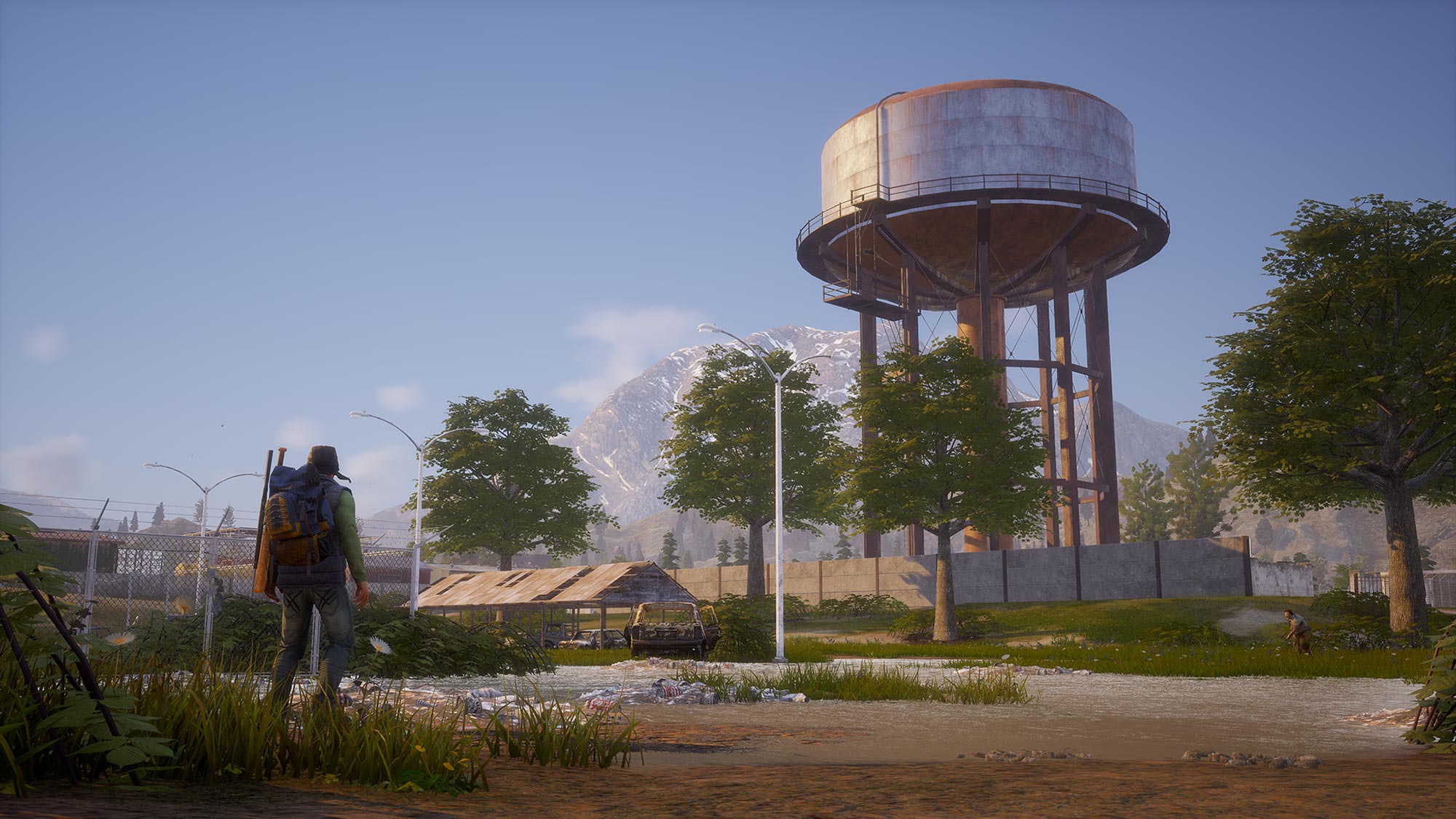 State of Decay 2 does a great job of capturing the stress and minutia of living in a zombie-filled post-apocalyptic world better than any video game I’ve ever played.

That said, there were many instances where I wished I could just pursue the game’s more interesting side missions, rather than constantly scavenge for supplies to keep my community happy. State of Decay 2’s tasks eventually begin to feel identical, though the monotony did take some time before actually setting in.

There’s something compelling about the game’s base-building mechanic that stems from it working exactly like I imagine managing a real-world post-apocalyptic community would be. It eventually becomes mundane, but there’s still a satisfaction that I’ve found in its repetitiveness. 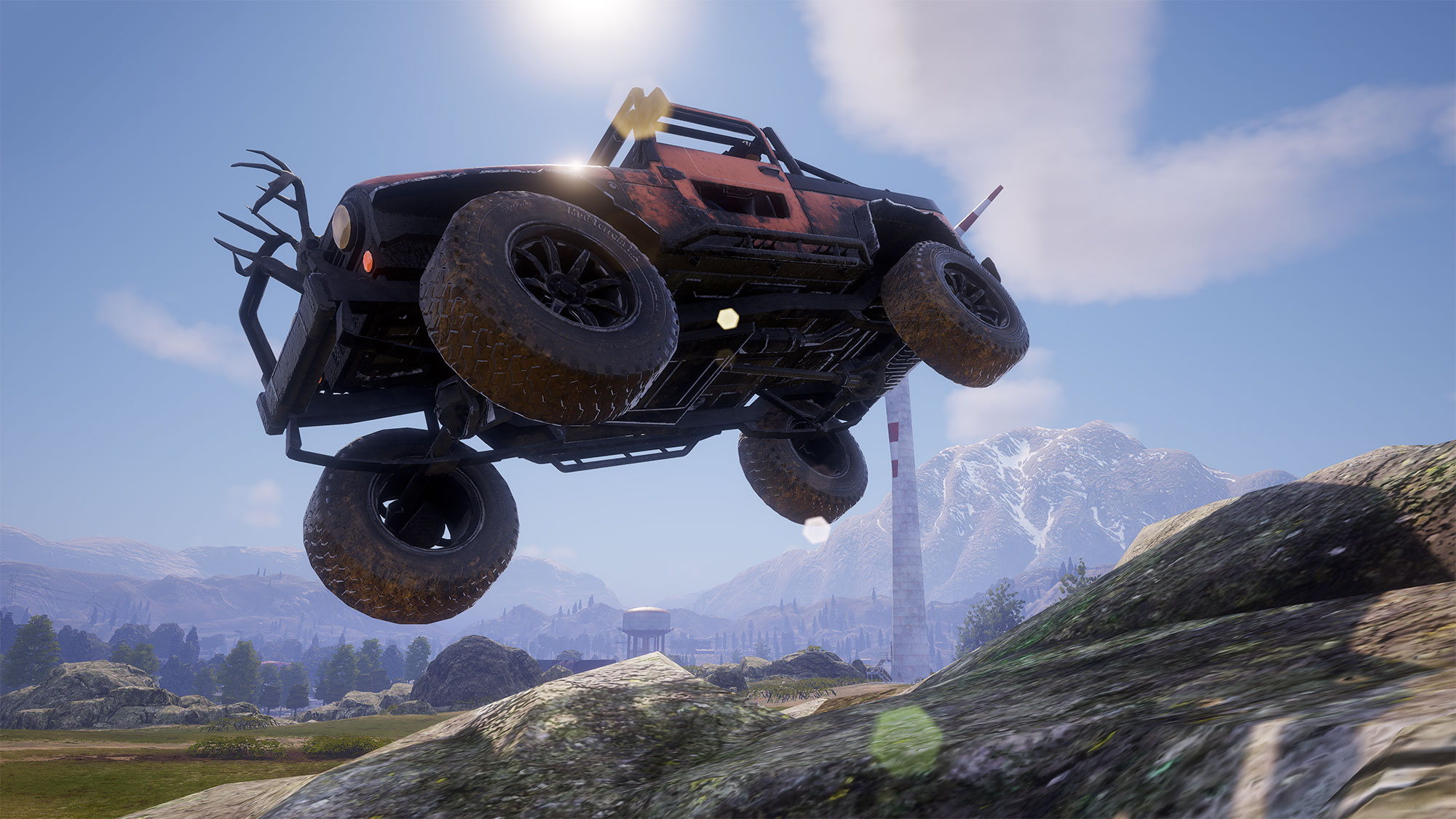 Another thing worth noting is the fact that this time around the game also features online co-op. While I only tested out the feature for roughly an hour, online co-op worked great and also made the State of Decay 2 feel less repetitive thanks to the company of another human player.

Though the game likely won’t appeal to everyone, I’ve had far more fun than I expected with Undead Labs’ State of Decay 2.

State of Decay 2 is available on the Xbox One and PC. The game supports Xbox One Enhanced features, including 4K resolution and HDR (it’s currently unclear if this is true 4K or checkerboard).