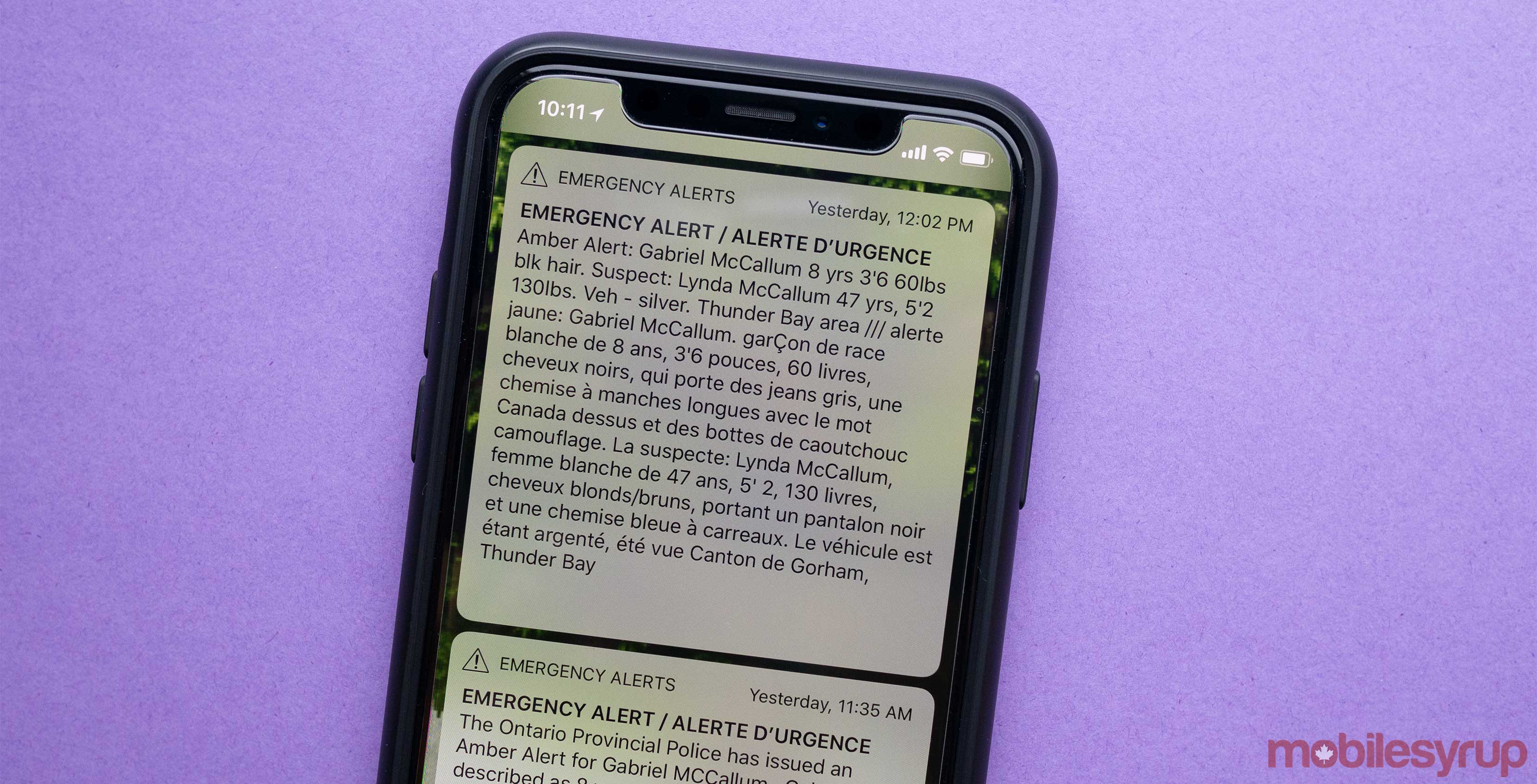 Not long after running a province-wide test, Ontario’s Alert Ready emergency messaging system got its first real-world event today, with an Amber Alert issued for the disappearance of 8-year-old Gabriel McCallum.

Thankfully, the alert was cancelled a short time later, after McCallum was found safe, but the event managed to cause a wave of mixed reactions amongst Ontario residents whose cellphones emitted a loud warning sound not once, but three times.

People took to social media to share their experiences and concerns, which ranged from supportive to annoyed.

Some didn’t understand why the cancellation message deserved the same level of urgency as the original Amber Alert, while others questioned why they were being advised of a disappearance in the Thunder Bay region when they lived hundreds of kilometers from that location.

Okay. I have zero problem with receiving the amber alerts on my phone when a child is at risk, but do you have to give me another mini heartattack just to tell me the child is safe? The "he's okay" alert should either be silent, or have a less 'alarm' like sound. #AMBERAlert

Why am I getting an #AmberAlert fot a kid missing 1,600 miles away?

Did the alert happen as planned? There’s some doubt as to just how effective it was, given that some people didn’t receive any of the alerts.

Jeremy Cohn, a reporter for Global News, didn’t get the alert and asked followers on Twitter if anyone else had experienced the same problem.

Who else didn’t get that #AmberAlert on their phone via the new emergency alert system?

Based on the responses Cohn got, his experience wasn’t an outlier.

Didn't receive the emergency test alert last week but got the Amber Alert twice in the last 15 mins. I'm on Telus and in Toronto.

Of the people who did receive the alerts, some were upset that the messages arrived with a loud warning tone, despite their phones being set to silent mode, while others claimed that the alerts respected their chosen sound alerts settings.

These complaints and criticisms met with some equally supportive reactions, some of which suggested that any amount of inconvenience brought about by the alerts was offset by the safe return of the missing child.

LOL at everyone complaining about the #AmberAlert today. What if it was your child that was missing? Wouldn’t you want everyone in the country to know about it to find them? Sorry your life was disrupted for 3 seconds to inform you about a missing child. Get some perspective.

Nonetheless, some have started to ask what options exist for modifying which alerts show up on phones, including the option of opting out entirely.

ok I love the #AmberAlert system, I really do.

HOWEVER, I do not need to receive an amber alert on my cellphone in Hamilton for someone that's missing in Thunder Bay. All this will do is desensitize people to the Amber Alert system. Localize it somewhat.

That last possibility seems unlikely. When the Alert Ready system went into testing earlier this year, CRTC spokeswoman Patricia Valladao, told The Canadian Press “People cannot opt out of this,” adding, “There is a high importance that people — want it or not — receive these alerts.”

The principle behind this mandatory policy is that when it comes to life and death, it’s better that people get too many messages than too few. “When you’re getting those alerts your life is at risk,” said Patrick Tanguy, an assistant deputy minister with Public Safety Canada, according to CTV.

MobileSyrup reached out to the OPP — the law enforcement body that is responsible for overseeing the operation of the alert system — for a comment on this story but it had not yet responded by publication time.

What do you think of the Alert Ready system? Is it too invasive? Should there be a way to opt-out of receiving some or all of the messages? Is it just right? Let us know in the comments.