A total of 2,275 complaints were aimed at Bell Canada

The Commission for Complaints for Telecom-television Services (CCTS) accepted 6,849 complaints between August 1st, 2017 and January 31st, 2018.

According to the Commission’s 2017-2018 mid-year report, this figure represents a 73 percent increase when compared to the same period last year. 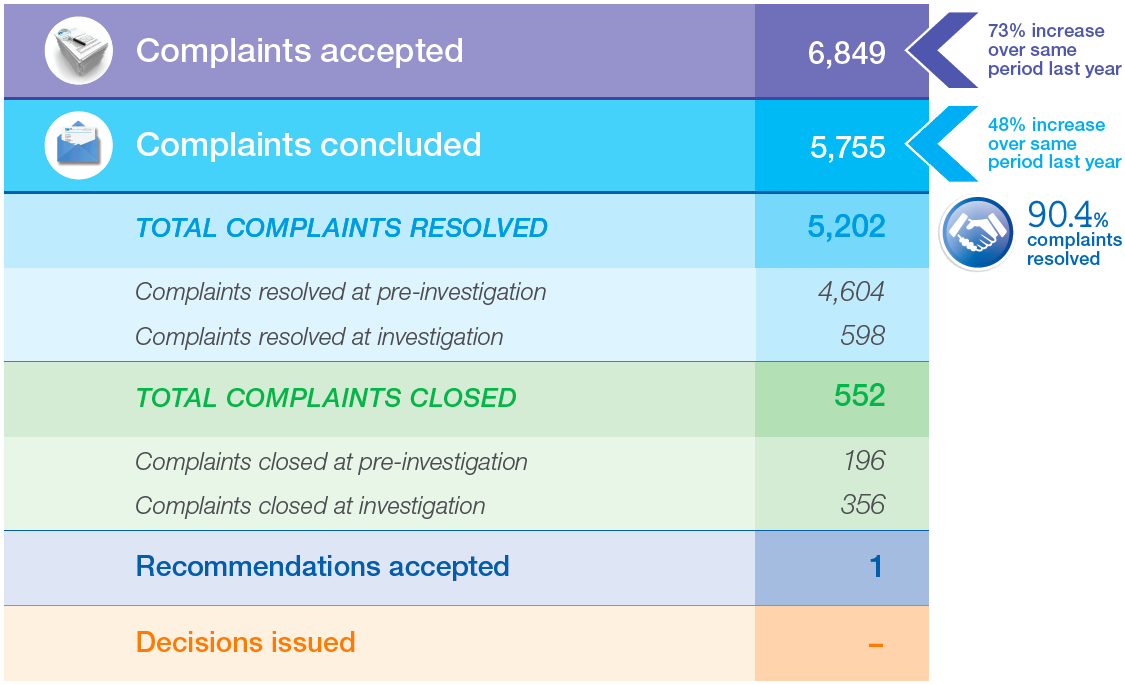 Of the top 10 issues raised in complaints, the non-disclosure of terms/misleading information about terms was the most-raised issue, with 1,023 issues raised. 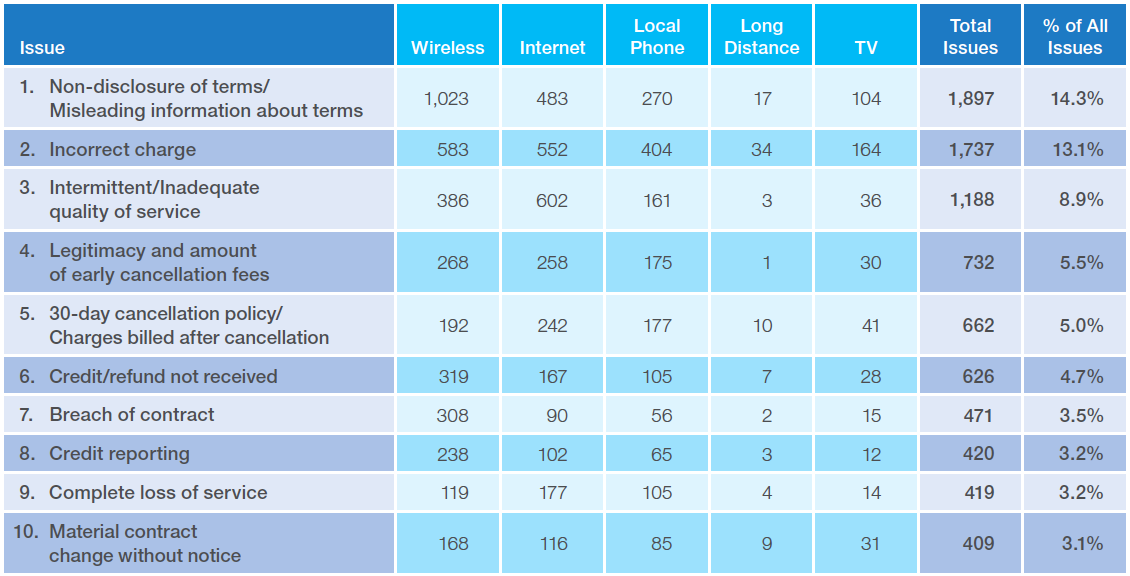 Of the 6,849 complaints accepted, the CCTS was able to resolve 5,202 — 4,604 at the pre-investigation phase and 598 after an investigation had been completed.

Additionally, the CCTS closed 552 complains — 196 at the pre-investigation phase and 356 after an investigation had been completed.

“All major service providers experienced increases in complaints, which is largely due to greatly increased awareness of the CCTS and its services,” said a Bell spokesperson in an email to MobileSyrup. “It’s surprising the commissioner highlighted Bell as having the most complaints considering we do have the most customers by far and our proportion of overall complaints continues to decrease more quickly than our competitors.”

Rogers Communications came in second, with 707 complaints — representing 10.3 percent of all mid-year complaints.

“We strive to deliver the best possible experience to our customers including a key focus on being clear, simple and fair in every interaction,” a Rogers spokesperson told MobileSyrup via email.

“Telus has had the fewest complaints of any national carrier for the last six years, a position we earned through a relentless focus on putting our customers first,” said Arleen King, Telus’s senior vice president of customer experience, in an email statement to MobileSyrup. “The CCTS mid-year report shows that we have 511 opportunities for improvement and we will take these customer complaints, along with the feedback we receive from our customers every day, to heart.”

“Our commitment to making customers happy is our top priority, and our ultimate goal is to bring our complaints down to zero.”

Additionally, while MobileSyrup previously reported that the CCTS received more than 1,600 complaints regarding Telus flanker brand Public Mobile’s decision to raise the prices on its $40/4GB promotional plans, it’s important to note that this particular report summarized complaints submitted between August 2017 and January 2018.

The Public Mobile price hike news broke in February 2018, and the CCTS would not have logged this avalanche of complaints in its 2017-2018 mid-year report.

The CCTS also received a number of complaints that weren’t covered by the Commission’s mandate.

While the Commission didn’t specify how many ‘out-of-mandate’ issues it received in total, it noted that customer service concerns like long wait times and rude representatives accounted for 2,163 — 26.9 percent — of all out-of-mandate complaints.

General service provider operating practices, like terms of fair use policies and the contents of plans and packages, accounted for 1,454 — or 18.1 percent — of all out-of-mandate complaints.

The CCTS reported in its 2016-2017 annual report that it had received 9,097 complaints from Canadians. Based on this 2017-2018 mid-year report, it seems that Canadians are on track to beat last year.

The Wireless Code of Conduct

The CCTS received 1,712 alleged Wireless Code breaches, and chose to investigate 174. Of these alleged breaches, the CCTS confirmed 43 and rejected 131.

CCTS commissioner Howard Maker said that the Commission “did not predict this significant increase in workload,” in an April 10th, 2018 CCTS media release.

“As a result, we are experiencing some delays in handling customer complaints at the investigation level of our process,” said Maker, in the same media release. “But we are working very hard to increase the available resources in order to return to our expected customer service timelines.”

John Lawford, the executive director and general counsel for the Public Interest Advocacy Centre (PIAC), has once again called for an investigation into telecom sales practices.

“Canadian consumers are sending a clear message that they are being poorly treated by, and are suffering from misleading sales practices of, Internet, wireless, home phone and subscription TV services,” said Lawford, in an April 10th, 2018 PIAC media release. “Such a dramatic increase must be investigated by the Canadian Radio-television and Telecommunications Commission.”

Fido increases the price of its 10GB data, talk, and text plan twice in two weeks