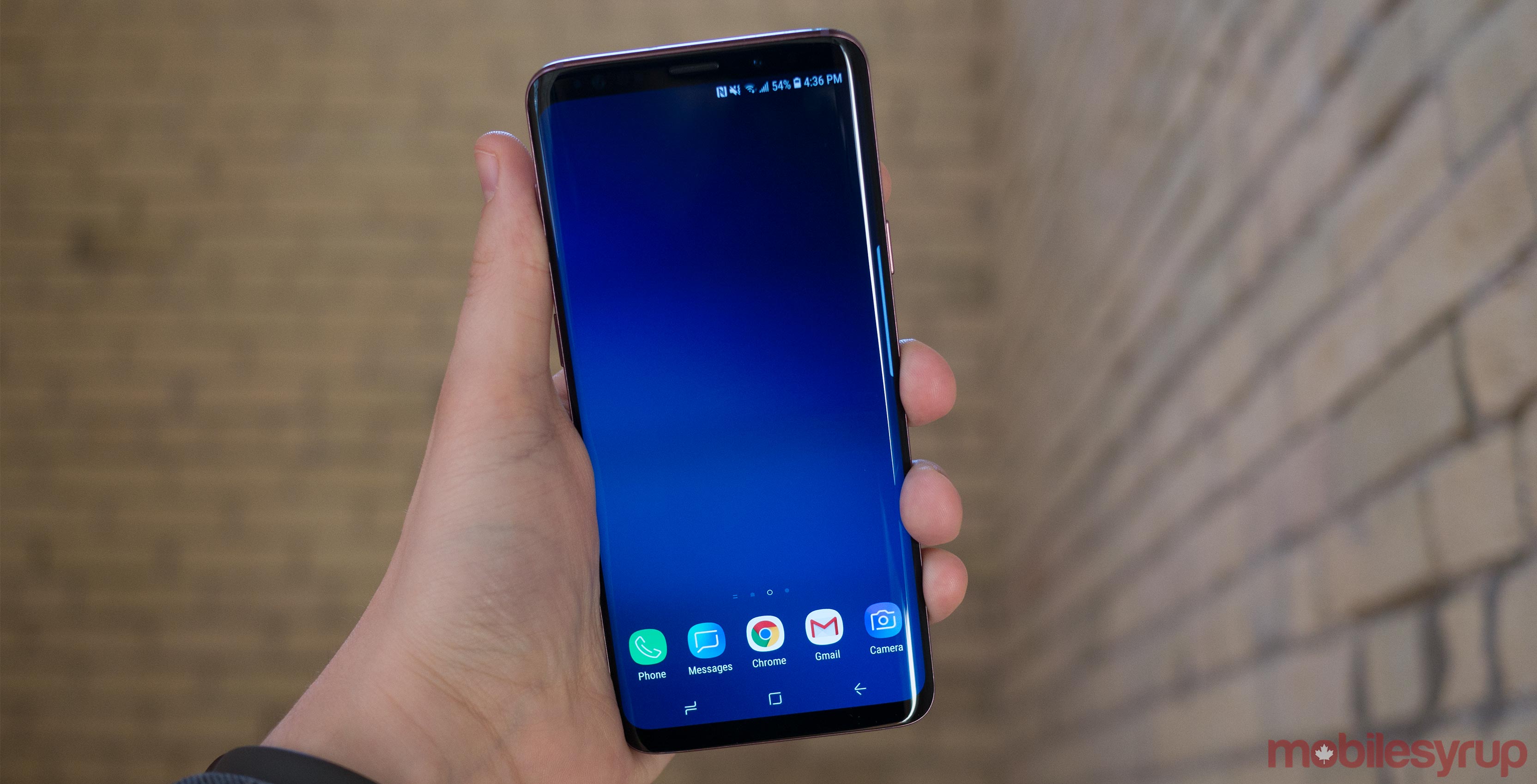 Over the past week, a variety of reports — both on Reddit and the company’s official support website — have sprung up, complaining of so-called touchscreen “dead zones” on both the S9 and S9+. Based on the scattered reports, the issue appears to be more common on the S9+.

The GIF below, recorded by Reddit user bobdurfob, shows the problem in action.

In a statement issued to Engadget, Samsung says the issue isn’t widespread:

At Samsung, customer satisfaction is core to our business and we aim to deliver the best possible experience. We are looking into a limited number of reports of Galaxy S9/S9+ touchscreen responsiveness issues. We are working with affected customers and investigating.

We encourage any customer with questions to contact us directly at 1-800-SAMSUNG.

We’ve reached out to Samsung Canada to see if any Canadian users have reported touchscreen issues with their new S9 smartphones. We’ll update this article with a response.

In the meantime, let us know if you’ve had issues with your S9’s touchscreen.